‘The Vampire Diaries,’ ‘The Originals’ cast and crew congregate at PaleyFest 2014 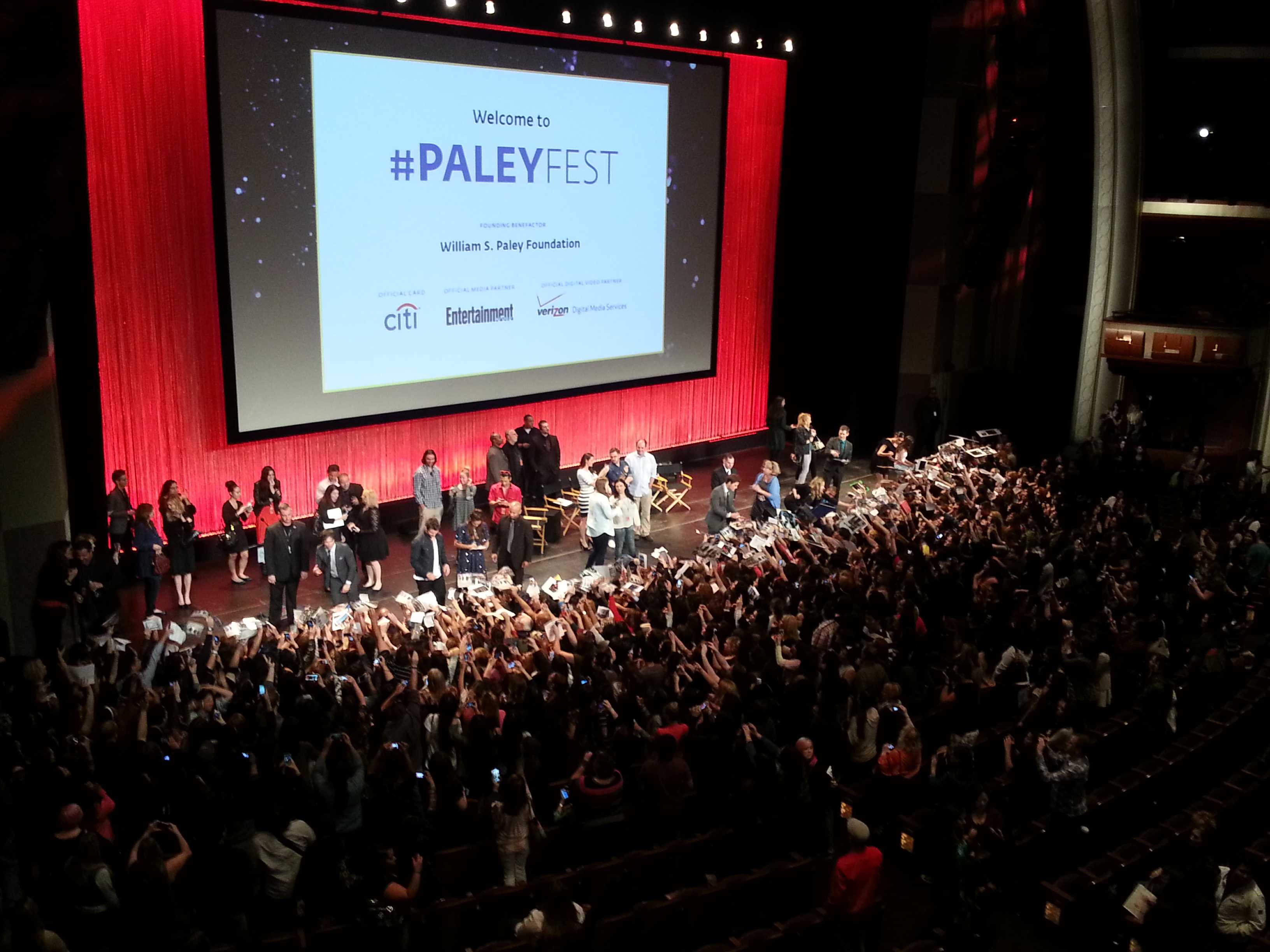 Fans scream for cast members of "The Vampire Diaries" to sign autographs for them at PaleyFest 2014 Saturday night at the Dolby Theatre. Photo by Gabriela Rodriguez, Daily Sundial

The William S. Paley Television Festival connected fans with the cast and creators of the television series, “The Originals” and “The Vampire Diaries” as part of a series of panels with other programs spanning the two-week celebration of pop-culture and icons in media.

The panel was held at the Dolby Theatre where over 2,000 fans waited in their seats, anxious to meet their favorite stars.

Jarett Wieselman, senior editor of Buzzfeed was the moderator for “The Originals” part of the panel.

“There is nothing like the show ‘The Originals’ or ‘The Vampire Diaries’ in today’s day and age,” he said. “I’m excited to be here and celebrate with the rest of the fans on how great these shows are.”

An exclusive clip of the upcoming episode of “The Originals” previewed the bickering of the Mikaelson brothers, Elijah, played by Daniel Gillies, and Klaus, played by Joseph Morgan.

Wieselman asked producers and the cast questions regarding the success of the spinoff series and what it was like working on another show aside from “The Vampire Diaries.”

“What’s so cool about ‘The Originals’ is that it gives the original family of vampires more screen time and the ability to add layers to characters that you might think are flat, when they are actually much more complex” said Plec.

Gillies described his feelings when he found out the original family was going to get their own television show. “It all happened so fast,” he said. “We all had fantasies about it and without us knowing it, it materialized much quicker than we imagined. I knew that it would be very unique.”

For Morgan, “The Originals” is like a mob crime family drama since the story centers around the Mikaelson family, the first vampires.

The second half of the panel was moderated by E! News reporter Kristin Dos Santos for “The Vampire Diaries.”

The themes of death and resurrection occupied the discussion. More specifically, the death of Katherine Pierce, a central character to “The Vampire Diaries” world, was addressed.

Executive producer Caroline Dries replied to one of the twitter questions on the whereabouts of Katherine’s character.

“Katherine Pierce is the center of the whole series. She was the reason for everything that happened, and we wanted to pay off her character by having the most epic death possible,” said Dries.

Katherine’s character was portrayed by Nina Dobrev, who also plays the role of heroine Elena Gilbert. Gilbert is still alive and well on the program.

Ian Somerhalder, who plays the heartthrob Damon Salvatore, described the difficulty of losing characters in the show.

“You build these relationships with the other actors on the show and the next thing you know, their character is gone. It’s hard knowing that at any given time, anyone can die.” said, Somerhalder.

Somerhalder jokingly gave advice to his fellow colleagues, “Show up on time to work, know your lines, be a good boy or good girl, and maybe you’ll survive.”

At the end of the panel discussion, fans were invited to stay after for the chance to get autographs from the cast of “The Originals” and “The Vampire Diaries.”

Shouts of “I love you Ian!”, “I love you Paul!” and “I love you Joseph” filled the theatre in the speakers’ hopes of getting their favorite idol’s attention.