AS presidential debate brings pretty words but no answers 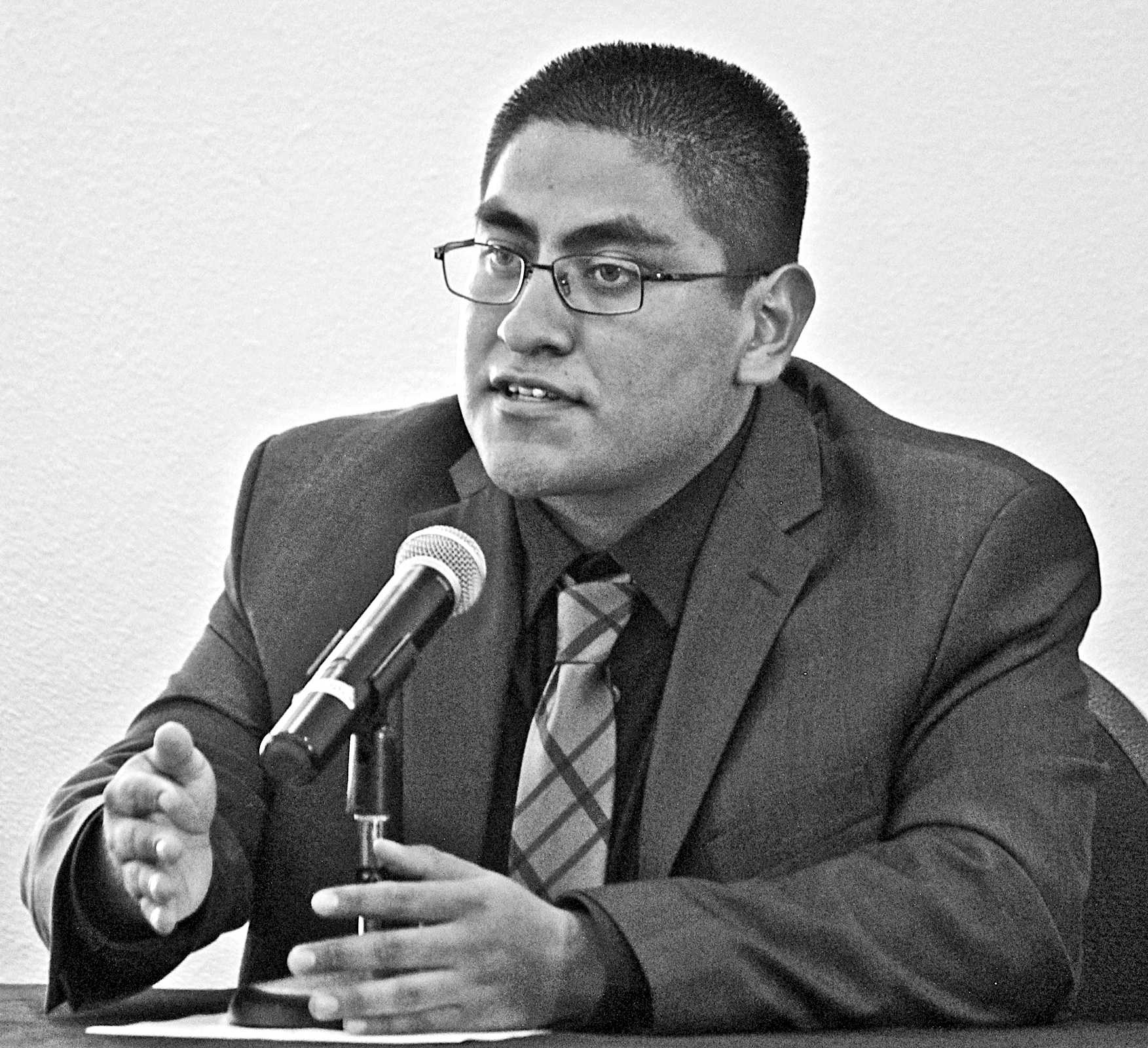 Jesus Martinez Ramirez, president candidate for the "Student Success" platform, speaks during the A.S Presidential Debate, Monday, in the Flintridge Room at the USU. Election days will be on April 1st and 2nd, and there will be on-campus polling locations. Photo Credit: Lucas Esposito / Daily Sundial

One of the most remarkable ironies I see around the CSUN’s campus is Associated Students (AS). Bluntly put, we as students know that AS exists. We know they deal with the decision-making pertaining to the direction our school takes when it involves students. We also pay an AS fee of $172 per year ($86 per semester)*.

Here’s the deal, AS claims to be the voice of the students, but for most of us that make up the general student population, we don’t exactly know what AS does. That’s the irony. Despite all their self-promotion and proclamation that they represent the CSUN student body, we don’t know what they do.

But perhaps the new candidates running for AS president and vice president will bring change. At least, that is what they claimed they would do during the AS presidential debate on Monday.

Unfortunately, the questions asked were not very inquisitive. They ranged from topics concerning the CSUN sports department and the teams AS members are you most proud of, to what candidates feel is the role of an AS presidential and vice-presidential candidate.

These questions seemed to be geared to illicit a positive, fluffy answer regarding campus activity. None of the questions asked any of the candidates how any of the proposed changes would be implemented, nor did they critically question the candidates on how their plans  would benefit or affect students.

Even so, the candidates pushed on. Zaich talked about meeting students’ needs in regards to healthy food options on campus. Part of the healthy food plan was trying to get a farmers market on campus.

Personally, I wouldn’t mind a farmers market and more organic food options on campus. But what I really would like is lower parking fees, better registration practices and an idea as to where our $176 is allocated.

Although sustainability and healthier food practices are important to some students, these concepts are geared more toward the bourgeoisie. More pressing issues,  such as student debt and tuition fees, should take precedence over the idea of a installing a farmers market.

The other slate mentioned issues which affect students more, like tuition costs, parking permits and class availability. However, they were not clear as to how the new team of AS members would tackle such issues.

Rather, it seemed like they were promoting what AS can do and has done. But as far as to what they can do as AS leaders remained unanswered. There are goals that sound good in theory, but are  useless if they cannot be properly acted upon.

Aside from the candidates’ speeches, the structure of the debate was a complete joke. The event, compared to last year’s outdoor debate, was held inside the Flintridge Room of the University Student Union (USU). The student turnout wasn’t high, but hosting the debate outside would have at least drawn attention to the event from passing students.

Also, there wasn’t much done in the way of advertising the debate. No emails, no notifications, no visible flyers.

Also, the debate didn’t give much time for opposing candidates to truly explain their stance and their plans for CSUN. It might have also been up to the candidates themselves to cut through the political blunder and get to their plan of action.

It is important to note that the students in the audience weren’t even given a chance to ask the candidates questions, yet AS is allegedly the voice of CSUN students. Denying the audience their right to ask questions defeats the idea of AS being the voice of the students. Rather, it seems as though they are only there to push an agenda without much public input on their plans.

Think about it— if AS can put up an event as grandiose as Big Show, shouldn’t they be proficient in allocating more time and resources in order to host a more involved election process?

Hosting a debate now, with such a small turnout, and then having an election within a week isn’t exactly a good time frame for both parties to campaign and garner support.

To top it off, it doesn’t give students a lot of time to consider their options and make an informed vote. On a larger scale, American presidential campaigns last for months, and make a significant effort to reach out to communities for votes.

Just a quick suggestion: More than one debate should be held before voting takes place to give candidates more of an opportunity to express their plans, and for more students to be able to attend.

This small time frame makes it seem like as though the elections were planned last-minute and were not taken very seriously. If AS wants the CSUN student body to take them seriously they should probably make an effort to make it known that they take the election process seriously, as well. If they’re to be our future leaders, they should be leading by example.

The biggest benefit of AS is most likely to those students who serve in as an elected official. These few students can include their AS involvement on their job resume or grad school application.

But what does AS and its governance really provide to the rest of us, besides a costly fee and a few entertainment opportunities on campus?

If AS officials want us to take student government  seriously, they should consider restructuring AS to actively involve students. Make it known that this AS could be beneficial to all students. And a small advice to the candidates, keep to your word.

For a more in-depth question and answer session with the AS candidates from the Student Success slate, check out the podcast below where Opinions Editor Calvin Ratana and Podcast Editor Victor Frost talk with Jesus Martinez-Ramirez and Taylor Burt after the Associate Students Election Debates.