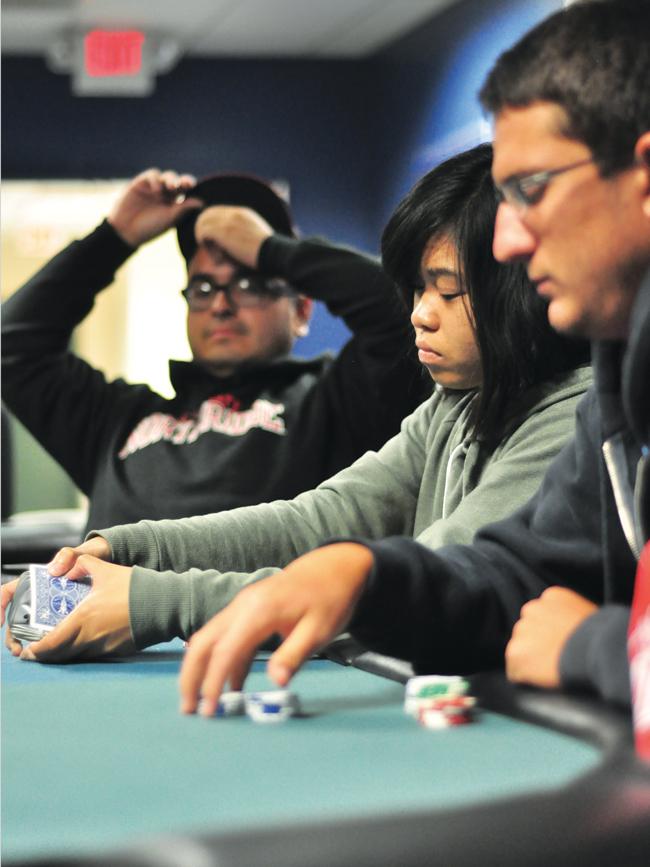 Just a handful of students came out Tuesday night for the University Student Union’s Casino Night. Some of the attendees wish that more students would show up for the events.

Alex Jones, a senior marketing major, was very disappointed with the turnout.

“To throw an event with free pizza and only have six or seven people come out shows very poor marketing,” Jones said. “A lot of people come in to the Games Room not even knowing that there’s an event.”

Travis Nguyen, the commercial services assistant for the Games Room, said that there were was a significant marketing effort for Casino Night.

They did a promotion with casino chips with different numbers and colors and gave them away via Facebook, Twitter, and Instagram, Nguyen said. Each chip could be cashed in for different prizes the night of the event, but not one student brought a chip in.

Nguyen thinks that a lot of students don’t come out to the event because they didn’t know that it was free.

“A lot of people think that you have to pay,” said Nguyen. “People always ask, ‘Is it free?’ I think more people would come if they knew it was free”.

All of the students that did come out for the event, came to play Texas Hold ‘Em poker. The Games Room used to host regular poker tournaments last year, but replaced them with Casino Night once per semester this year.

Lestor Geronga is a junior graphic design student and a returning poker champion.

“I used to play poker for the tournament two years ago and I got first place,” Geronga said. “I came tonight because I haven’t played in a while and I thought it would be fun.”

“I came out for a little community bonding poker tournament, I was lucky enough to win it last year, so I’m out here trying to defend my championship.”

He said it’s all for the love of poker.

“I love to play poker,” Geronga said. “I really do, that’s what really brings me out here tonight.”