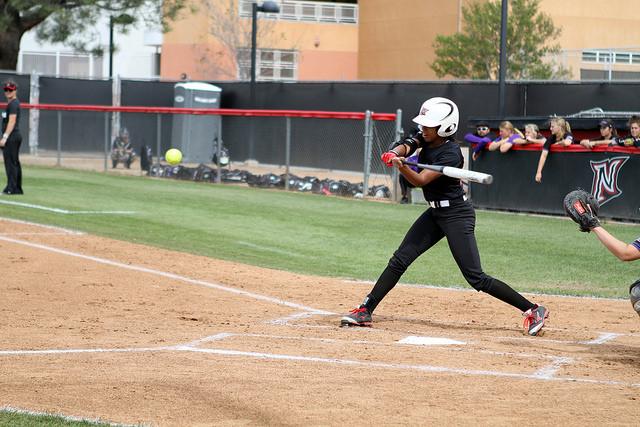 The Toreros started Cassidy Coleman in the circle as their starting pitcher whereas Brianna Elder started for the Matadors in the first game.

San Diego got on the scoreboard first, scoring two runs in the bottom of the third. After Tatum Schultz and Chloe Kaneko were able to get on base, Olivia Sandusky singled to center field. On an error by center field, Schultz and Kaneko reached the home plate.

Northridge tried to comeback in the top of the fifth inning. After sophomore third baseman Maylynn Mitchell walked, and junior right fielder Kaitlin Toerner and junior left fielder Abby Linn singled to load the bases. The next batter would be freshman center fielder Taylor Glover. Glover hit a fly ball to right field that was enough to bring in Mitchell to the home plate to score the single run of the inning.

The Matadors made a run for the win and scored three runs that elevated them to win in seven innings.

At the top of the inning, senior first baseman Tanna Bindi singled to center field. After Mitchell hit a sacrifice bunt, Bindi moved over to second base. Senior pinch runner Leann Lopez would then take over for Bindi. This would set up everything or the next batter, Toerner. Kaitlin singled to left field, sending Lopez home. A batter later, Glover would once again take the plate. Glover ended up ripping  a homerun to right field and this brought in two more runs for the Matadors.

O’Toole pitched for the full seven innings. Sauceda pitched for only 2.2 innings and was charged with the loss after allowing one run and three hits. Junior pitcher Crystal Mass also saw action for 2.2 innings.

In the bottom of the third, the Aztecs were able to do damage and get on the scoreboard first. With two outs in the inning and with senior right fielder Patrice Jackson on base, senior second baseman Katie Mathis tripled down the right field line, providing the offense power to bring Jackson to the home plate to score the first run of the game.

The Aztecs capitalized on all the opportunities they came across to score in the bottom of the fourth inning. The inning started with junior designated hitter Kayla Jordan getting a hit in the middle. On a Matador wild pitch, an error and a combination of batter being able to get on base, Jordan was advanced to the home plate to bring in the second run of the game for the Aztecs.

On a second error by CSUN, senior center fielder Dominique Dinner got a hit and managed to reach first and second base. This was enough to bring in Connors to score another run.

For the Matadors, the inning seemed endless. Sophomore third baseman Leia Ruiz would then take the home plate, singling up in the middle. Her hit brought Dinner over to the home plate, scoring yet another run. Senior right fielder Patrice Jackson and senior second baseman Katie Mathis would also get on base. With the bases loaded, sophomore first baseman Kayla Bufardeci singled to center field, bringing in Ruiz to score the final run of the inning. After a strong inning for the Aztecs, they got all the power they needed to get them ahead and give them the win.

The Matadors will return to the diamond Saturday in San Luis Obispo, as they face the Cal Poly Mustangs for a doubleheader Saturday.