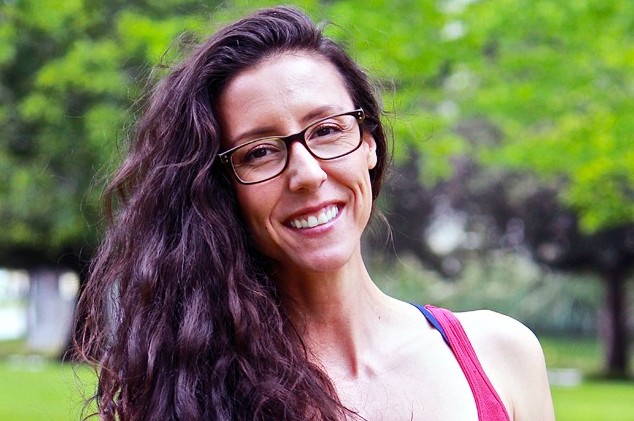 Evina Luna gave education a try, but decided to hold off on college, mainly because she wanted to travel.

Coming from a small town, she wished for a modeling job and the glitz and glamor of the big city. Her dream came true when she became a competitor in Miss Hawaiian Tropic, a bikini competition.

But the party scene soon became a nightmare after Luna was exposed to drugs and excessive alcohol consumption.

Six years ago, Luna, 29, a sociology major, decided to drastically change her life to better herself.

Since February 2008, Luna has been sober, focusing her attention on more positive efforts. In 2009, she went back to school to finish her degree in sociology and along the way, she became engaged to her fiancé, Wil Del Pizzo.

In 2012, Luna and Del Pizzo created their own business called We Care Group Fitness, where they work with men and women on physical and mental workouts.

Del Pizzo, who is certified in nutrition, handles the nutritional aspect of the business. Luna is more involved with coaching because she has always been more of an athlete, she said.

Tessa Niles, 21, who has been a client of the couple for four years, loves to train with Luna.

“I’ve done their private sessions and their weekend group classes and I enjoy them a lot,” Niles said. “That is why I stay with them. It’s individualized so they make it so it’s something that I would want to do personally, instead of the general workout classes.  She makes it fun so I can stay focused the whole time instead of just getting tired towards the end.”

Luna doesn’t like to just work out the clients physically. She enjoys the sociological aspect of it, too.

“What we really want to focus on telling people is the fact that a lot of it is in your head,” Luna said. “A lot of it is construction of what you make of it and how you’re controlling your feelings and emotions. But with working out, it really enhances people’s ability to see within themselves to just be able to feel good.”

Del Pizzo said their company’s philosophy is quite simple.

“‘Practical fitness for practical people,’” Del Pizza said. “I see so many people do so many odd things at the gym because they see someone else do it. Monkey see, monkey do.”

Del Pizzo is more interested in the end goal of a person’s workout, and how they will get there.

“The real question is why and what is the purpose,” Del Pizzo said. “Sometimes it is fun to really push the limits to see what the body can do but that has a specific purpose. We trim the fat on useless exercises and do things that work and enhance people’s lives.”

Del Pizzo also said Luna inspires him to do better every day because of everything that she has and everything she has fought for.

“She takes on the world and never gives up,” Del Pizzo said. “When she locks in, she achieves.”

Luna started participating in bikini competitions in 2011 and has risen up the ladder as a competitor.

The Palm Springs native has been modeling for 20 years, with her start at Hawaiian Tropic. But after finding how destructive the environment was, she regained her passion for bikini competitions through an organization called the National Physique Committee (NPC) in 2011.

Through NPC, Luna is now sponsored by two brands, CNP Performance, a supplement company, and Hylete, a clothing company.

Luna has won numerous of awards, her most recent one being first place in the F-Class of the bikini competition during the NPC West Coast Classic in the summer of 2013.

Luna has also created a blog where people can contact her for helpful tips and ideas. Her site, evinaluna.blogspot.com, features posts about skin care and food, and promotes healthy lifestyles.

“I share what I’ve learned through my experiences with other people because other people don’t know my story,” Luna said. “They usually just see a girl in a bikini with a great body, (but) the real story is underneath my skin.”