The era of emo pop-punk is trying to make a come back, it’s not working 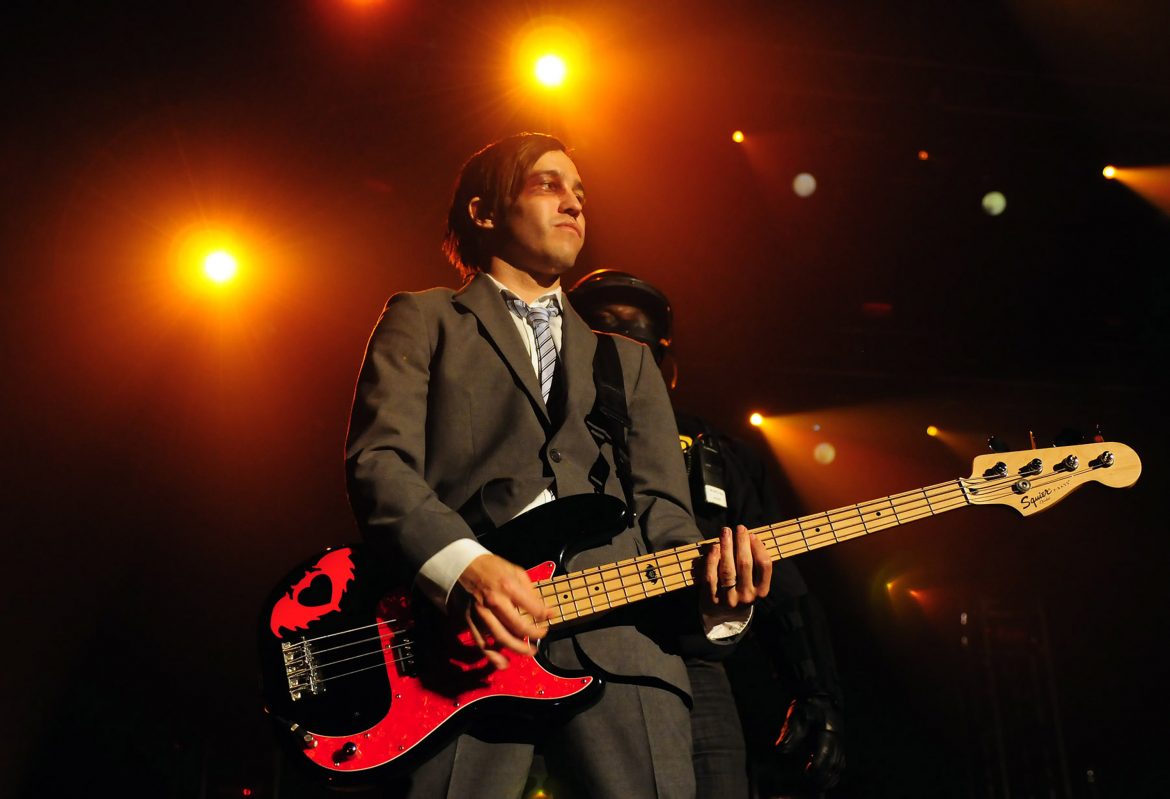 Guy-liner and style change aside, there will always be a soft spot for Pete Wentz and company in the hearts of girls across America. | Courtesy of MCT

It’s safe to say that when it comes to the hipster music scene, the relative pervasiveness that made it once so truly underground has proliferated into a widespread dissemination of fandom and buzz.

It would be difficult for one to go a day without hearing Haim or Bastille, much less avoid a pissing match on who discovered Chance The Rapper’s mixtapes first (for the record, it was me).

Despite the unravelling of the so-called “indie” and hipster music scene into the musical vernacular, odd names have been popping up on the radar — creeping up the charts of iTunes, the marquees of infamous venues and on one’s news feed.

Who are these odd names you ask? That question can be answered with yet another query: how well do you remember Panic! At The Disco (furthermore, where are you hiding their CDs)?

Yes indeed, the likes of Panic!, Fall Out Boy and Paramore are peering out from the rubble of 2005 and setting the gears in motion to make a comeback.

Having just announced a joint summer tour, Fall Out Boy and Paramore are seemingly grasping at straws for attention. Both bands have recently released new material, and despite incredibly mixed reviews, refuse to believe that their fan base has been completely depleted.

It doesn’t stop there either – Taking Back Sunday, Panic! and a handful of others from the same emo-rock genre have seen a resurgence of sorts, from new albums to gigs to blurbs in Rolling Stone. It sounds crazy, but your ‘05 self may be able to take a semi-nostalgic tour of all the artists you tore up t-shirts to. New hits are vaguely reminiscent of the singles of yore.

Many bands undoubtedly seemed most concerned with changing their image. No longer do the emo-core elites wish to be associated exclusively with Warped Tour and preteens with Amy Winehouse-esque hairdos, but more sophisticated and streamlined acts whose careers are begging for critical and commercial respect. It would be safe to say no band is so radical as to alienate existing and remaining supporters. They instead seek a musical facelift that understandably goes hand-in-glove with maturity.

Fall Out Boy’s latest album, “Save Rock and Roll,” had their ethos directly in the title. Though not necessarily an outstanding musical feat, it nonetheless showcased a step in a different direction, the band having lied dormant since 2008. “Save Rock and Roll” created a great deal of pathos for the group — both in lyrical pleas of saving the genre as well as less niche-oriented song crafting, a la Fall Out Boy no longer wholly interested with rebelling — rather, in filling a rock void.

Not to be outdone, Panic! At The Disco has seen a massive rebranding over the past few years, genre bending and lineup changes abound. They have run the gamut from emulating “Sgt. Pepper” to a brit-rock foray in 2011 to their most recent radio friendly material, rife with material to be sampled and remixed.

None of the related acts have been entirely stagnant, per se. In reality, they’ve been priming themselves for that 10-year comeback.

Having seen their members shift, in addition to experimenting with new sounds and stylings, both bands have made concerted efforts not to further compartmentalize themselves.

However, one has to ask – how feasible is their resurgence?

The real question is how viable will the so-called comeback be? A fair amount of coverage has been circulated, but it seems just for novelty’s sake without the burgeoning influence of Myspace that was arguably the lifeblood for so many bands of Fall Out Boy’s era. Facebook and Instagram certainly aren’t conducive to that sort of pull, unless of course the members of Paramore plan to dress like Beck and pack news feeds with cats.

Undoubtedly, the once-pervasive Fueled By Ramen label held the cards for success in years past. With a roster of acts stacked with the likes Fall Out Boy, Panic! and Cute is What We Aim For, success and fame seemed inevitable for a packaged deal of sorts.

Considering the now massive dissolution of a solely pop-punk genre on Fueled By Ramen, the label did exceedingly well for promoting an exclusively alternative music scene. That is to say, when Fall Out Boy succeeded commercially, everyone succeeded, and vice versa.

Current Ramen signees such as Fun. and Young The Giant are experiencing a similar co-opted rise to fame on the hipster scene. Festivals and tours see hipster-pop acts on Ramen touring together, a tactic no doubt derived from the “From Under The Cork Tree” days.

Other than word of mouth, what do these bands have in their favor to help popularize them once again? It’s a sad truth, but there’s most likely not much. There’s no compelling evidence that any of these bands will maintain anything more than a gimmicky rise in popularity, something no band should solely rely on.

However, there should be some praise extended to them. One has to hand it to any band that goes to great lengths to further themselves musically, even if the end result is somewhat a moot point.

It would take something monumental to sway the tide in the favor of middle school music, such as a guest spot for Panic! on a Pharrell song or Rick Rubin’s immaculate production on a forthcoming Fall Out Boy album.

The entire resurfacing pop-punk wave of late seems like yet another case of false resurgence, despite hype following the Paramore and Fall Out Boy tour. Try as they might, the times are a–changin’.

There will always be a slowly aging fan base for Pete Wentz and company, but nothing that another shiny new musical regime can’t overthrow.