Redskins can have Desean Jackson’s “all me” attitude 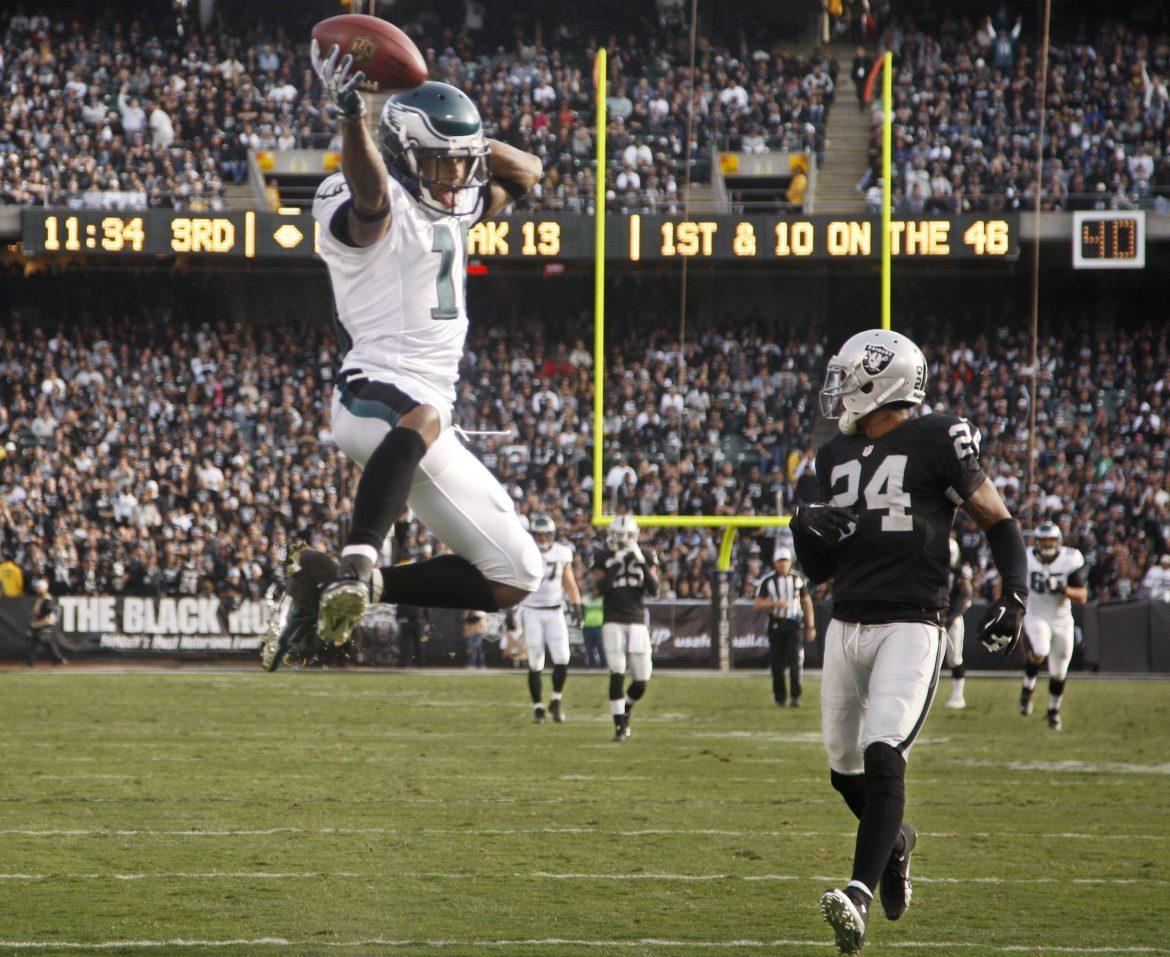 Desean Jackson officially signed a 3-year, $24 million contract with the Washington Redskins yesterday. Jackson’s deal comes a week after the Redskins’ NFC East rival Philadelphia Eagles released Jackson, despite the best season of his career. In 2013, Jackson racked up more than a 1,000 yards recieving on 80 receptions.

After the article, Jackson was slammed by the mainstream media, despite his own statement saying he has no affiliation with any gang. His former employer, the Eagles, did not comment, but they could have to protect his image. Instead, they said nothing and let Jackson take heat to justify their release of the talented the player.

Either way, the Eagles did not release Jackson because of his gang ties. With the amount of spending power NFL teams have, his gang ties would have been red flags even in the draft process seven years ago.

However, Jackson has established a reputation as a “me” guy. He missed a meeting in 2011 because of one of his contract disputes. Often, Jackson has used the media to talk about himself, his offense, his statistics, and his “Desean Jackson’s” Eagles. However, he has never committed a crime, nor been suspected of one. LAPD has not affiliated him with any gangs or crimes. In fact, Jackson is an advocate for anti-bullying.

Former Eagles head coach Andy Reid tolerated Jackson’s self-important personality because it helped him win games. Now, second year head coach Chip Kelly’s collegiate background leads him to believe he can build a team with high-character guys. Nothing changed with Jackson, but something did change within the Eagles. Jackson didn’t fit the culture change and he was released. This is even more evident by the team’s decision to offer wideout Riley Cooper a contract extension despite his own controversy over racial comments this past offseason.

Once he was released, many teams expressed interest in the Pro Bowl receiver. However, just as fast as teams were rumored to have interest, they quickly dispelled those rumors. Contending teams such as the New England Patriots, Carolina Panthers and even Reid’s Kansas City Chiefs expressed no interest in Jackson.

Even the Berkeley graduate’s hometown Oakland Raiders, whose fans started a grassroots campaign on Twitter with the #djaxtooakland accumulating 150,000 tweets, did not make a run at Jackson even with their cap flexibility.

Washington was Jackson’s only scheduled visit. It was not a close arms race for Jackson, because Washington was the only team willing to accept his braggadocio.

Jackson fits the culture that has tried to win championships through other “me” acquisitions in free agency. The past big-name offseason additions of Mike Shanahan as head coach, Donovan McNabb at quarterback and Albert Haynesworth as defensive tackle were supposed to bring championships but none panned out.

Owner Daniel Snyder has a history of making high-risk free agency acquisitions regardless of long term salary implications. Snyder himself is a “me” guy, evident by his refusal to change his offensive franchise name.

So Jackson signed with the Redskins because they were the best fit for his “me” mentality. They are a team not afraid of breaking the bank for a championship, and Jackson is not afraid to accept a ton of money.

Jackson and the Redskins are a match made in heaven. They know how to steal headlines, and we will see if they can actually win games together. Otherwise Jackson could find himself as a free agent again next season.