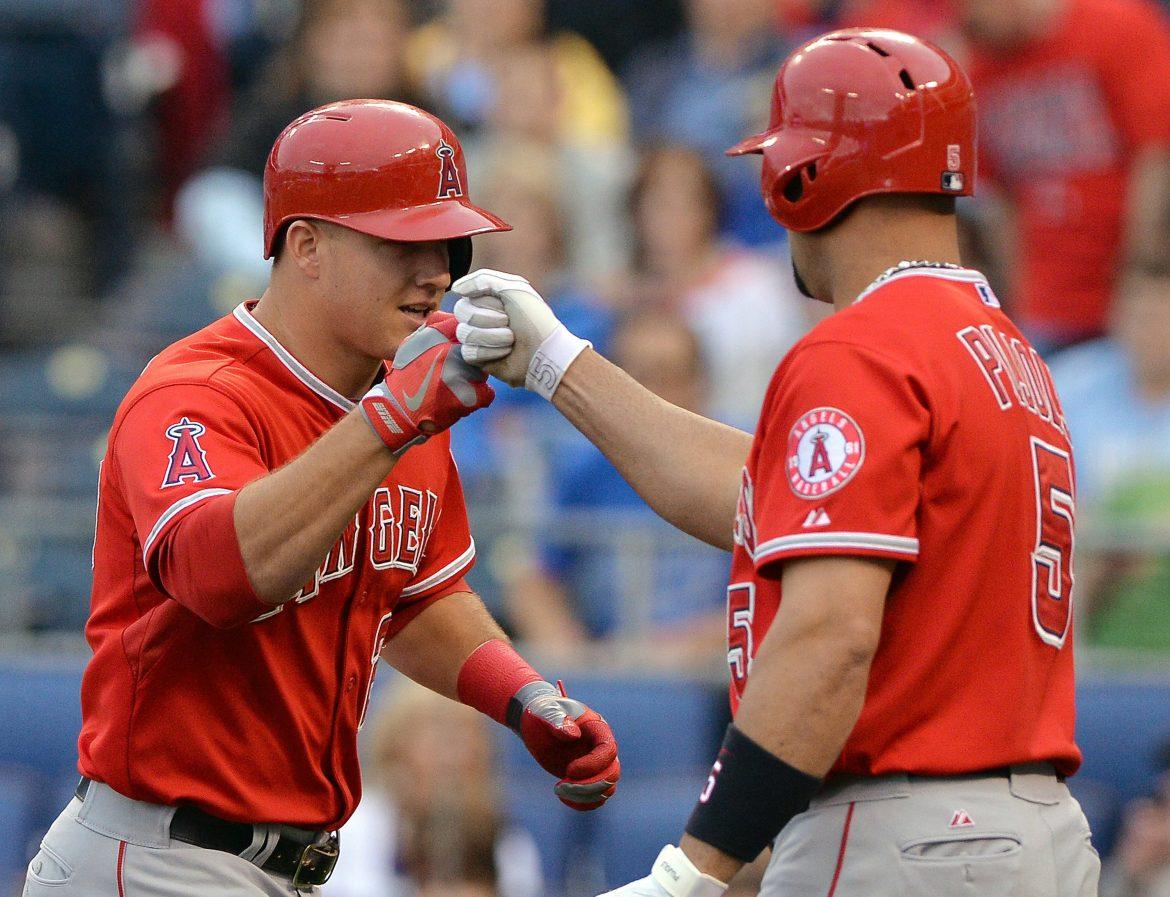 The American League has a handful of good teams, but who will prevail? The AL Central won’t be competitive, but multiple teams will battle for the top spot in the West and East.

The Los Angeles Angels will be the top dog in the AL West if they can stay healthy. First baseman Albert Pujols returns after a dismal 2013 season and had a solid spring training, allowing Angels fans to blow a sigh of relief. If he and former MVP outfielder Josh Hamilton swing the bat like we are accustomed to seeing, they will take a lot of pressure off the shoulders of star outfielder Mike Trout to produce runs.

They have a solid one-two punch in starting pitchers Jered Weaver and C.J. Wilson. The only concern is if the bullpen pitches better than they did a season ago. In the bullpen, relief pitcher Ernesto Frieri has earned the Angels’ closer position. He recorded 37 saves  and only four blown saves. Yet the knock on him is he is a fly ball pitcher, meaning his pitches are elevated and hitters get under the ball. If he can keep the ball inside the park, the Halos will lock up the top seed. The Angels have to watch out for the Texas Rangers.

The Rangers, who blew last month division leads in the previous two seasons, added run producing leadoff hitter Shin-Soo Choo and slugging first baseman Prince Fielder to boost up their offense. Texas will plan to mash their way to the postseason with a rotation without a true ace.

The AL East may be the toughest division in baseball with four teams always battling in September for the final playoff spots.

The defending World Series champion Boston Red Sox will rely offensively on the bats of designated hitter David “Big Papi” Ortiz and second baseman Dustin Pedroia to claim yet another division title. Yet none of that will matter if starting pitchers Jon Lester, Jake Peavy, and Clay Buchholz cannot protect leads and keep the Sox in a position to win.

The Tampa Bay Devil Rays have a starting pitching rotation with an average age of 25, but may prove to be the best in the American League. The scariest part about their rotation is it will only get better when Jeremy Hellickson returns from the disabled list in June.

The problem with Tampa Bay is can they produce enough run support for their pitchers to secure victories.

The last guaranteed playoff spot should easily be own by the Detroit Tigers in the AL Central. Despite losing Prince Fielder to the Rangers, they have back-to-back AL MVP first baseman Miguel Cabrera and a solid pitching rotation anchored by potential Cy Young candidates Justin Verlander, Max Scherzer and Anibal Sanchez, among the team’s four starters that had at least 13 wins last year.

The Tigers need to find some offense to replace Fielder but are built for the stretch run with their pitching.

The Kansas City Royals are a popular pick to challenge the Tigers after a surprising 86-76 finish in 2013 propelled by young, homegrown talent.

The Royals are not stacked offensively forcing them to focus heavily on pitching. The club hopes that a rotation, which won 31 one-run games and had the best team ERA last season in the AL (2.55) can lead them to a playoff appearance for the first time since 1985.