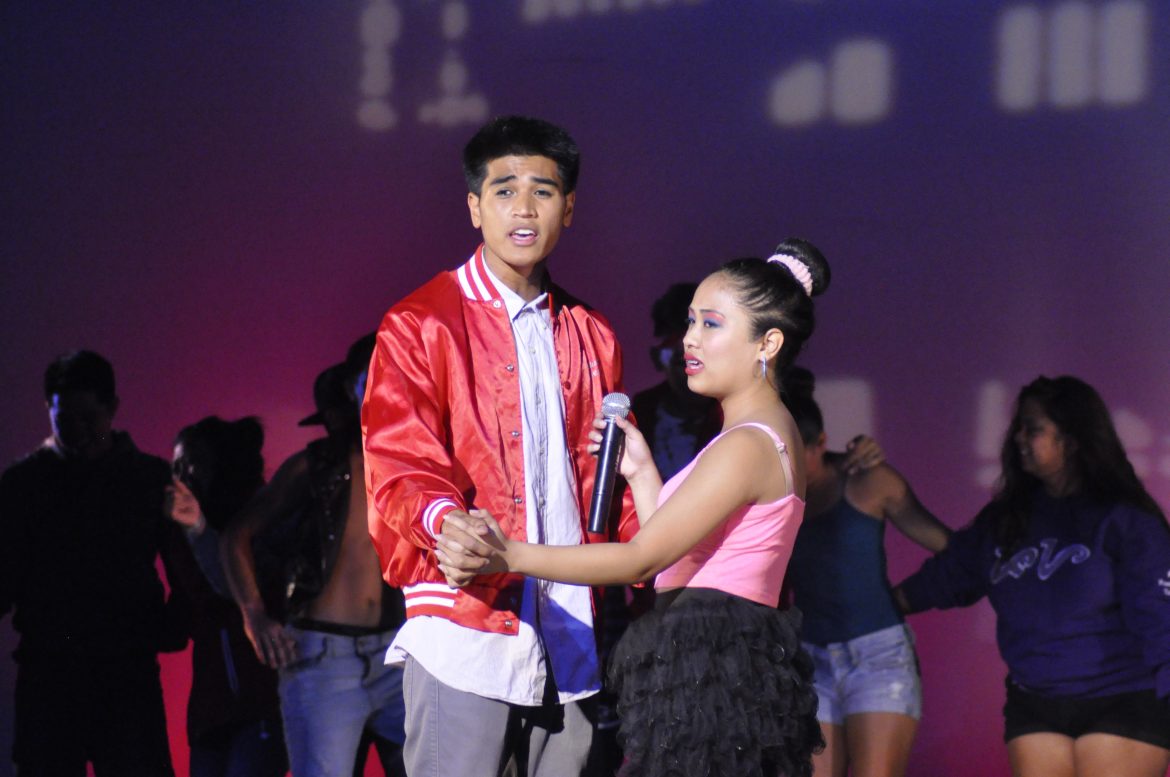 The musical, entitled “Summer Furlough,” tells the story of a young Philipino man, Paolo, (played by Jomel Camilleri) finding love while visiting his brother in the United States.

After Paolo breaks up with his needy girlfriend Nicole, (played by Jazmin Clarito), he sets off on a journey to find the one. Along the way he gets help from his brother Michael (played by Chris Hernandez) and his brother’s girlfriend Eunice (played by Danielle Sumii).

One scene involved Michael trying to get Paolo back on the market by taking him speed dating, which did not go well. One of Paolo’s dates, was a man in drag and another was a girl who practiced witchcraft.

After she revealed her “secret” to Paolo the entire crowd on stage ran to one side as they cowered with fear. The girl then stormed off. Michael then finds Paolo a job at a music store. It’s there that Paolo falls in love with the one of the employees named Allison (played by Diane de Guzman).

After a little flirting and playful banter, Allison professes her love for Paolo. At this point Nicole comes barging back into Paolo’s life. The rest of the musical deals with Paolo trying to choose between the kind and sweet Allison or sexy yet psycho Nicole.

One of the things that separated this production from others were the references to Filipino culture, like when the more Americanized Michael tells Paolo to try to lose his accent by pronouncing his P’s and F’s correctly. “Practice with the word ‘pterodactyl,’” Michael says. After Paolo repeats the word, he knows he’s being teased.

“There’s not even a ‘P’ in that word!” Paolo says. A smug Michael then tells him, “The ‘P’ is silent.” While the musical took place in the modern day and used songs from the 70s and 80s, the cultural dances were the highlight of the night. The dances were interspersed throughout the musical and even included some of the same actors.

The final cultural dance included a group of 12 dancers performing a fast-paced “Tinikling” dance. “Tinikling” is dance where one or two people dance around and between a series of bamboo poles as they open and close.

The speed and footwork required to do this dance was amazing and showed how much practice and effort went into this production.

Ariyana Nues, senior biology major, organized the entire event. “The purpose of PCN is to showcase Filipino culture and traditions,” she said. Nues said the entire cast has been committed to the production from the start. “We’ve been practicing since December,” she said.

Some of the students that participated loved the opportunity to show how multicultural Filipino dance can be.

Ayleen Dimailig, junior public health promotion major, took part in PCN because she wanted the opportunity to share Filipino culture with an audience. “Every cultural dance is different because the Philippines is made up of islands,” she said.

Dimailig said the mix of modern and traditional has been a recent phenomena. “It’s been going on since 2012,” she said. Some dancers joined CSUN FASA because they simply wanted to dance.

Franzette Rodela graduated from UC Irvine in 2013 but couldn’t miss the opportunity to dance in front of a crowd. “I joined FASA because I love dancing,” she said. “I love the rush, the adrenaline.”