Orcas do not deserve to be canned like sardines 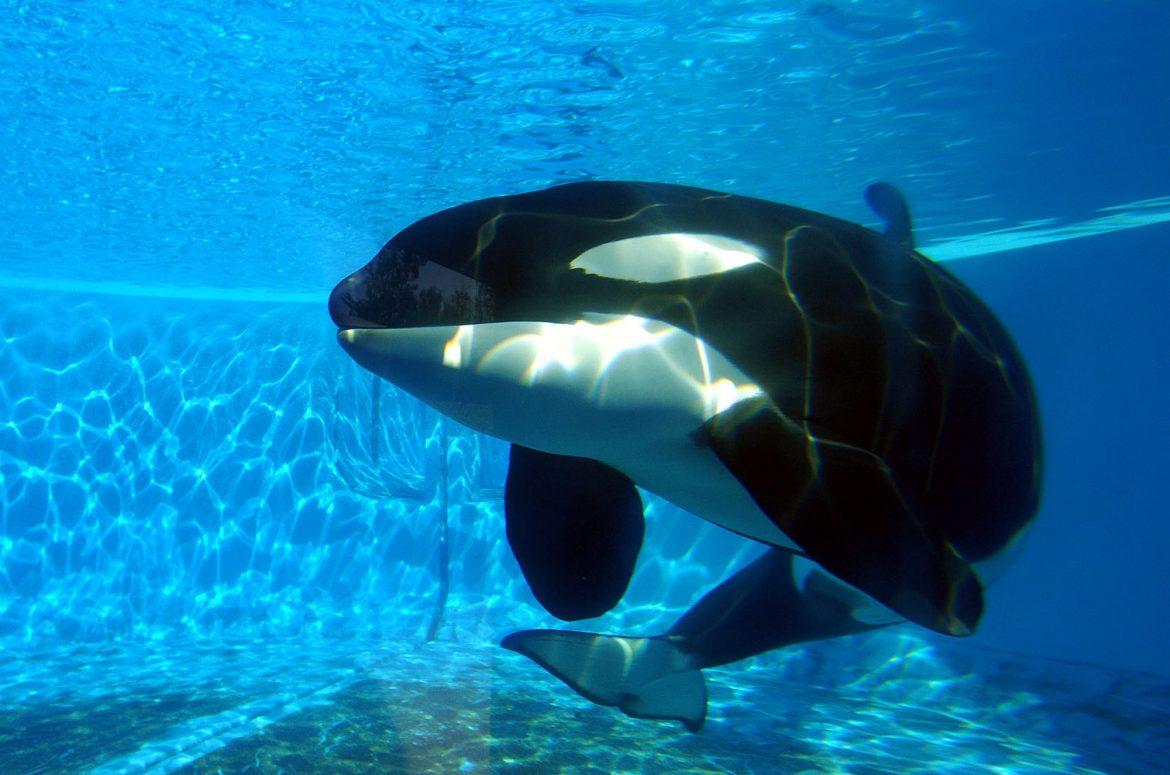 “Blackfish” is a emotion evoking documentary following the story of a SeaWorld whale who is responsible for killing a trainer in 2010. The film has aired frequently on CNN since 2013 and thus far gained a wide audience raising concern for the treatment of orcas’ in captivity.

It inspired California Assemblyman Richard Bloom to act on stopping the cruel captivation and exploitation of orca whales. Bloom’s Orca Welfare and Safety Act proposes making the captivity and use of wild-caught or bred orcas for entertainment illegal. The bill would also forbid the artificial insemination practice used to breed orcas in captivity, while also blocking the import of orca or even their semen into California

In California this would be a direct stab at SeaWorld the company that “Blackfish” talks about throughout the documentary. In the movie, ex-whale trainers and scientists share their insight on how the large animals are kept in tight concrete pools that are far smaller than their natural habitat. These tight quarters are said to be the cause of conflict between whales leading to injuries and psychological trauma.

If this bill succeeds in passing, the SeaWorld in San Diego would have to give up 10 of its in captivity held orcas after rehabilitating them  and making sure they are ready for the wild.

Sea World has thus far denounced the validity of the facts presented in “Blackfish”, saying the documentary is propaganda by extreme animal rights activist.

But who is it that we should believe? Both the filmmakers and the large corporate enterprise have an agenda.

The Blackfish documentary shows the chilling story of Tilikum, a 12,000 lb orca whale who was captured in the late 80s in Iceland and eventually sold to SeaWorld in 1992. Thus far the whale has been involved in the killing of three whale trainers, with the most recent victim being the experienced SeaWorld trainer, Dawn Brancheau, in 2010.

Marine biologists in the movie explain the high intelligence of orcas and their intensely strong relationships with their pod mates in the wild. When captured these large animals that usually travel hundreds of miles per day in the wild, are taken from their pods and brought to live in tight pools with whales that come from vastly different areas with foreign “languages” and “cultures”, as the scientists of the film say.

Think about human children being kidnapped from their families to then be stuffed into a closet with children from other countries. Once a day, aliens would bring them out of the closet to perform tricks for a group of loud crowd of more aliens, whereafter they are taken back to the closet. The experience sounds gruesome.

That is exactly what the filmmakers of “Blackfish” argue. Orcas possess highly developed brain regions corresponding with emotional intelligence. Depriving them of an autonomous social structure that they are used to in the wild is cruel treatment. Tilikum’s violent behavior is speculated to stem from frustration of being confined for 20 years.

SeaWorld seemed bothered about the movie that has spurned so much outrage. In “The Truth About Blackfish” the company directly addresses the content of the documentary saying that it makes “ultimately false and misleading points”, using questionable techniques to create facts that support their view.

Yet in an attempt to enlighten their audience about the truth, SeaWorld seemed to expect that their audience is gullible to believe anything they say.

Their first argument states that the documentary is misleading the audience with their presentation methods into believing that SeaWorld collects wild killer whales. SeaWorld explains that the last time they caught whales was 35 years ago, while in compliance with federal law.

The film shows old footage of men catching whale calves in the wild by a company in Canada who in turn sold Tillikum to SeaWorld.

Another point that SeaWorld tries to make against the film is that the company separated a mother from its calve, while in actuality the “calve” was already 4 1/2-years-old. Although the film shows footage of a young calve with its mother while referring to the older whale, it is mentioned in the narration that the separation occurs at a later time between mother and “calve”.

The arguments seems like a weak and desperate attempt to spin a story that favors SeaWorld. Ironically, their own film revealed uncomfortable information about the company. The truth is, SeaWorld does not deny that they have collected whales in the past and ripped families apart.

One would think that SeaWorld never got a chance to state their side of the story in the Blackfish documentary. CNN reported that filmmakers of Blackfish reached out to SeaWorld for a response and were denied an interview for the film. After the movie was release, in a letter to CNN, SeaWorld accused the film of being inaccurate and misleading. The one-sided effect is thus who’s fault?

In the same document SeaWorld attacks the neuroscientist in the film, who said the captive whales are “emotionally destroyed” and “ticking time-bombs.” They claim these are not the words of scientist but instead they are the words of extreme animal activist using the film as propaganda for their mission.

Although marine mammal biologist Naomi Rose does not use these words in the press conference introducing assemblyman Bloom’s proposal, Rose does state findings that more than half of the orcas held at SeaWorld in San Diego have died long before they reached middle age.

She also mentions how orcas in captivity spend hours at the surface in a behavior called logging, instead of swimming for miles as their counterparts do in the wild. Orcas also swim in family pods in the wild. The captive orcas families are torn apart to avoid inbreeding and disruption to performance according to Rose.

These are some of the concerns that were raised in the film and served for inspiration to start the Orca Welfare and Safe Act by California Assemblyman Bloom. A similar bill, also inspired by “Blackfish”, just passed in New York state’s Standing Committee on Environmental Conservation on March 25. It too would ban the possession and harboring of orcas in aquariums and sea parks.

“Blackfish” accomplished what those “extreme animal activists” were unable to do before, according to Rose’s speech. By raising awareness to a large audience, it was able start a movement which got the attention of lawmakers to act.

Whether the activist behind the film is using propaganda or not is not as important as to what “Blackfish” have given us. The documentary started a much needed conversation about the treatment of captive orcas. It has given a platform for expert scientists such as Rose to speak on the issue and be heard by many. No whale should have to be squeezed into small quarters like tuna in a can.