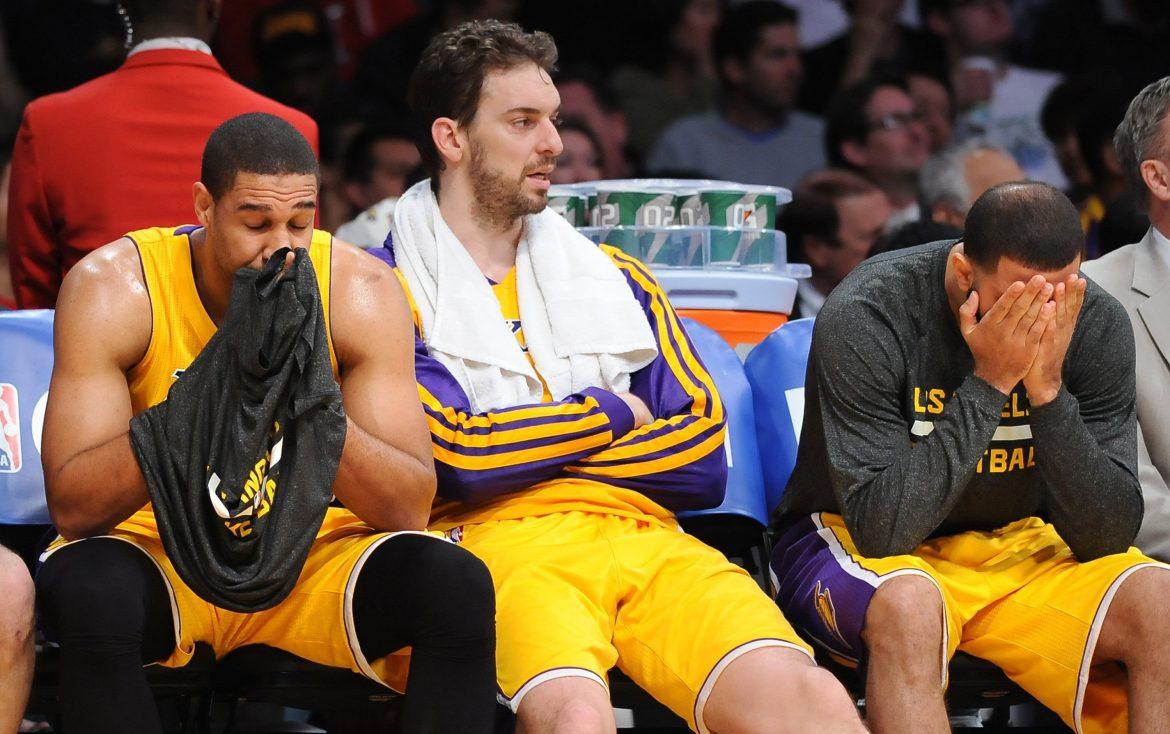 For the first time in the last four years, Los Angeles Lakers forward Pau Gasol stood up for himself. He finally stuck it to the Lakers organization, which has treated him worse than dirt since the 2009-2010 championship season.  The team has cobwebbed Gasol’s mind with trade talks, hired coaches that have benched him or misused his talents, and would have actually traded him for Chris Paul in 2011, if NBA commissioner David Stern hadn’t vetoed the transaction.

Through it all, Gasol has been the consummate professional. He showed up to work, did his job and put up numbers. In the season after his near trade, he still averaged more than 17 points per game, 10 rebounds and shot over 50 percent from the field, according to basketball-reference.com.

But on Sunday Gasol let the organization know that enough was enough. In an interview with Mike Bresnahan of the Los Angeles Times, he suggested that during his impending unrestricted free agency this summer, he will have little sentiment toward the organization he helped guide to two championships in the last five years.

“I think there’s chances,” Gasol told Bresnahan of the likelihood of his re-joining the Lakers next year. “It depends what the conditions are going to be and then I’ll decide what’s best. At this point in my career, I just have to be picky, put my personal feelings aside and look at the whole picture.”

The personal feelings Gasol was describing point to his repeated and almost unwavering desire to stay in Los Angeles. He has told the organization and the media numerous times that his preference is to remain a Laker, and contend for championships.

Last season, when LA still had a healthy Kobe Bryant and Dwight Howard was on the team, Gasol’s name was again being tossed around in trade rumors. But he still had a soft spot in his heart for the Lakers.

“I have a certain level of loyalty here, and I’ve been through a lot of great, amazing things,” Gasol told T.J. Simers in a January interview with the LA Times. “And there have been others that have been hurtful. But that’s life.”

Ever since Gasol helped lead the Lakers to a 16th title in 2010 against the Boston Celtics, the organization has given him the short end of the stick. After Phil Jackson’s retirement the following year, former Cleveland Cavaliers coach, Mike Brown, was hired to lead the team. However, Brown featured center Andrew Bynum on offense, relegating Gasol to the perimeter where he is less effective.

Brown’s Lakers were struggling to find a balance between Gasol and Bynum, according to a January 2012 article in the LA Times. After a 98-96 loss to the Indiana Pacers on Jan. 22, 2012, Gasol was frustrated with his lack of touches in the post.

During Mike D’Antoni’s reign, Gasol has complained even more about his role. D’Antoni is known for his score-first-play-defense-later, fast-paced style of play.

In a revealing interview with Bill Plaschke of the LA Times, Gasol once again demanded more touches in the paint.

During the 2012-13 season, Gasol averaged career lows in points, free-throw percentage and field-goal attempts, according to basketball-reference.com. While he only played 49 total games because of injury, the numbers prove he was being misused in D’Antoni’s run-and-gun offense.

The fact that Gasol has endured his unhappiness for this long is nothing short of amazing. It took Howard only 14 months from the time he asked for a trade from the Orlando Magic to his arrival in Los Angeles. Carmelo Anthony was traded to the New York Knicks after only a few months of public speculation over whether he would sign a contract extension from the Denver Nuggets. Both players were unhappy in their situations, just like Gasol. However, both did not hang around too long for nostalgia’s sake.

Gasol has said he wants to win another championship before he retires. A few years ago, there was a strong possibility that his dream would come true while wearing a Laker uniform. But with the team decimated by injuries for the past two seasons, the coaching situation again in flux, and the uncertainty of what the Lakers can do in free agency this summer, Gasol is better served to kiss La La Land goodbye.

There are plenty of other teams who can use Gasol’s services, and are a better fit for him at this point in his career. The Chicago Bulls need a low-post guy who is able to score, as do the Oklahoma City Thunder. And there is always the possibility of him signing with the Memphis Grizzlies to play alongside his brother, Marc.

Gasol has put up with too much these last four years. The Lakers have not given him the respect he deserves (short of paying him $19 million this season). What was once a match made in heaven has now turned into the relationship that did not end soon enough.

It’s time to let go of Pau Gasol and wait for the next angel to fall out of basketball heaven, and into Los Angeles.