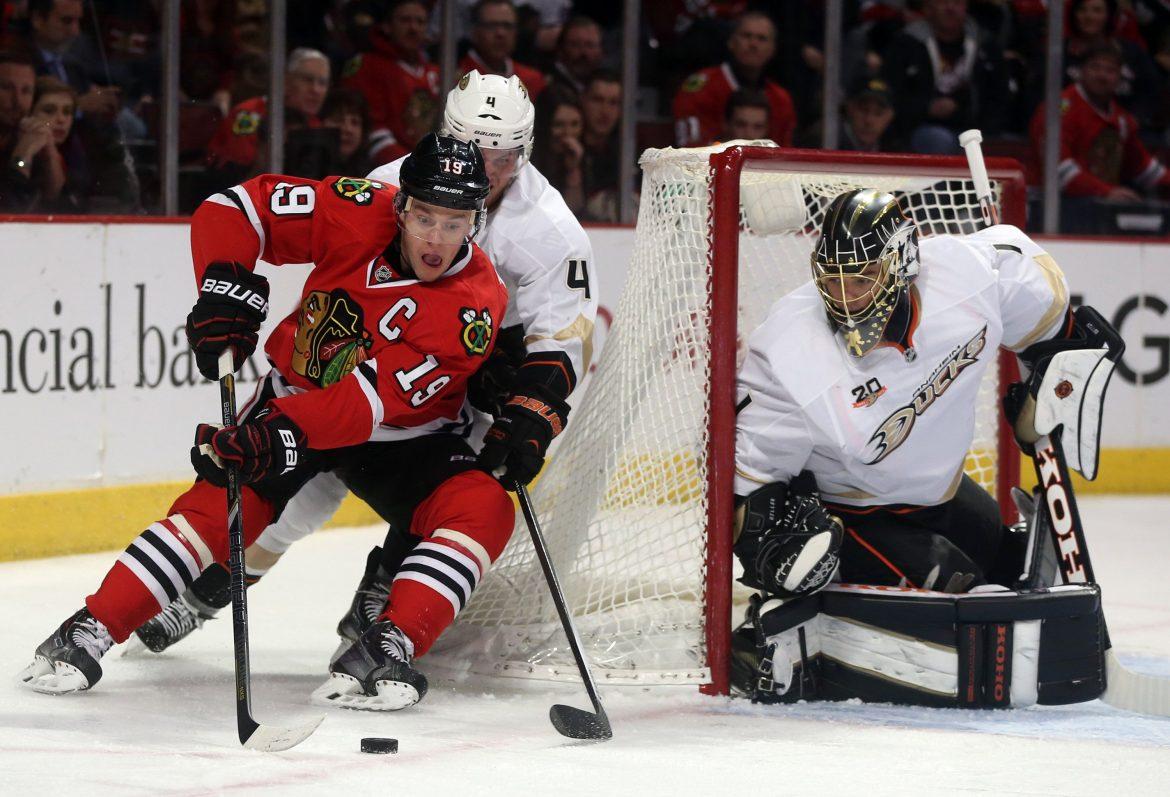 With the end of the regular season nearing, NHL players and fans across the nation are preparing themselves for the most grueling, strenuous time of the year—the playoffs. Many teams across both conferences have reasonable championship aspirations but only one will be awarded the opportunity hoist the most prestigious trophy in all of sports, the Stanley Cup. Here’s a look at this year’s playoff contenders and pretenders.

After capturing the President’s trophy as the NHL’s best team in the regular season and winning the elusive Stanley Cup last year, the Blackhawks are on one championship away from being crowned a dynasty. Led by captain Jonathan Toews and prolific goal-scorer Patrick Kane, the defending champs have the poise to repeat as the first back-to-back champions in 16 years. In the first round they’ll face the formidable St. Louis Blues who were preseason favorites to win it all. The Blues took the season series 3-2 but enter the playoffs on a six game losing skid. Chicago takes this one 4-2 on route to the Conference finals.

Following an early exit in the 2013 NHL playoffs, no one expected the Ducks to be relevant in 2014, but a first place finish in the West has many pundits reconsidering their picks. Anaheim was rolling early in the season, going on a 36-8-5 run and setting all kinds of club records including wins (54), points (116), goals (263), and comeback wins (26). The Ducks have put pucks in the net often, and are led by center Ryan Getzlaf and right winger Corey Perry, who have a combined 169 points this season. The Ducks also boast one of the best goaltenders in the league in Jonas Hiller. They’ll kick off their 2014 playoff run against the Dallas Stars in the first round—a team which hasn’t qualified for the postseason in six years. Ducks fans bust out your brooms, it’s time for a sweep.

Playoffs in San Jose mean: bitter disappointment, lackluster play and an early exit at the hands of a divisional rival. Every year the Sharks tease their fans with phenomenal play in the regular season only to disappoint in the postseason.  In five of their six last seasons, San Jose has either finished first or second in the Pacific division—stringing together just seven measly playoff wins for a combined 7-20 postseason record. This season, the Sharks were a top six team in goals scored and goals against, led by veterans Joe Pavelski, Joe Thornton and Patrick Marleau. Rookie center Tomas Hertl rocked the Bay Area with his sensational play early on but has been sidelined for the majority of this season due to injury. Unfortunately for the Sharks, this year will be no different. The Los Angeles Kings will win easy, 4-1.

Last year the Bruins were 76 seconds away from playing in a game seven in Chicago for the Stanley Cup. Thanks to Blackhawks’ forwards Bryan Bickell and Dave Bolland, those dreams were cut short—and Boson failed to make things interesting. With most of their returners back this season it’s easy to see why they’ve locked up home ice advantage throughout the playoffs. Despite lacking a top-20 player in points, the Bruins are a matchup nightmare for any opposition thanks to their versatility. They can mix and match any of their lines, in any situation, making them extremely dangerous. Having Tuukka Rask in between the pipes doesn’t hurt either. Rask enters 2014 with a 21-14 record in the postseason. Sorry Detroit, there is no hope. Boston will contend for another cup this year.

The saying goes defense wins championships and in hockey no defender is as valuable as a goaltender. But don’t ask the Penguins.  Last season’s playoff debacle of Marc-Andre Fleury is enough evidence to convince any hockey enthusiast that Pittsburgh’s Achilles’ heel is their goaltending. In each of his last four postseasons since winning the cup, Fleury has recorded a save percentage under .900. Management has clearly taken notice, recalling former backup Tomas Vokoun. Despite an offensively talent-laden roster featuring NHL points leader center Sidney Crosby and 35-goal scorer left winger Chris Kunitz, the Penguins still lack the depth to compete for a championship. Look for them to exit in the second round.

Ever since winning the cup in 2004, Tampa Bay has been considered an afterthought in the NHL. The arrival of sniper Steven Stamkos six years ago has started to change the perception of hockey in Florida and the emergence of rookies left winger Ondrej Palat and center Tyler Johnson doesn’t hurt either, but the team still lacks the experience to compete for a title. Their game is predicated on scoring a lot of goals—which should be difficult against the Montreal Canadiens.  In three of the four games against the Canadians, the score was tied 1-1 after regulation. Montreal goalie Carey Price completed the best season of his young career—posting six shutouts and a save percentage of .927. His recent gold medal at the Olympics is also noteworthy—giving him the confidence to compete in big games. Canadians win a close one 4-3.