Brokechella offers an snapshot of LA culture on the cheap 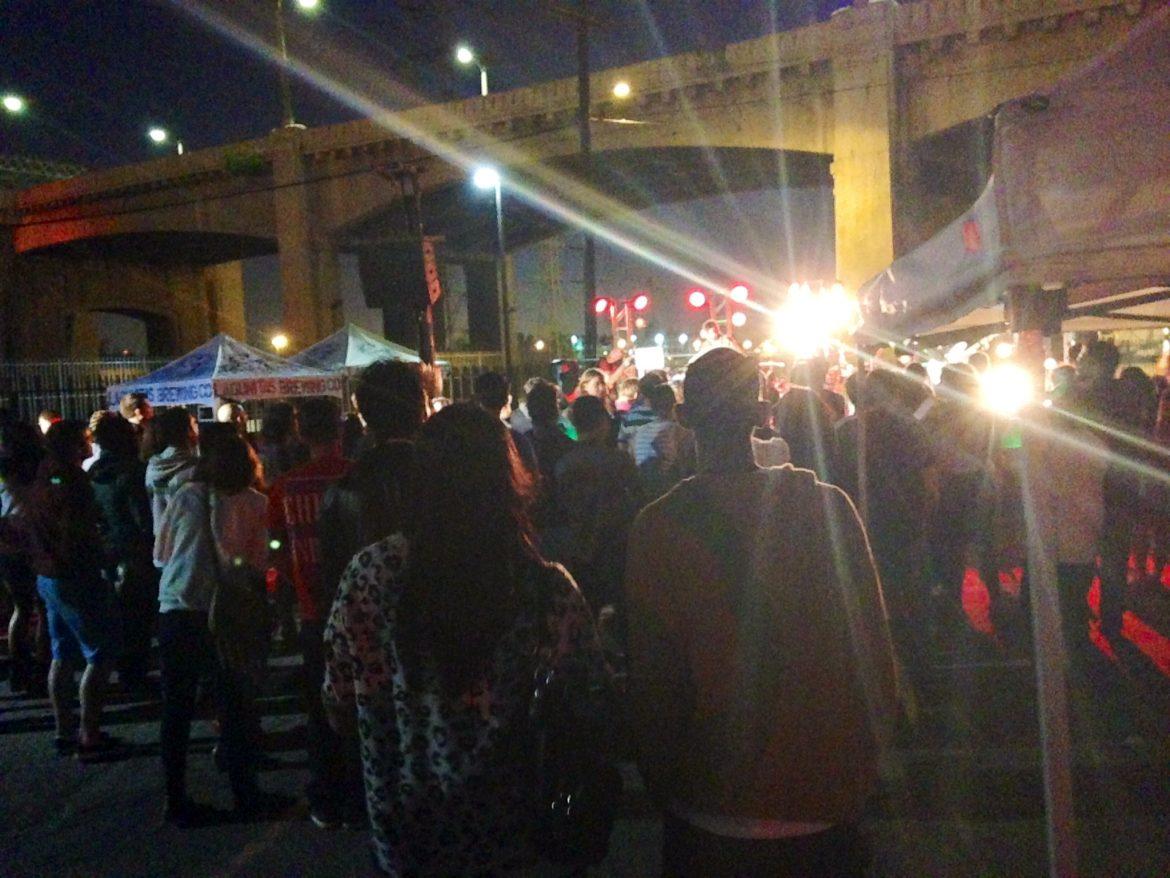 Brokechella is a fairly new event in Los Angeles. It is similar to Coachella, however it has a smaller, more intimate style. The event began three years ago and has since grown to fill a local site in the art district near downtown Los Angeles. This year saw four stages filled with music, as well as shopping and art. The event sold out of pre-sale tickets and had an at-the-door line that stretched two blocks down the street.

The atmosphere was a snapshot of Los Angeles culture. Each stage had a different genre of music, with over 40 bands catering to a variety of styles. Food and fashion trucks sold their wares near by.

One stage had a giant tent for people to mingle and relax in, while another had a walkway paved with art, with signs reading “feel free to walk on art.”

Local vendor, Paola Loves To Shop, which sold custom jewelry and accessories, was there for its first time. The owner said her favorite part about Brokechella was all the different people. She jokingly said “Brokechella is living up to its name—no one is shopping.”

Kera, the lead singer of Kera and the Lesbians, is also a student of California State University Los Angeles. She began singing to Elvis songs when she was three. This was her second year at Brokechella, having performed around LA in between.

The activities ranged from face painting to skateboarding. There was plenty going on to keep everyone entertained. Volunteers said organizers plan on expanding the bar next year, of which there was only one, which sold beer.

Brokechella encouraged guests to bring their furry friends to enjoy the festival during daytime hours.

The pre-sale tickets were $10 and it was $20 at the door. A Broke Pass, for $25,  included one ticket, access to BIP areas, and a tote filled with goodies. Parking was filed quick and there were local yards selling parking spots for $25.

If you want to get a feel for Los Angeles culture, stop by Brokechella next year. The price, vibes and crowd are perfect for a night in Los Angeles’ art district.