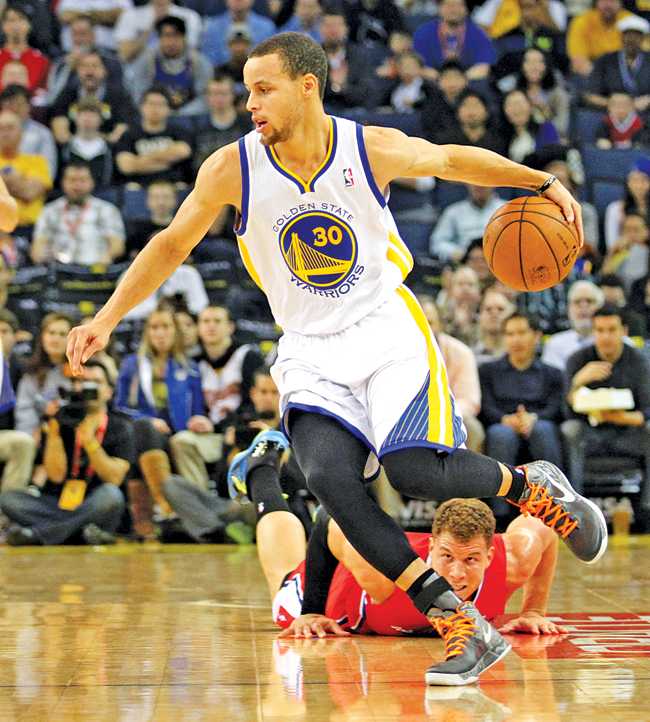 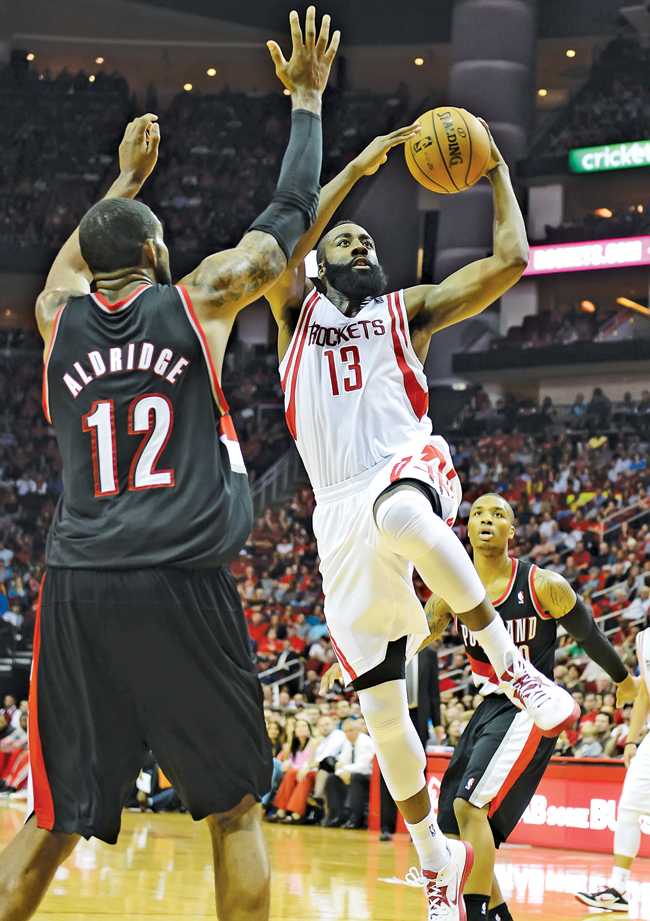 The No. 4 seeded Houston Rockets face off against the No. 5 seed Portland Trailblazers in a first round matchup that is sure to be worth all the hype.

This first round contest will entertain the basketball world with plenty of offense. In four regular season games which Houston won 3-1, the Rockets averaged 116 points per game while the Blazers averaged 109.5.

Led by swingman James Harden and center Dwight Howard, the Rockets have the experience factor allowing them to stay focused and poised in all situations. Both Harden and Howard have been to the playoffs numerous times, including two NBA Finals appearances between them both, so nothing will be unfamiliar.

Though the Rockets rely on Harden (25.3 points per game) and Howard (18.3 points per game) to do the heavy lifting offensively, point guard Patrick Beverley is the x-factor for the Rockets. Beverley, who tore the meniscus in his right knee March 27 against the Philadelphia 76ers, was a vital piece to the team’s success in the second half of the season. Offensively, Beverley is a guy who can create for himself and his teammates, but his value to the team as a perimeter defender unmatched. Luckily for him his knee did not require surgery, and his ability to guard Portland’s point guard Damian Lillard will be key.

Portland is a very dangerous team by beating you both inside and out. Last year’s rookie of the year, Lillard, is a question mark game to game.  In 2014, he averaged 20.7 points on 42.4 percent shooting, however he is known to have many poor shooting nights that can hurt his team in the playoffs.

For Portland to have success against the Rockets, they need to feed the big man, LaMarcus Aldridge. He is one of the most underrated power forwards in the league, and at 6’11” and 240 lbs, Aldridge has averaged 26.8 points and 15.5 rebounds in four games against Houston compared to 23.2 points and 11.1 rebounds for the 2013-14 season.

If Portland feeds the big man and lets him get into an early offensive rhythm, it will open up the floor for their deadly shooters. Nicolas Batum, Mo Williams, and Wesley Matthews help keep the Blazers a balanced scoring team by being sharpshooters and knocking down shots when left open.

As the lower seed, Portland must win at least one game on the road to move on to the next round, but are notoriously known as an average team on the road.  They were only 23-18 on the road the season, and having not won a playoff series since Scottie Pippen was a Blazer. Portland faces a tough uphill battle in the first round.

This series has the potential to be the best playoff series in recent history since the epic Boston Celtics/Chicago Bulls seven-gamer in 2009.

The Clippers have one of the best pick-and-roll players in Chris Paul, and one of the best rollers and finishers in Blake Griffin. They’re on of the deepest teams in the league at every position with guys like JJ Reddick, Jamal Crawford, Matt Barnes, recently acquired Danny Granger and Darren Collison.

The Warriors are known for the Splash Brothers Steph Curry and Klay Thompson. But the rest of their roster are no slouches. They have a premium defender and can-do-it-all guy in Andre Iguodala, a young, talented up-and-comer in Harrison Barnes, a solid backup point guard in Steve Blake (recently acquired from the Lakers), and the always consistent David Lee.

Both teams like to get up down the floor and push the pace on offense, using the 3-point shot as their main weapons. Both teams also use a lot of high screen-and-roll to get open shots, but the Warriors like getting threes from that action while the Clippers want to get dunks for Griffin and DeAndre Jordan.

The Warriors just lost their best defender at the rim, Andrew Bogut, to broken ribs, and he is out indefinitely. This is a major blow to the Warrior defense as it may be easier for Paul and Collison to get into the lane and create easy shots for their bigs or their 3-point shooters.

However, this series will not feature as much defense as others in the playoffs. Both teams are at their best when they are running the floor in transition and getting outside shots. The team who can make their jumpers with more consistency should be able to win the series.

Which is why it will come down to coaching. Clippers head coach Doc Rivers has been to two finals in the last six years and won one. He is a proven leader with a sound defensive system and is great at calling plays out of timeouts.

Mark Jackson, on the other hand, does not have that experience and is still learning how to coach in the playoffs. Even though Oracle Arena is one of the toughest basketball gyms to play and win in, Rivers will have his team dialed in and focused on the road.

The Chicago Bulls captured headlines this season by being the surprise fourth seed and enforcers of the Eastern Conference. Point guard Derrick Rose, who has sat out most of the season due to injury, did not lead this team to 48 victories. Rather, it was center Joakim Noah and the No. 1 ranked defense in points allowed. Lucky for the battle-tested Bulls, their first round matchup  is against  the No. 5 seed Washington Wizards (44-38), built on the backs of young guards John Wall and Bradley Beal who are making their playoff debuts.

Playing a team with such little playoff experience works in the Bulls favor, but the Wizards’ youth and athleticism are their biggest advantage.  Chicago lacks quality scorers to match the shooting and explosiveness of Wall and Beal.

Bulls forward Taj Gibson and Joakim Noah will have to eat up rebounds and shut the paint down if Chicago can stay in the game. Points are hard to come by with the Bulls having lost Rose to injury and former forward Luol Deng to trade.

Washington’s front court players are not the same enforcers as Noah and Gibson, but center Marcin Gortat and forward Hilario NeNe have the finesse combined with experience to neutralize the Bull’s paint defense. Added to wing-players Trevor Ariza and Martell Webster, the Wizards have a balanced offensive attack to test the Bulls defense. Washington’s offense  fared well enough to win the regular series 2-1.

In the end, Wall is the best overall player on the entire court, and he possess enough superstar value to take over the game. Wall may not be playoff tested, but this is the perfect venue for him to showcase why he was selected No 1 overall in the draft a few years ago.

Chicago will not be able to overcome Wall and Washington’s offense in one of the games on their homecourt This will be enough for the Wizards to take home court in pursuit of a 4-2 series upset.

Washington can build on the playoff scars from this series, as the prepare to possibly face the No. 1 seed Indiana Pacers, in  the second round. Defeating the Chicago Bulls is precisely the playoff win this team needs on their resume, so other teams will not take them lightly.