A thirst for cleaner water in Uganda 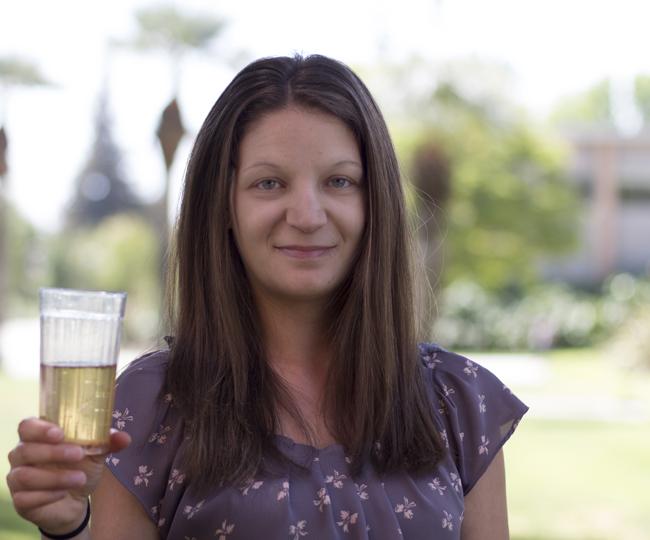 The Thirst Project, an international group that works to bring clean drinking water to developing nations, came to CSUN almost by accident.

“I first heard about the Thirst Project through my cousin, Michael Welch, who is an actor that works with the organization,” said Sarah Johnson, department coordinator for the CSUN Institute for Sustainability.

Johnson noticed the Follett Higher Education Group was a sponsor for the Thirst Project’s annual fundraising event and, since Follett manages the Matador Bookstore, Johnson approached them about bringing the Thirst Project to CSUN.

The Thirst Project was started in 2007 by 19-year-old college student named Seth Maxwell. After learning about the terrible conditions of drinking water in Uganda, Maxwell and some friends pooled their money and were able to buy 1,000 bottles of water to donate.

The group gave away the bottles of water to strangers on Hollywood Boulevard and talked with people about Uganda’s water crisis. That day they made $1,700 in donations, which they used to fund the rehabilitation of a freshwater well in Uganda.

Although conceived as a one-off mission, people began asking Maxwell how they could bring his team to their communities. The group of eight college students was able to raise $12,000 in one month through public speaking engagements at local schools and churches.

The Thirst Project was born.

In the first five years the organization raised over $8 million and brought clean drinking water to an estimated 300,000 people in 11 countries. The group puts 100 percent of profits toward funding their projects.

“The Institute for Sustainability invited the Thirst Project to speak about the lack of access to safe drinking water in developing nations and the organization’s mission and goals at our annual Water Day event in March 2013 and again in 2014,”  said Johnson about bringing the group to CSUN.

The Thirst Project, with help from CSUN’s Institute for Sustainability, is currently invested in a campaign to bring clean water and improve workplace sanitation conditions to the South African country of Swaziland. They are working with local government, local communities, and local employers to help achieve this goal.

Prior to the campaign, the Thirst Project spent 16 months working with the Swaziland Ministry of Natural Resources, the Department of Water Affairs and other government bodies in order to come up with a workable plan to ensure comprehensive coverage for the nation.

Representatives from the Thirst Project will be speaking at CSUN and attending various student group meetings in order to generate participation for their latest campaign. They hope to achieve their goal in Swaziland by 2022.

“We are hoping that a student group will take the lead on fundraising and educational campaigns for the campus and in the community,” Johnson said.

The reason the organization set their sights on Swaziland is because of the great need of the country. Currently, Swaziland has the highest HIV/AIDS population in the world and 40 percent of the people don’t have access to clean water or sanitation.

According to the group, even if patients with HIV and AIDS have access to proper medications, the diseases in dirty drinking water will still pose a health threat.

The Institute for Sustainability has made CSUN’s partnership with the Thirst Project a permanent venture.

“We are also working with faculty to create a study abroad program for students to travel to areas where the Thirst Project is working to do research or assist with the development of wells,” Johnson said.

As previously reported in the Daily Sundial, CSUN’s Institute for Sustainability holds an annual Water Day event for World Water Day. The all-day occasion includes guest speakers, film screenings and opportunities for students and staff to get involved.

Aside from working with the Thirst Project, the Institute for Sustainability also has a Sustainable Office project. The program educates students and staff on making their workspaces more sustainable, and also includes a small food garden. The program is always looking for volunteers.

Students and staff interested in getting involved in the Thirst Project can visit their website at http://www.thirstproject.org.