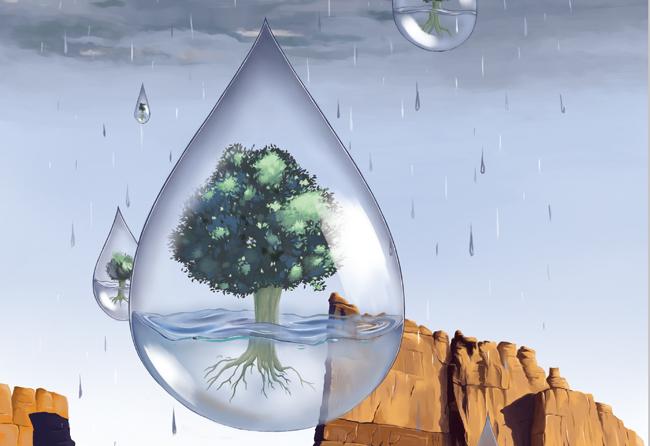 In an effort to meet the goals outlined in the campus sustainability plan, CSUN’s Department of Student Housing and Conference Services is experimenting in a few new ventures, including the creation of a new themed living community (TLC) called the Matasphere, and the participation in the Campus Conservation Nationals.

Randy Lesko, Matasphere coordinator, said the environment is like other TLCs in that it will bring together students who share the same commitment to promoting sustainable practices.

“Matasphere is a new themed living community that we’re going to be offering here in student housing next fall,” Lesko said. “It is a group of students that identify with sustainability and conservation as a shared interest area.”

Having already taken measures like installing waterless urinals, low-flow faucet aerators and showerheads, Lesko said the next step in sustainability progression was creating the TLC.

“President (Dianne) Harrison, one of her major initiatives here at CSUN, is promoting sustainability,” Lesko said. “One of ways we at Student Housing thought we could achieve that is create a shared interest area via the themed living community concept.”

Through the use of surveys, Lesko said the university gauged the interest of students to determine if this was a feasible venture.

“We had sent a survey out last year asking for student input and had a lot of positive response which is why we decided to create the TLC,” Lesko said. “We also invited students to participate in naming the TLC and Matasphere is choice they came up with,” Lesko said.

While the programing is not set in stone, Lesko said the department of housing wants students to be involved in the process.

“We try to give them the option of creating that programming and the experience for themselves,” Lesko said.

Lesko said the concepts and practices will be determined once students move in and have a chance to meet with faculty and staff.

“Once students do move in the fall, the RA (Resident Advisors), the faculty members, myself and all the partners involved in the TLC will meet and decide what kind of sustainability issues we would like to take on as a group,” Lesko said. “Whether that’s water conservation, composting, community gardening, it’s really up to the students what they’d like to do.”

Because it’s early in the application process, Lesko said the direction of the program has yet to be determined, but they will have a greater idea once applications start rolling in.

“Over the summer we’re really going to know what that community is going to look like in terms of student makeup and in the fall, once we all meet, that is going to be the deciding moment as to the direction the Matasphere is going to take in the first year,” Lesko said.

While there are still many unknowns, Lesko hopes the sustainability and conservation practices from the Matasphere will translate to the rest of student housing.

Although some signage to promote water conservation already exists, Lesko said Matasphere students will be involved with sharing concepts and practices they think other students should be cognizant of.

“We’re creating some signage that’s going to be in all the halls and that’s going to start with the students deciding what kind of practices we want to share with everybody,” Lesko said.

Unlike the other Living Learning Communities (LLCs), Lesko says there will not be any requirements or barriers for students interested in participating.

“What’s different with this TLC compared to the other LLCs is there really isn’t any requirement to get into it,” Lesko said. “It’s really a first-come, first-serve kind of thing so there’s really no requirement that you’re taking a sustainability class or you’re in a major that focuses on sustainability.”

While Lesko knows the endeavor will be a work-in-progress, he said the university looked into similar living communities as other CSUs.

“The group of individuals that put together this TLC did look at sustainability practices that are put into play by housing offices in the Cal State system,” Lesko said. “They did some research to look at best practices from other locations and looking into how to best implement them here at CSUN.”

Just as CSUN has benefited from learning of their successes and failures, Lesko hopes the Matasphere community will become a model for other universities.

“Our hope is that our program will be doing the same for others so if there any other CSUs or colleges that are looking to start a sustainability interest floor in their housing department, they can look to us as an example,” Lesko said.

For students interested in participating, Lesko said they should get their applications in as soon as possible as there is limited space available.

“Housing applications are live so if students are looking to get involved, this is a really opportunity, but they need to remember that it is first-come, first-serve,” Lesko said.