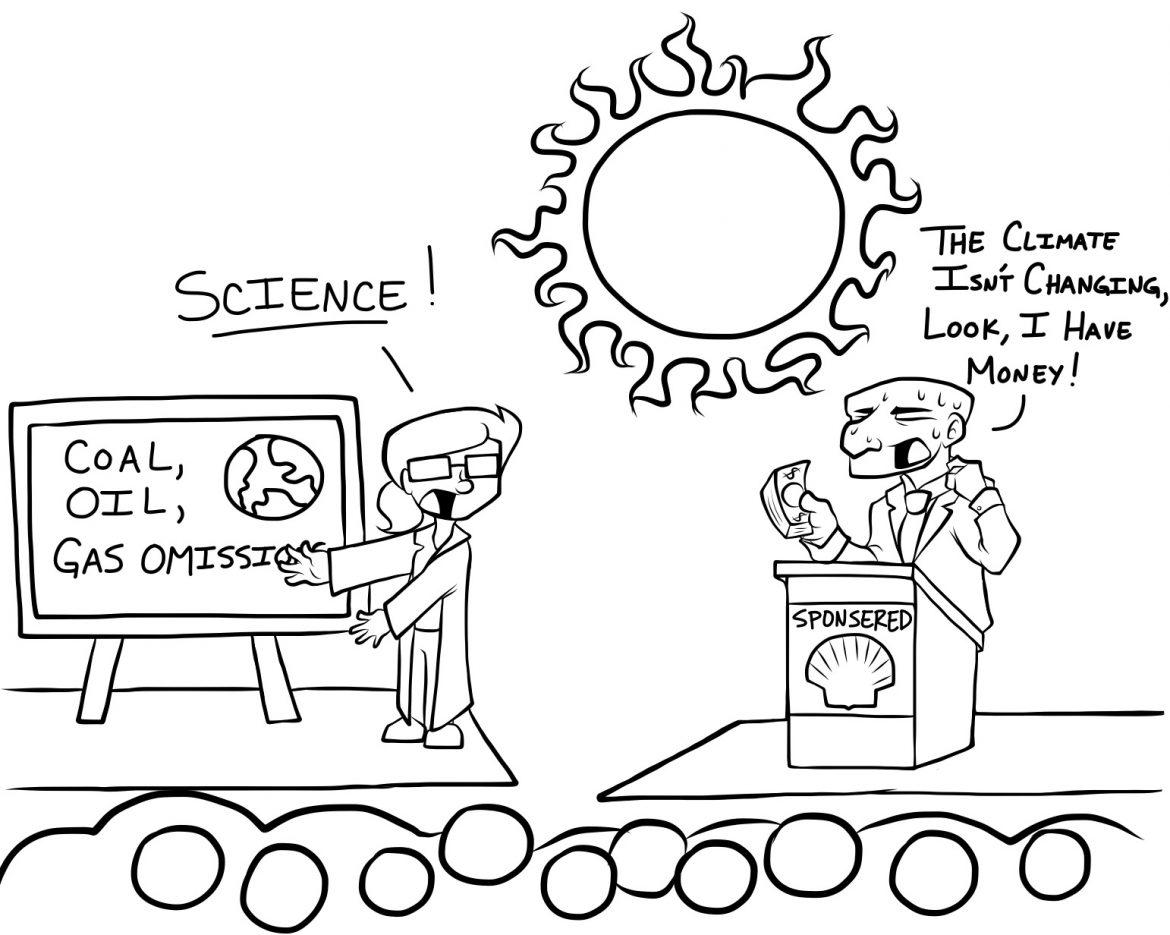 It is not a well known fact that there have been several mass extinctions in the long history of our planet. The most famous of these (and the most recent as well) resulted in the deaths of the dinosaurs 65 million years ago. This came as an evolutionary benefit to mammals, particularly for our simian ancestors, where the extinction of one species briskly gave rise to another.

The next extinction will likely do the very same, only humanity may have a key role in that catastrophe, unlike the dinosaurs. Human activities – such as coal, oil, and gas emissions –  have contributed in a massive shift in the natural processes of Earth.

This tampering of nature has brought forth greater droughts, hurricanes, snowstorms and other horrendous disasters, including a gradual rise of carbon dioxide in our atmosphere.

And as of recently, yet another report from the Intergovernmental Panel on Climate Change (IPCC) has pointed to several damning conclusions stating what we may have in store in the coming years.

The necessity to adapt and change our methods for the “near-term and long-term” have never been more essential.

Ideas that have been brought up have included to making use of carbon dioxide-reducing technologies and of solar, nuclear and wind energy resources. Considered as being “doable in theory,” according to UCSD international relations professor David Victor, gas corporations such as Exxon Mobil have protested that their plan, which is to keep emitting fossil fuels, will continue due to the lack of any carbon emissions cuts.

Being the case that no government will risk its fragile economic stability in the years since the 2008 crash, emissions will continue even though it is known that cuts will help in limiting the disastrous roast of Earth.

Of course a major factor, as mentioned, has been the rancid influence of gas corporations preventing any mandatory alterations to stop climate change. Many shallow politicians (I will let you guess from which party) have made the denial of climate change a part of their platforms.

While deniers of many scientific facts, they put a grave amount of disbelief on the 97 percent consensus of climate scientists who agree that our planet is dying because of us. These funded politicians have won over the dire needs of our planet, thanks to right-wing billionaires such as the Koch Brothers and the fossil fuel lobbyists.

Other scientists have made clear about how we must react in order to preserve our survival.

“When it comes to climate change…the preponderance of data is pointing in a given direction, your confidence needs to rise proportionate to that,” theoretical physicist Brian Greene made clear in a 2011 interview. “The data is very convincing.”

Lawrence Krauss, a colleague of Greene’s and also a theoretical physicist wrote, “The possibly drastic upheaval that climate change may bring for future generations as a result of the activities of present and past generations suggests that at the very least we should seriously consider cleaning up our own mess, and doing it now.”

Astrobiologist David Grinspoon made a statement April 6th about the planet Venus being a clear example of what can happen to a planet as a result of unstable and unstoppable climate change.

Yet this argument has been around for several decades. As Nick Cohen of The Guardian asserted, it is difficult to have the human race put the future first, the present second. Big money will keep winning until it is too late. The deniers are winning. Profits are more valuable than lives, an eternal lesson that is irresistibly forgotten with every advancing technological age.

Though China will likely succeed in emitting more than the United States in the coming decade, the emissions must drop in order for human civilization and all of the natural environments to persist.

Let representatives and leaders from countries like America and the United Kingdom decry the inaction being done. President Barack Obama’s affirmation that “Climate change is a fact” in his State of the Union address may have very little merit compared to the might of other nations. Words will not save our planet. United, sensible cooperation must be met amongst all nations of the world.

Otherwise, this is what we shall witness: severe droughts and pollution will rob us of the water and food we need to live. There will be struggles and mass migrations will lead one large exodus after another to find these resources. Farms will be useless in unstable climates. Temperatures will surely rise, and they will surely fall in events such as the recent Polar Vortex. Areas with existing conflicts (i.e., the Middle East) will face intensifying resource and human costs. Whole areas of the planet will gradually flood over time. Animal and plant species will continue to exponentially die off.

The human factor will prove to appear apocalyptic. Poverty rates will rise as businesses lose resources. Deniers will continue to ignore official reports. Politicians will condemn their denialist rivals. Trade will become an impossibility. Wars will pass. The apocalypse, again as it would appear, would be a new reality.

IPCC’s most recent report did make very clear there is a high outcome that the whole world              will be afflicted by such calamities before the century ends.

In a tweet, Slate meteorologist Eric Holthaus quoted Chris Field of the IPCC press conference, who contended a distressing warning: “The projections of the future, really, are grave.”

Before his death in 1996, the astronomer and television presenter Carl Sagan wrote in his final book “Billions and Billions” about his thoughts on the creeping acceleration of climate change on Earth. His melancholy view remains as much a relevant message then as it does now. What we say now are mere repetitions of what this brilliant man made clear to us long ago. Sagan, a master of language, conceded, “We are tugging at the planetwide biological tapestry and do not know whether one thread will only come in our hands, or whether the whole tapestry will unravel before us.”

If even these immortal words could not make a unified difference, what will?