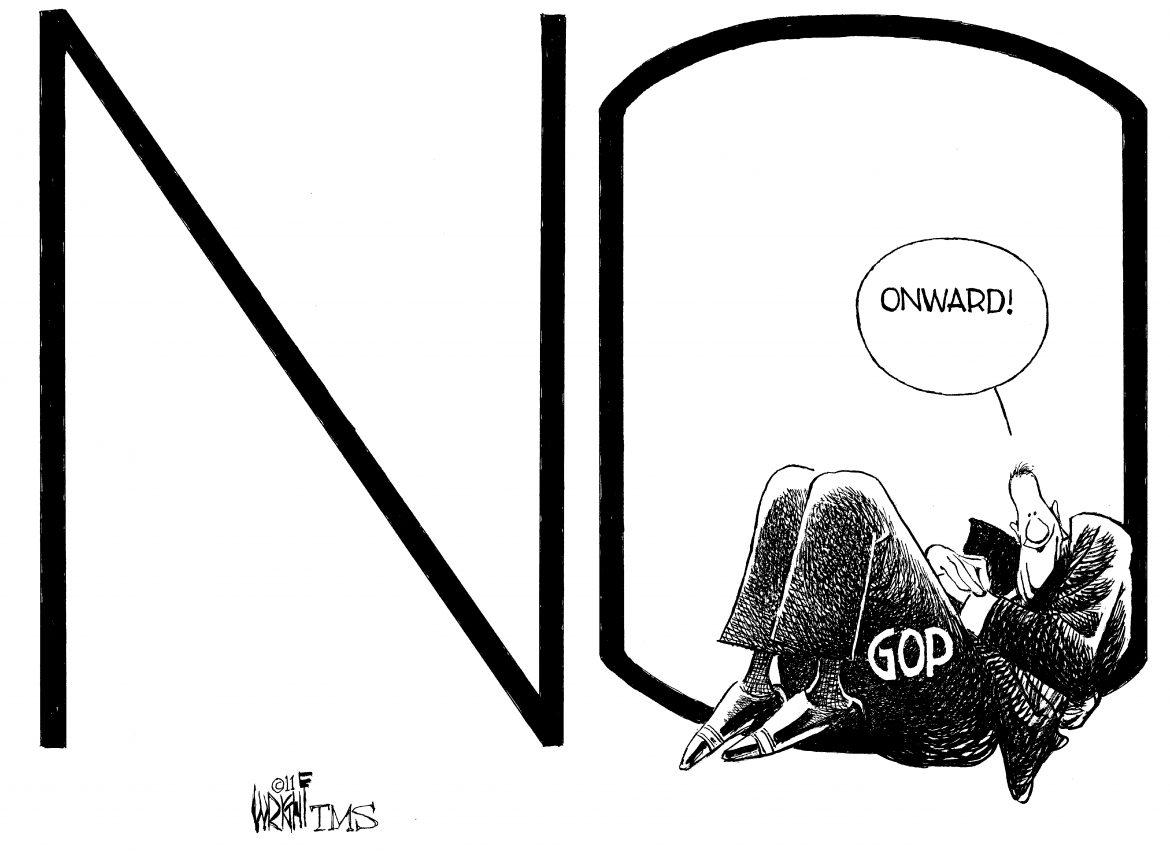 As everyone reaches a certain age, we all learn that the fairy tales we were told by our parents (or saw in Disney films) were explanations for how we should be moral and how to make reasonable choices. These were stories where we as young people build our own ethics. These tales helped us as children.

Looking at the political landscape, however, they would seem to do the opposite. Of course, these are not the same sort of fairy tales we are all familiar with. When looking at figures such as Rand Paul, Jeb Bush and Paul Ryan in particular, old lessons would seem to never hold. Even with the ensemble cast that has yet to appear together as presidential hopefuls, it is still either a set of old embarrassments or new quandaries.

Senator Rand Paul from Kentucky, bearer of Ron Paul’s infamous ideological tendencies that independents agree with, mixed with Tea Party tenacity, and some rumored plagiarism. I can admire some of his views on weed and government spying as well as his non-interventionist outlook. However, Paul stands by some GOP positions that do not resonate well with voters, including an amateurish outlook on foreign policy.

Marriage equality, Obamacare and immigration reform are all becoming more and more favorable in this country according to National Public Radio (NPR), and young voters will not support a candidate who opposes all of these crucial issues. The same can be said of all the other “candidates.”

Paul Ryan, the young congressman from Wisconsin and son-of-Mitt-Romney lookalike, has been a fact-finding disaster before he was tapped to be vice president. I recall from the 2012 election he was sometimes referred to as “Lyin’ Ryan” (a title nobody named Ryan should acquire).

Ryan’s most recent dilemma has been with his wimpish and borderline racist descriptions of African-Americans and Latina/os as “urban” and “inner city culture.”

If Ryan is so white that he cannot help but use abnormal words to describe non-white Americans and the poor, he is no different from other radical conservatives from times long past, men like the raving Barry Goldwater and the felonious Richard Nixon. Regarding the poor, Ryan must still be blinded by Romney’s “I’m not concerned about the very poor” puerility. Perhaps Romney bestowed that trait to young Ryan.

Donald Trump — never going to happen, so I will skip him. Sorry for the alliteration, but Chris Christie’s currently creamed. Scott Brown, Scott Walker, John Cornyn and Rick Perry: stop, you must be joking. As for Sarah Palin or Ted Cruz, in your dreams. Even speechwriter and actor Ben Stein is rumored to run, made famous for first saying, “Bueller… Bueller… Bueller?”

Ben Carson is seen as the great non-white hope among many right-wingers. A neurosurgeon, he appears to have removed all of his rational understanding when the Conservative Political Action Committee grabbed hold of him. Of the 99.9% of scientists who insist on the factuality of evolution, Carson is that 1 percent who, quite literally, ignores the facts in front of him.

And with Mike Huckabee, nobody wants a pastor sharing his odd, archaic views on marriage equality as President of the United States.

Jeb Bush had great potential before the 2000 election. But I stand by what I have thought since before his brother Dubya left office — it will be a long time before there is another Bush in the White House. I do not, on the other hand, doubt his wish to run if he in fact does so.

However, Bush would not be as likely of a candidate due to his lack of apparent craziness that the Tea Party makes heavy use of. Of course, David Letterman has it right about Jeb Bush, for “Bush Presidencies are like ‘Caddyshack’ movies. They should have stopped with one.”

However, Rand Paul might prove to be that malfunction in Clinton’s armor.

In a Clinton versus Paul scenario, it would be an unanticipated reverse of 2008. His youth and, frankly admirable views on marijuana, government surveillance and armed intervention will captivate people who have lived in a war-addicted, Big Brother-esque society that has apparently abandoned those searching for the fabled American Dream.

Not that one, though, the one that came true. Not the American dream exposed by the Beat writer Jack Kerouac or the late gonzo journalist Hunter S. Thompson. The GOP’s “city on a hill” American Dream. The one that praises the privileged and continues to disregard the forgotten.

In what I see as a three-party system (Tea Party, traditional Republicans and Democrats), the Democratic Party is still the political party which appeals to the “common man,” to paraphrase the first Democrat president, the genocidal Andrew Jackson. (See: Indian Removal Act.) Over the next two years, Rand Paul has the opportunity to change some of his views that are currently leading to the social discrepancy happening in this country.

As marriage equality continues to become more popular, why would a member of the GOP or Tea Party pass being on the right side of history? The very same can be said about immigration reform.

Still, the scenario of Rand Paul being the 45th President is not impossible. Just think, it was at first impossible for Nixon to win the White House with Robert Kennedy as his opponent. A bullet in Kennedy’s brain interrupted all worries, and Nixon easily won the 1968 election.

After a decade of social change with the Civil Rights Act and the pointless escalation in Vietnam, Americans shifted from the approachable progressivism of the Kennedys to the blunt egomania of Nixon. Predictably, if the Senate is retaken by the GOP later this year then what are the odds that our social focus will shift to the right? Amidst millionaires “buying” elections, this will likely not be the case.

Sinking to new lows seems to not stop those of the far right. It only serves as power grasps that will keep impracticality and antiquated worldviews in the public eye and in high office. Democracy weeps.