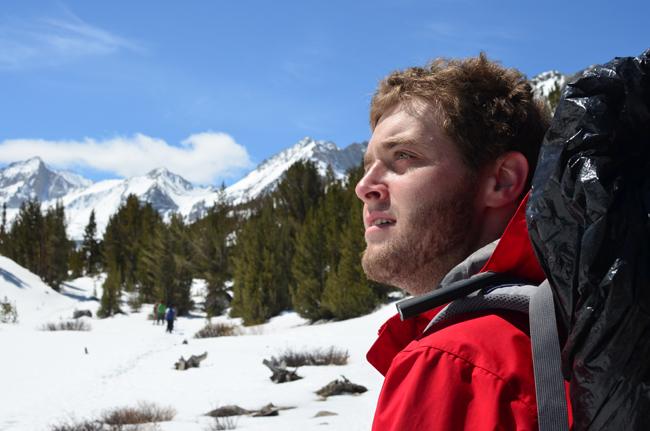 Strapping on snow shoes and slinging on hefty backpacks across their shoulders, CSUN students venture through the snow laden mountains of the Eastern Sierras. After hiking about two miles up from Rock Creek, the crew set up base camp.

They rested just below the tree line at about 10,000 feet. From there the guides Jared Tkocz, Jefferson Barstad and Michael Suazo led the students through the rules  of backpacking to pioneering through the powder and ice- filled trails.

Students learned how to maneuver through the snow, read the trails, and purify lake water into drinking water. At the end of the third day the crew traveled down the highway to stop at Manzanar which was one of the Japanese Relocation Camps in which the American government forced thousands of Japanese citizens to live during World War II.