Among many deserving candidates, few stand out for Manchester United boss 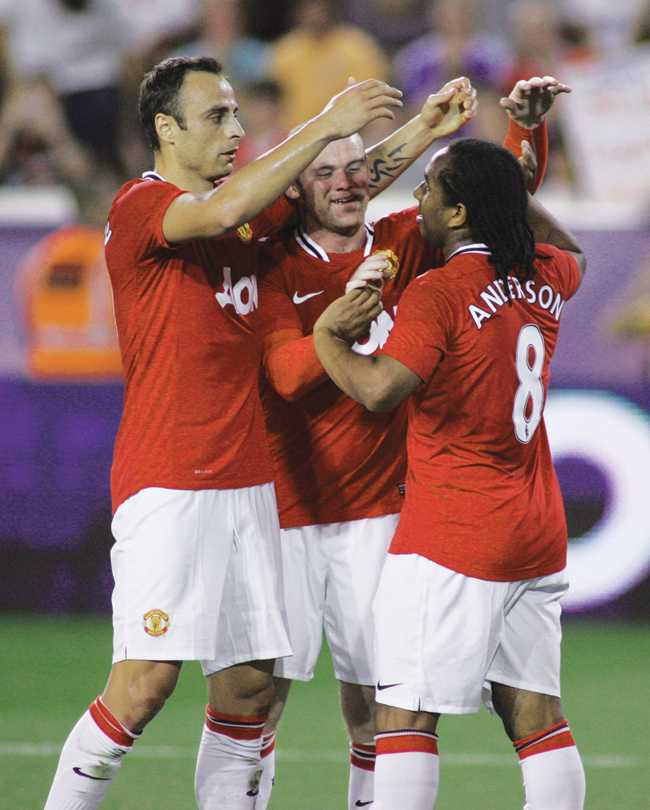 Suffering their worst season in Premier League history since 1992, Manchester United decided to sack manager David Moyes sacked on Tuesday, a hasty but unsurprising decision on a manager barely 10 months into his career.  Although the English Premier League (EPL) is nearing it’s end of the season, the search for a new boss at Old Trafford will be the biggest story in the next few weeks.  Despite a down season and a roster full of question marks, the top spot at Man U remains highly coveted and contenders feature strong resumes. Who has the best shot of leading Man U in 2014-15?

The former Ajax, Barcelona, Bayern Munich and current Netherlands national team manager has the strongest resume of all potential candidates. After flirting with the Tottenham Hotspur for the managing job at White Hart Lane, van Gaal withdrew consideration once it was apparent that Moyes would get sacked before the seasons’ end. His charismatic, confident personality would fit well at Man U and earn the respect of a veteran roster full of leaders aged 28 or older (Rio Ferdinand, Wayne Rooney, Robin Van Persie). The consensus is that van Gaal would be a perfect candidate to lead the team back to the Champions League and at the same time be a strong stop-gap solution for a few years as his age (62-years-old) would prevent him from holding the spot as long as legendary manager Alex Ferguson, who retired at 72-years-old.

Despite the strong resume, van Gaal has raised concerns among a minority of outlookers as he has had questionable exits with a few of his squads. At Barcelona, he had a falling out with star midfielder Rivaldo when they clashed on where Rivaldo should play. Van Gaal was fired from Bayern Munich, his most recent gig, in 2011 when he couldn’t produce with high expectations at Germany’s top club and struggled to mesh well with players and media. While the potential for van Gaal to fall flat on his face always remains a possibility, the Glazers should remain tolerant after the disaster that Moyes was.

With potential favorite Jurgen Klopp of Borussia Dortmund in the Bundesliga staying put, Ancelotti has become a popular media pick to be in contention for the Man U job. After Ferguson retired, Ancelotti was linked to Manchester United but played off the rumors as a joke. Now, Ancelotti’s chances at taking over from Moyes have been revisited. Although currently leading Real Madrid in a hunt for the top spot in La Liga, no job at Spain’s most decorated club is secure, and a third place finish could lead Ancelotti searching for another club.

Ancelotti has previous experience in the EPL when he lead Chelsea from 2009-11, unlike van Gaal who never coached an English team.  Ancelotti is one of the only active managers with multiple UEFA Champions League titles, winning twice in the last ten years with Italian powerhouse A.C. Milan. His presence would be welcomed by fans and players, as he was unfairly sacked by a demanding Chelsea management just two years after capturing the EPL title from Manchester United. However, should Ancelotti have a successful finish in La Liga, his candidacy could be a mere fantasy.

A true wild card in the race for Man U’s managerial position, Giggs would be an interesting choice. “Giggsy,” as he was affectionately nicknamed by Ferguson, has been a fixture in Manchester United’s midfield since 1990, and has a dearth of experience. Giggs won a Professional Footballers’ Association Player of the Year award as recent as 2009, and made 20 or more appearances as recent as last season. Manchester United’s greatest player was appointed a player-manager after Ferguson left to help Moyes during the transitional period, and was selected to be the interim manager after Moyes’ sacking in a move that pundits have lauded.

While media have largely dismissed the idea of Giggs replacing Moyes full-time due to his status as a player-manager, Giggs has a strong resume considering his position. Giggs holds the respect of the locker room, and while there has been no official comment by current members of the team, former teammates have said they trust Giggs in the position.

“For me he could be the man to look after the club in the foreseeable future,” said former Manchester United and Welsh national teammate Clayton Blackmore in an interview with BBC. While fans and media expect a seasoned manager to take the helm at Old Trafford, Blackmore suggested that Giggs would have a strong start at Manchester United following 22 years of playing under Ferguson.  While van Gaal remains a media favorite, the Glazers may shock the football world and promote in-house in putting Giggs in charge.