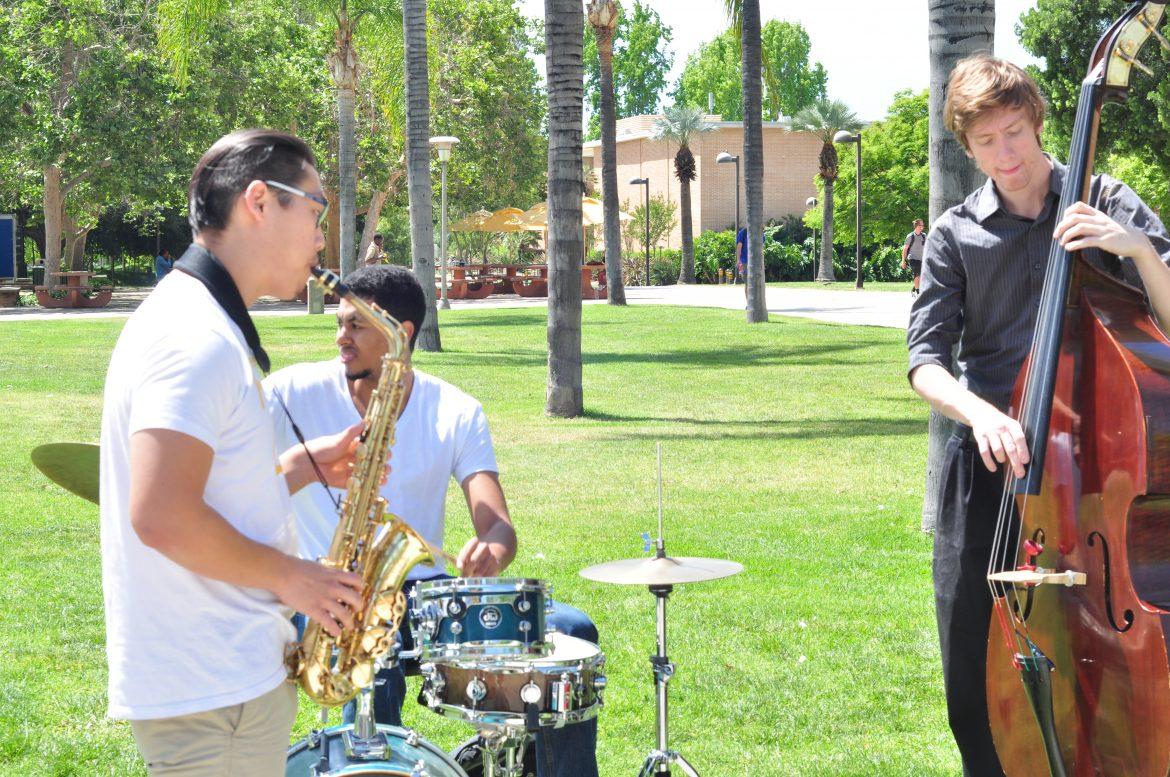 A chance encounter brings Jazz students Matt Jamele and Justin Yun and PR Student Claire Marshall into our studio to talk about jazz and some of the events and discounts at the VPAC. Also, some live music recorded right outside out Matador Bookstore.

Ramsey Lewis and John Pizzarelli will be performing a tribute to Nat King Cole on Saturday April 26 at 8 p.m. at the Valley Performing Arts Center in the Great Hall.

Nat King Cole broke the pop barrier with his smoky vocals and numerous hits including “Straighten Up And Fly Right” in 1943. He was a jazz performer with soul even though later tracks were crafted for pop charts. Ramsey Lewis and John Pizzarelli have come together to tribute to the titan of fifties vocal pop, from his hit songs and smooth jazz that influenced their own careers.

Right before the show from 6-7:15 p.m. Classroom in the Courtyard will be held in Kurland Hall by Professor Gary Fukushima, music faculty and specialist in Jazz, as a free lecture for those attending the concert. He will explain Nat King Cole how became one of the most popular of all African American singers.

“It will be an interesting free lecture that I think will enhance people’s enjoyment of the show to follow,” said Rubin.

General ticket prices range from $25 to $65. Starting Thursday there will be student rush tickets available for $12 and Faculty and staff for $17. To purchase tickets go to the box office in the courtyard located at the Valley Performing Arts Center or online at www.valleyperformingarts.org.