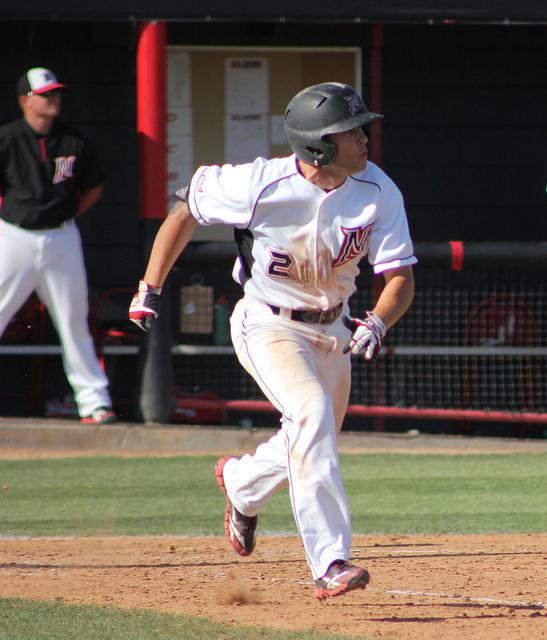 The Matador (15-28) struggles in April continued on Sunday, as CSUN fell to the No. 23 Texas Christian University Horned Frogs (30-13) 3-0 at Lupton Stadium in their 12th loss of the month and are now suffering through their second five-game losing streak in three weeks.

CSUN had no answer for TCU freshman left-handed pitcher Tyler Alexander (5-3), as he pitched seven strong innings with five strikeouts and only four hits. The Horned Frogs scattered nine hits across eight innings, and got to CSUN early.

In the bottom of the first inning, Matador senior right-handed pitcher John Salas loaded the bases on a pair of walks and an error, and junior second baseman Garrett Crain walked on a 3-1 pitch to bring home TCU’s first run.

Sophomore right-handed pitcher Jordan Johnson entered the game in relief for Salas after one inning, but allowed sophomore first baseman Kevin Cron to single in TCU’s second run as he sent a 1-2 pitch into left field, scoring a man from second base.

Following another three-and-out inning in the top of the fourth inning by CSUN, senior right fielder Dylan Fitzgerald hit the first pitch of the inning into left field for a double. After a wild pitch by Johnson that allowed Fitzgerald to advance to third base, sophomore catcher Dylan Delso hit a fly ball deep enough to allow Fitzgerald to run home for a 3-0 TCU lead.

In the bottom of the sixth inning, another wild pitch by Johnson put CSUN in a jam with runners on second and third base with two outs. However, Johnson regained his composure and got junior third baseman Derek Odell to ground out to senior shortstop Brett Balkan on a 1-2 pitch to end the inning.

Johnson struggled again in the bottom of the seventh inning, as he found himself with runners on first and third base with one out. Head coach Greg Moore went to the bullpen, and junior right-handed reliever Louis Cohen got junior shortstop Keaton Jones to ground into a double play, ending the TCU threat.

CSUN had an opportunity for a late rally in the top of the eighth inning, junior left fielder Nico Garbella hit a two-out triple, and sophomore third baseman Will Colantono was hit by a pitch to put Matador runners on the corners. TCU sophomore right-handed reliever Riley Ferrell was quickly brought in to relieve junior left-handed reliever Travis Evans, and got senior center fielder Ranny Lowe to strike out to end the inning.

The Matadors mustered one last rally in the top of the ninth inning against Ferrell as they loaded the bases with two outs on a single, a fielder’s choice and a walk. With a chance to potentially tie the game or hit a potential go-ahead grand slam, sophomore second baseman Nicolas Osuna struck out looking on three straight pitches.