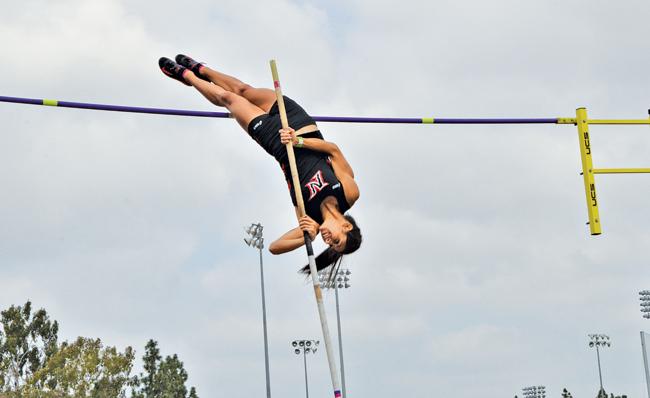 The Matadors had a successful day due in large part to the women’s track and field performers at the Bulldog Invitational, as CSUN finished first in nine of 17 women’s events Saturday at Fresno State.

The women’s field events belonged to Northridge, as they finished first or second in six of eight events. Senior jumper Ashley Henry edged out the competition in the high jump as she won with a jump of 1.72 meters, beating Madison Johonot of UNLV by .05 meters. CSUN finished in the top two spots in the women’s triple jump, discus throws and pole vault events. Northridge senior thrower Sydney Hubbard just missed winning a fifth event for the Matadors when she tossed the javelin 14.25 meters, 16 meters short of Fresno State’s Megan McKee’s throw of 14.41 meters.

Sophomore Marie Veale was CSUN’s top performer as she took first place in the women’s 100 and 200 meter dash events, finishing with times of 11.57 and 23.37 seconds. Junior sprinter Samantha Dirks took another short-distance run win as she finished first in the women’s 400 meter run with a time of 55.24 seconds. The Matadors did not finish in the top two or did not compete in the women’s 800, 1500 and 3000 meter runs, but found success in the relays, hurdles and steeplechase.

Performing just as well as the women’s team, the men’s track and field performers won six of 14 events. Senior sprinter Jordan Taylor was the fastest man of the day, taking the men’s 100 meter dash with a top time of 10.66. Matador freshman Jackson Higgins just missed taking the top spots in the long distance sprints, trailing behind the 1500 meter victor by three seconds at 4.05.42 seconds and 3000 meter winner by four seconds with a time of 9:09.64 seconds.

CSUN men took first and second place in the 110 meter hurdles as well as the high jump and shot put events. The Matadors took the men’s 4×100 relays over Fresno State with a time of 40.99, but lost to the Bulldogs as they came back for a win in the 4×400 meter relay one second better than the Matadors’ time of 3.16.27 seconds.

Senior distance runner Nicole Rietveld took the top spot in the women’s 3000 meter steeplechase, finishing 30 seconds ahead of the next runner with a time of 11:37.18 seconds.

The Matadors men’s and women’s track and field squads will be back on the track May 3 in Austin, as they will participate in the Longhorn Invitational at the University of Texas, the final event before the Big West Championships.