Bundy, Sterling’s comments prove we are not in a “post-racial society” 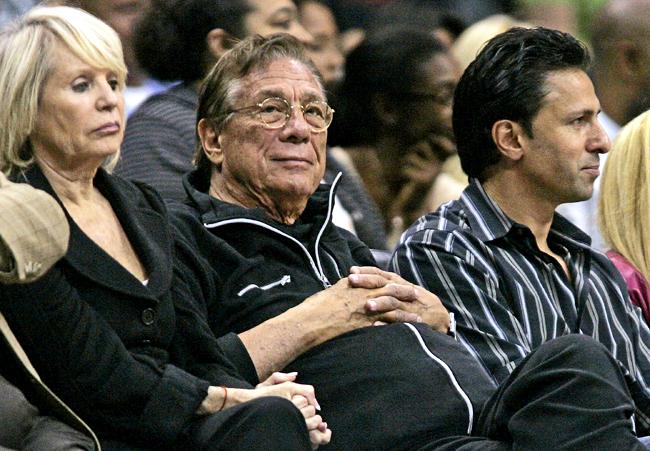 In the beginning, the notion that all men are born equal was a quasi-lie. The notion, in substance, was idealized by a renaissance man from Philadelphia, a stubborn lawyer from Braintree, Massachusetts, and a Virginia slave owner. Within its very genesis, the most memorable part of the Declaration of Independence did not apply to all Americans.

Now, with the threat of racism supposedly “lessened,” there are those (the Supreme Court, primarily) who have perceived that we are living in a “post-racial society.” Oh, how dreams remain nothing but dreams.

By now, the names Cliven Bundy and Donald Sterling are among the list of those who still live with a backward, out-of-date view of people’s racial backgrounds. While clearly not affiliated with any hate groups, both men have made such disgusting comments that would not be abnormal amongst white superiority groups.

Bundy, the hypocritical old rancher who appears to ignore the existence of our government while proudly waving an American flag, flaunted his views on how slavery may have been a benefit. In essence, hearing Bundy’s whole remarks reveals the heart of a man stuck in the Confederate States of America (conveniently, only a four year period encompassing a war you may have heard of). A process of thought that has apparently transgressed into our modernized, equal(-ish) society.

This Confederate mindset has clearly evaded the progressivism of the last 149 years since the end of the Civil War. While we do remain a country of differences and independence, the support for blatant racism are obviously not as kosher as they used to be.

Before declaring Bundy as a hero, Fox News’ Sean Hannity and his cohorts should have further investigated this seditious cowboy. Any so-called journalist researches and analyzes someone before making a final decision on them. How do you think the late journalist Christopher Hitchens made his striking opinions on Bill Clinton, Henry Kissinger, or Mother Teresa?

Also, Bundy is as much of a Founding Father as the anarchists in Somalia. He can only be identified as being like our Founding Fathers with reference to “the bit of them that we’re ashamed of,” as Jon Stewart pointed out on his show. That bit, of course, with relation to how they saw slavery’s importance.

With a careful observation, Bundy appears to have no idea how politics works regarding his farm land in Nevada, how to address anyone with a skin color different from his own, or what a racist is. I believe it is simply: Mr. Bundy, pay the $1 million and remove your cattle off federal land, and stop thinking you are an expert on racism and Martin Luther King, Jr.

Once we all saw what appeared to be downfall of the kooky and backward cowhand, we were introduced to further shocking and disturbing words allegedly by the owner of the Los Angeles Clippers, Donald Sterling. After listening to TMZ’s audio of Sterling’s rant with a woman presumed to be his girlfriend V. Stiviano, Sterling comes across as not just clearly offensive but almost senile. He sounds unintelligible and in an angered daze.

Throughout the “conversation,” Stiviano remains confused and shocked by Sterling’s propositions about her not “broadcasting” herself with anyone who is African American, specifically pertaining to an Instagram photo of Stiviano with former Los Angeles Lakers legend Magic Johnson.

The great irony about the Sterling case is that the majority of his team consists of African American players. Along with the players, the Clippers organization likely employs many African-Americans and minorities in various departments. He may have been trying to portray himself as defensive of his girlfriend, but that message was bastardized by his poor choice of words, which have “[n]eedless to say, [caused] tremendous anger among the #Clippers players,” tweeted Sports Columnist Vincent Bonsignore. Clipper players and African-American head coach Doc Rivers have restrained their anger in the media, but have abstained from stronger rhetoric during a stressful time as the team focuses on the current NBA playoffs.

Sterling is no stranger to racial scandals, having been the target of numerous racial discrimination lawsuits. Past lawsuits against Sterling have alleged him of ageism and racism against former Clippers general manager Elgin Baylor, and discrimination against black and Latino tenants in Sterling’s housing developments. This most recent scandal  should not be as much of another surprise. Yet it is so because of its nauseating and bombastic nature that makes this all the more repulsive.

With Bundy, it was almost stereotypical and even presumed that he may have a fulsome nature, whereas Sterling’s stance is just short of flabbergasting. How can a man who lives in Los Angeles, one of the great “melting pots” of the United States, think and say such things? How can an owner of a franchise that plays in a league that is made up of almost 80 percent of black players feel such way? How can anyone in such an integrated metropolis use such words and still see and think in terms of race?

Anyone who says to you that racism is dead and that we are living in a “post-racial society” is doing nothing more than lying.

The matter of race involved in the convoluted Trayvon Martin/George Zimmerman Stand Your Ground case, to many other disastrous hate crimes all across the country regarding African Americans in the southern states are part of a problem. Along with undocumented immigrants in the border states, or indigenous people in the Midwest, and lastly to the racist remarks made from inside and within the political sphere about the president, it is very clear and very overtly visible that racism and inequality still persists.

It is always disappointing when other nations seem to have all of their problems taken care of and the United States is usually far behind. As before, it will depend on the younger generations to keep all forms of equality to remain standing in the decades to come. We cannot allow draconian views on everything from homosexuality, to equal pay for women, to race from keeping our nation out of the present and restricted from the future.