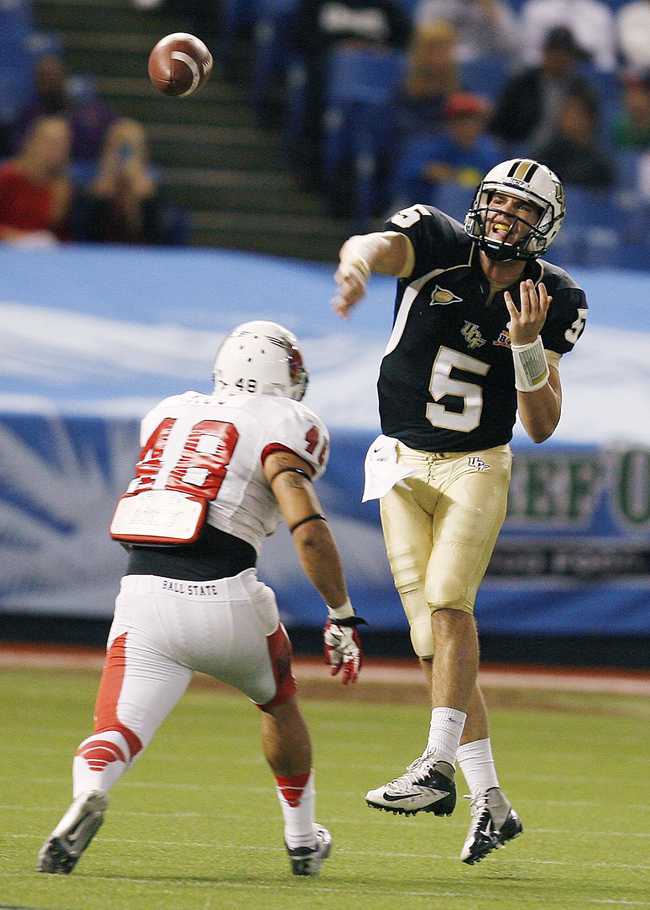 Normally, the NFL Draft takes place in the last weekend of April. However, the NFL elected to push the three-day spectacle back two weeks this year, making the May 8 through May 10 event even more drawn out.

Despite this, the 2014 draft is a worthy viewing rival to the current  NBA and NHL playoffs. What makes this year’s draft especially noteworthy is the cast of players lined up to walk the stage at Madison Square Garden next Thursday.

While South Carolina Gamecocks defensive end Jadeveon Clowney is a likely candidate to be the first overall draft pick, projected first round quarterbacks make the NFL Draft one of the more interesting in recent years.

The confident and controversial former Heisman Trophy winner Texas A&M quarterback Johnny Manziel has been projected to go as high as first to the Houston Texans and as low as 21st to the Dallas Cowboys. Manziel, a former Heisman Trophy winner, proved at his pro day that he is as explosive as any quarterback in the draft with stellar mobility and can throw the ball as deep as the strongest quarterbacks available. His personality has rubbed some coaches the wrong way, as Oakland Raiders head coach questioned his maturity off-the-field. It wouldn’t be a surprise to see Manziel go in the top five, but it also can be expected to see him drop to the 20s as teams stay wary of the potential media circus surrounding him.

Central Florida Knights quarterback Blake Bortles boasts a build similar to Pittsburgh Steelers star Ben Roethlisberger (6’4, 230 lbs) and led his team to a surprise victory on a national stage over the No. 6 Baylor Bears 52-42 in the Tostitos Fiesta Bowl. Bortles’ pro day had scouts divided, but still had the attention of coaches picking in the top five. Bortles lacks the charismatic personality of Manziel, but could appeal to old school coaches who are searching for a more traditional pocket passer. With too many teams with thin depth charts at the quarterback position in the top ten, Bortles shouldn’t find himself having an Aaron Rodgers-like drop on draft day.

Louisville Cardinals quarterback Teddy Bridgewater wowed fans with spectacular plays during the college football season and his knack for making big plays with a cannon arm and crafty mobility. However, a pro day workout in Louisville may have damaged his draft stock as he has faded behind Bortles and Manziel in numerous mock drafts. Analyst Mike Mayock described Bridgewater’s day as “average at best,” stating that his throws weren’t accurate and he failed to display his trademark arm strength. He was also scrutinized for abandoning his trademark gloves when he threw for scouts. Despite his poor showing in front of scouts, his strong 2013 campaign (31 touchdowns and four interceptions) should be reason enough for teams to take a chance on Bridgewater early.

Fans will get to see whether Buffalo Bulls linebacker Khalil Mack will live up to his combine hype and be taken in the first ten picks of the draft. Mack, who had a strong 2013 season which culminated in a second-team All American pick, impressed scouts in the NFL Combine in February, causing analyst Mike Mayock to tout him as a surprise top three pick. However, while Mack isn’t expected to have a dramatic fall-out from the first round, he may be prone to an unexpected fall the same way that projected top-10 pick cornerback Prince Amukamara did in 2011 to 19th to the New York Giants.

With analysts, coaches and fans split on several big-name players, there are still plenty of reasons to watch true reality television in the form of the NFL Draft. The kind of drama the NFL Draft presents may seem scripted year-to-year, but the fates at stake on May 8 make the draft must-see television.