Stagecoach sees some spill-over from Coachella 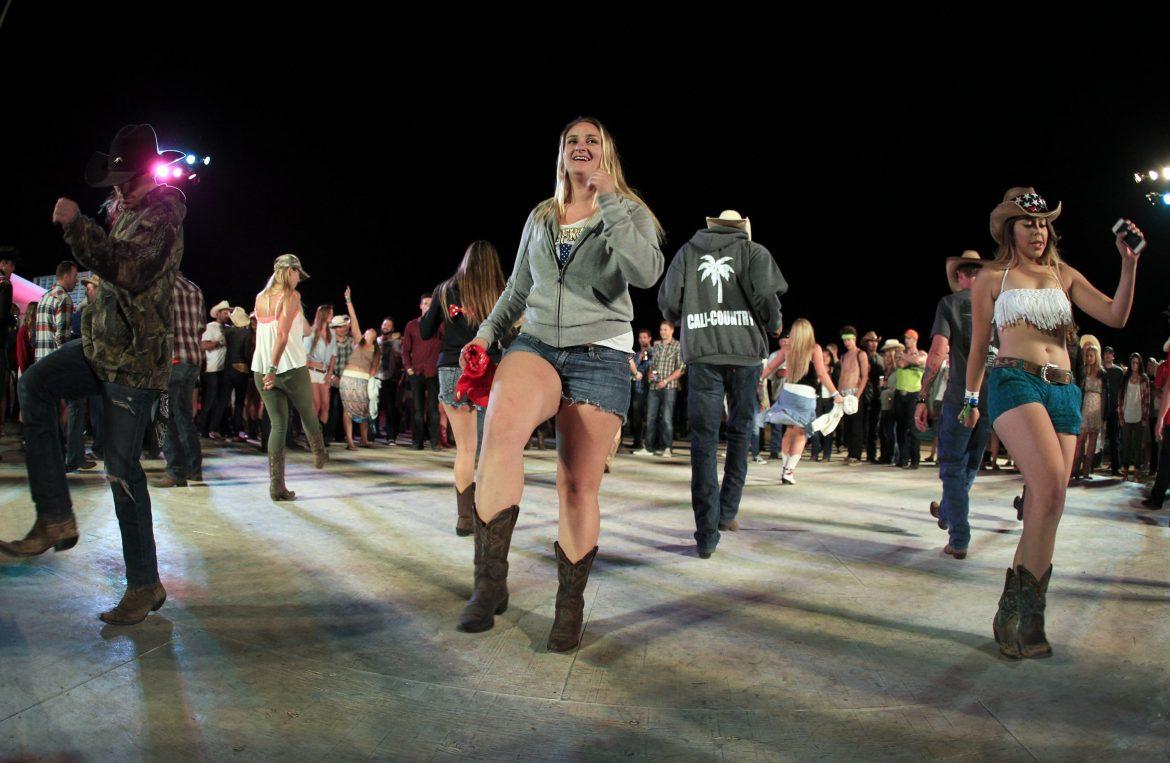 Just as the desert wind drowned out the banging beats of back-to-back Coachella Valley Music and Arts Festival weekends, a different kind of twang rode into Coachella Valley.

Stagecoach, more commonly referred to as Ragecoach by its young party-minded festival-going crowd, was held for the eighth time last weekend at the Empire Polo Club in Indio Calif.

Country music is changing and it is nowhere more apparent than at Stagecoach. The genre that is generally reminiscent of broken hearts and banjo riffs has transformed itself through young artists who speak more to spring breakers than grandpa is his rocking chair.

Held April 25 through April 27 and headlined by the likes of Eric Church, Jason Aldean and Luke Bryan, Stagecoach offers a more of a homegrown festival feel than Coachella, but much of the crowd stays the same.

With a daily sold-out headcount somewhere around 63,000 and many of those in attendance in their late teens or twenties, the weekend may not have been reminiscent of your daddy’s George Strait.

You can attribute much of that to the high-energy good time rhythm of the event’s headliners. The trio of men built their followings around good-time anthems and songs about a girl.

They were clad in Americana, from their heads wrapped in red white and blue bandannas, denim jeans, and all the way down to their boots as the predominantly female crowd rocked out to songs such as Aldean’s “My Kind of Party,” and Bryan’s “That’s my Kind of Night.”

The new generation of country music fans has the events planners reeling to find a way to keep the party secondary to the music. Popular attractions such as the on site Recreational Vehicle (RV) Park were closed off for the first time to anyone who was not staying there, enforcing the rule with a wristband system.

Those with an entrepreneurial spirit saw this as an opportunity to capitalize on those determined to party RV-style by selling fake RV-labeled wristbands. The administration caught on to forgeries.

Security was also beefed up throughout the entrance where multiple checkpoints double and triple-checked those walking in as well as those driving into the venue. No outside food or drink was permitted and bags were assessed diligently.

Other attractions included Saturday’s Barbeque Competition where the winners advance to the World Championship in Kansas City later this year. The venue’s signature ferris wheel allowed attendees to get an amazing bird’s-eye view.

Despite the overbearing security and party Ragecoach talk, the music still set the tone for a good ole’ back-woods time. Unlike the sometimes hectic crowds you find at festivals such as EDC and Coachella, Stagecoach attendees are there for the music and the memories.

Country fans may be becoming a little more young and mainstreamed, but the music still holds true to its classic American values. You would be hard pressed to find someone without a kick in his or her step and smile on their face.