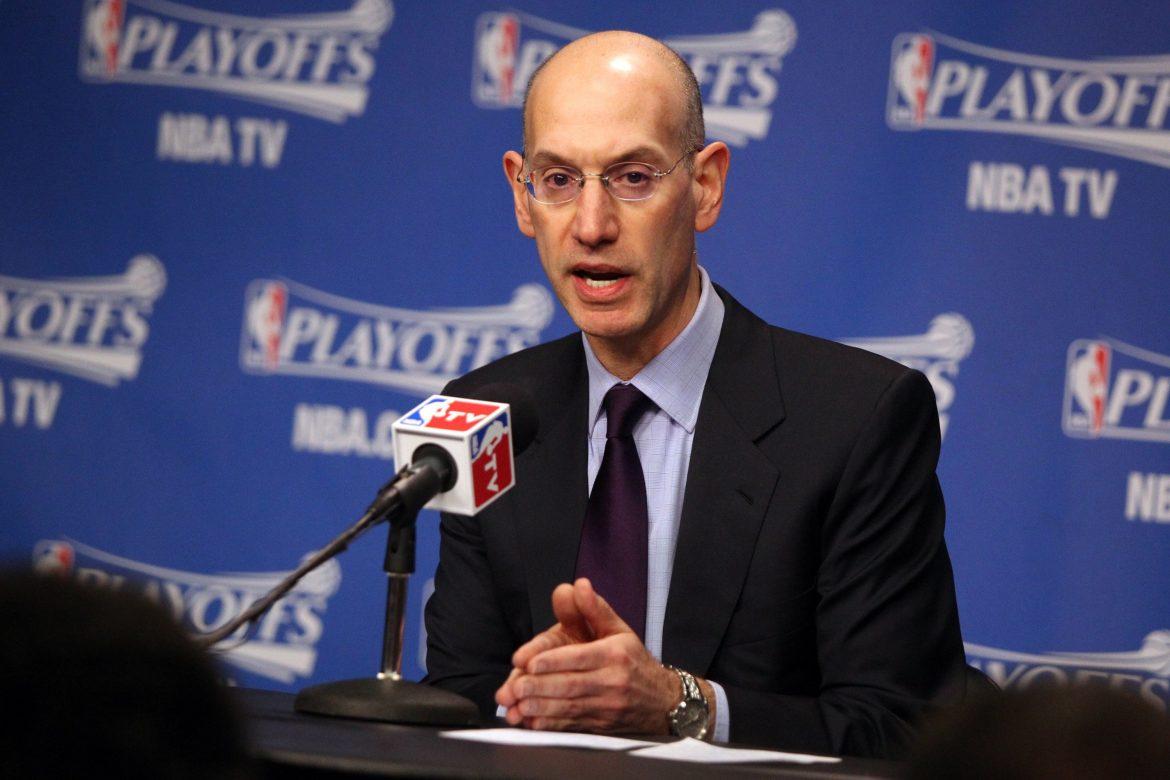 NBA Commissioner Adam Silver faced the first test of his new commissionship just two months after he took the job, as a recording of Los Angeles Clippers owner Donald Sterling voicing his racial views leaked to the mainstream media.

Silver answered any questions about his ethical views by instituting a lifetime ban on Sterling from the NBA, and a fine of $2.25 million. Effective immediately, Sterling can not go to games or practices, and he can not participate in any league activities.

The NBA has a reputation of diversity, and banning Sterling proves Silver is strong enough to maintain the NBA brand. At a press conference, Silver said he is confident he will have the three quarters support of the 30 NBA owners to effectively vote Sterling out of ownership completely.

Despite the uncharted territory, this situation proves the new NBA commissioner is ready to preserve the integrity of the league.

For those unfamiliar with the scandal, TMZ leaked a recording Saturday of Sterling conversing with his girlfriend. In the recording, Sterling is adamant about his girlfriend not posting pictures of her with Magic Johnson and Dodgers outfielder Matt Kemp on her Instagram. The recording continues with Sterling saying he does not want her bringing African Americans to his games.

A league where the majority of players are African American, what else did anyone expect the commissioner to do? Basketball captivates a large audience of minorities, so why would the NBA allow someone with such racist views to continue operating as figurehead of a franchise?

Silver could have banned Sterling for the rest of the playoffs and given him a smaller fine, as the NBA rulebook would have allowed. Silver should be applauded for instituting an unprecedented ban on Sterling.

An owner has been suspended in the past for controversial conduct. During the 1990s, Major League Baseball Commissioner Bud Selig suspended controversial Cincinnati Reds owner Marge Schott for discriminatory behavior and similar controversial comments regarding race and applauding Adolf Hitler. After two separate suspensions, Selig was successful in forcing Schott to sell a controlling interest in the Reds. However, Selig was hesitant to institute a lifetime ban for the owner, and had an easier time in forcing her to sell a controlling interest rather than the entire franchise.

Sure, Sterling did not do anything illegal by voicing his opinion, because he has a First Amendment right to freedom of speech. It may seem harsh to ask Sterling to forfeit his organization with no laws broken, but public opinion is very powerful.

Sterling tarnished the NBA and Clippers brand enough for CarMAX and State Farm insurance  to pull out of sponsorships from the team. Players and head coach Doc Rivers have already voiced their disgust with the comments, and talked about the awkwardness of playing for someone with those views. Everyone from President Barack Obama to Miami Heat superstar Lebron James chimed in on the issue.

Keeping Sterling at the helm during any type of indefinite suspension would have just added more pressure on the NBA to take stronger action. The Clippers would have not been able to maintain their audience or even their players with Sterling still profiting as an owner, as he would still reap the benefits of his franchise even if he was suspended. In the most extreme form of protest by players or coaches, Rivers went so far to state he would resign should Sterling remain the owner in the 2014 -15 season.

Therefore, no other solution would have satisfied public opinion and players’ concerns more than banning Sterling completely. Sterling already has documented lawsuits about housing and workplace discrimination, so this was his final straw. That is why players voiced their disappointment about the comments with a silent protest on Sunday’s game by turning their shirts inside out to hide the Clippers’ logo, rather than supporting their owner or giving him due process.

Despite the $2.5 million fine being the equivalent of lunch money to Sterling, asking him to forfeit the team in the pinnacle of their success is a harsh enough punishment.

No sympathy should be given to Sterling, because even with a forced sale he can still profit. Not to mention, the ban is only on Donald and not the rest of the Sterlings. Sterling bought the team for a whopping $12 million, so the family can still gain if the team sells for an expected sum more than the estimated $575 million of its worth.

Either way, the NBA is better off with Sterling not being an owner. He does not deserve the privilege to be a fraternal member of the NBA owners, and Silver’s ruling confirms that.