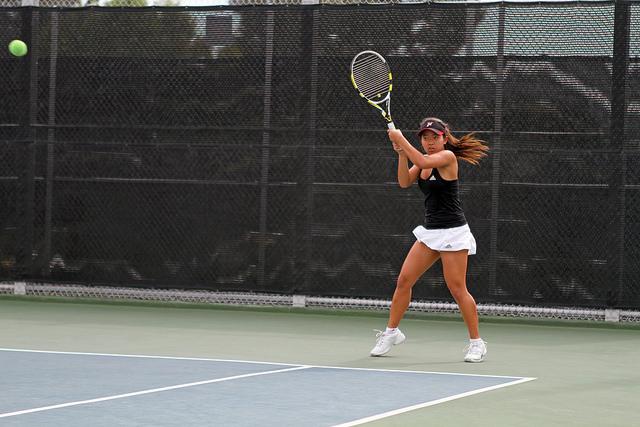 With the exception of Rodriguez, who is a transfer student from Santa Monica College, all Matadors that earned honors to the All-Big West Women’s Tennis team are first-year players.

Though they were freshmen, they were vital to the team. With a team effort, the freshmen and Rodriguez led CSUN to a 12-10 overall record with a 3-5 mark in the Big West Conference.

Head coach Gary Victor saw Tuesday’s awards as a sign of more success to come in the near future.

“To have three freshmen and a JC transfer achieve all-league honors bodes well for our program in the coming years,” Victor told Go Matadors. “I am very happy for Vivian, Mickey, Kristen and Criss. They earned this honor through a lot of hard work and will be going for bigger honors next year.”

According to Go Matadors, Hsu and Poei completed one of the top doubles seasons in Matador history. Not only did the duo went 17-3 in the season against Big West opponents, both individuals went 6-2, including an 11-match winning streak during the season. The tandem overcame the likes of the LMU Lions, Harvard Crimson, Big West rival Cal State Fullerton Titans and conference leader Long Beach State 49ers.

After posting a 9-8 record, Rodriguez and Lin were the other doubles team to be honored. Rodriguez and Lin played primarily at the No. 1 draw earlier in the year and recorded notable victories over Long Beach State, Florida International and New Mexico State.

In singles play, Lin played her first season of NCAA tennis at the top draw for a large portion of the season. Lin finished 11-11 overall and went 4-4 against Big West opponents. She also had a season-best four-match winning streak during the year and recorded victories over the Cal Poly Mustangs, Long Beach State, Montana and New Mexico State. Lin’s merits and hard work also led to Big West Women’s Tennis Athlete of the Week honors twice during the season.

According to Go Matadors, Hsu also tied for the team lead with 12 victories, finishing the year 12-8 overall. Hsu had a season-best six-match winning streak during the year and earned victories over Air Force and Boise State Broncos, as well as wins over the conference rival Cal Poly Mustangs, UC Davis Aggies and Hawai’i Rainbow Wahine.