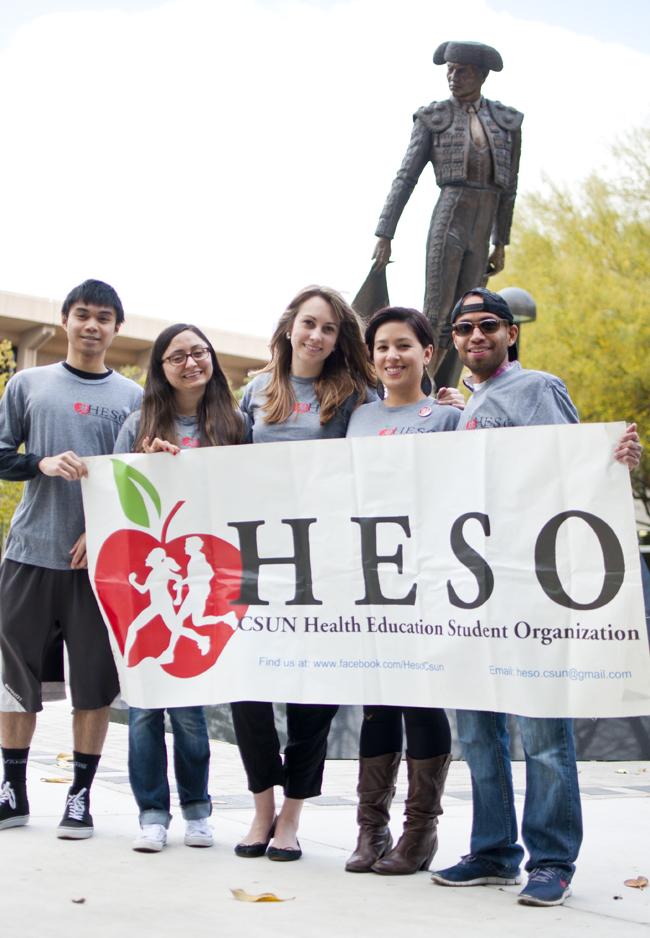 In order to make sure students don’t go hungry in the days leading up to finals, the CSUN Health Education Student Organization (HESO) set up a food pantry on Matador Walk.

Before finals week, they  give food to students to make sure they eat well while studying. The items range from canned goods, pasta, water and fruit.

Carolina Moreno, vice president of the club, said it is the group’s goal that no student should be without food during finals.

“We did a survey and we found out that a lot of students either can’t afford food during finals or they forget to eat,” Moreno said.

As students walked past them on Matador Walk, HESO offered them free food. Students were able to choose the amount of food they needed.

Some students filled grocery bags or their backpacks, and others just took a bottle of water or an apple as they rushed to their next class.

The group gets donations throughout the semester, but if they don’t have enough food to give out, they ask Associated Students (AS) for help.

“This semester we got money (for food) from our AS account,” Moreno said.

While many of the students in the club, like Moreno, are public health majors, it is not required to join the group. “We usually focus on health, but it’s not required,” she said.

This is the group’s fourth semester offering food on campus.

“It was a great success,” Moreno said.

Chelsea Schafer, president of the club, said she is looking forward to next semester when they can team up with another recently chartered club, called Pantry Haven, to have a food pantry at CSUN.

“They want to do this year-round and have a room on campus where students can come by to get food,” Schafer said. “We’re going to volunteer and help them out.”

Schafer said other schools have their own food pantry available for students on campus and would like CSUN to follow suit. CSU Dominguez Hills and UCLA are two schools that have food pantries available and open for all students.

“People are so stressed and not eating because of finals,” Schafer said. “We use them as a pick-me-up.”

While the group began distributing food to hungry students at 9 a.m., by 12:30 p.m. most of the food was gone. In this case, Schafer said, they’ll donate what’s left to a local church.

“We make sure nothing goes to waste,” Schafer said.