Sterilizing women prisoners is denying a human a life, future and humanity 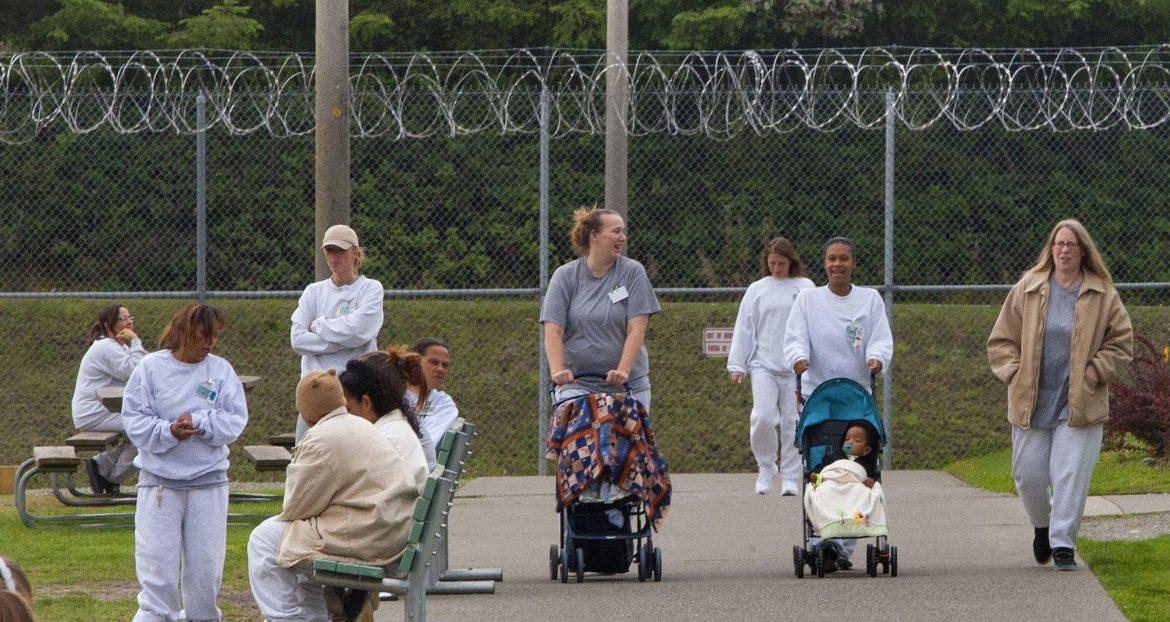 Women prisoners are taking their babies for a walk. However for some, they have been denied the privilege of walking their own child. Courtesy of MCT

The California Senate Health Committee was presented with a bill on April 2 that aims to close loopholes that allowed for the sterilization of women prisoners without state approval.

While this bill has not been passed yet, it is a step toward preventing the unjust treatment of women behind bars and raising further awareness of an issue reminiscent of old horrific California eugenics practices.

From 2006 to 2010, at least 148 women were sterilized in state prisons without California state approval, according to the Center for Investigative Reporting (CIR).

Women who experienced sterilization abuse by prison health caregivers worked together with the human rights organization, Justice Now, on the California Prison Sterilization Prohibition bill, in an effort to strengthen already existing laws.

The sterilization procedure, called tubal ligation, was conducted by doctors under contract with the California Department of Corrections and Rehabilitations. Women who were housed in the California Institution for Women in Corona or Valley State Prison for Women were sterilized during the five-year period.

In many of the cases, the obstetricians would ask for consent while the heavily sedated women were giving birth or being operated on. Some of the former inmates felt as though they were being coerced into the procedure by medical staff who believed the women were likely to return to prison.

At Valley State Prison in Chowchilla, obstetrician James Heinrich performed sterilizations on inmates. He said he performed important procedures on the poor prisoners, giving them the empowerment that women on the outside have to protect themselves from health risks in future pregnancies due to past cesarean sections. In other words, he claimed he is doing them a favor.

Former inmate Christina Cordero was one of the women that Heinrich targeted. During her pregnancy, Heinrich suggested several times that she follow through with the procedure.

Now, Heinrich denies those allegations. He claimed he did not pressure anyone. He did state that the cost for the procedure, $147,460, is a lot cheaper than the cost of welfare support for the unwanted children, as the inmates procreate more, according to the CIR.

Does that statement sound familiar? California has a dark history revolving around sterilization of people who are considered less desirable.

Decades before Adolf Hitler began his journey of ethnic cleansing, the idea of ridding America from “degenerates” and humans deemed “unfit” for society was spearheaded by California eugenicists movement. During the 20th century, California performed one-third of national involuntary sterilizations.

Women and men alike locked up in prisons and mental institutions were targeted on this mission for social control, yet women seemed to be affected more. In 1933, out of 1,278 individuals who were coercively sterilized, 700 were women. Many of these women were classified “bad girls” that were “oversexed”, “sexually wayward” and “passionate.”

In 1927, the United States Supreme Court Justice Oliver Wendell Holmes supported the eugenics movement when he wrote in Buck v. Bell, “It is better for all the world, if instead of waiting to execute degenerate offspring for crime, or to let them starve for their imbecility, society can prevent those who are manifestly unfit from continuing their kind.”

Holmes concluded his statement as he said, “Three generations of imbeciles are enough.”

These were words that started an entire movement of sterilization. The Nazis even used this quote to defend their practices in the Nuremberg trials.

Even though the eugenics law was repealed in 1979, prisons have practiced these medically unnecessary procedures until 2010, of course with a different excuse.

The loophole talked about in the California’s Prison Sterilization Prohibition bill refers to the way doctors in prisons between 2006 and 2010  were able get around the 1994 state law that requires every sterilization be approved by state medical officials.

Doctors, such as Heinrich, justified such procedures by documenting the procedures as medical emergencies, according to CIR.

The idea that it is cheaper to sterilize women than it is for the state to take care of their children is a terrible solution to a financial problem, especially because the targeted women are not asking to be sterilized on their own.

The difference between eugenics practices from the past and these incidents is that only women are targeted this time in an effort to stop them from procreating and being a burden on society. What does this say about those in charge of these procedures?

It seems as though this is a bad case of patriarchal social control. Assuming that these women are the oversexed bad girls, the only way to control their procreation is to forcefully stop them from having kids.

The motto here is that this is a man’s world and men make the decisions as to who is allowed to have children and who is not.

If the true intentions were to cut down on the cost of welfare support for these women and their offspring, a more ethical solution would be to educate the women and create better support systems for them when they are released from prison.