The commercialization of conventions

Conventions are for geeks, right? Wrong! 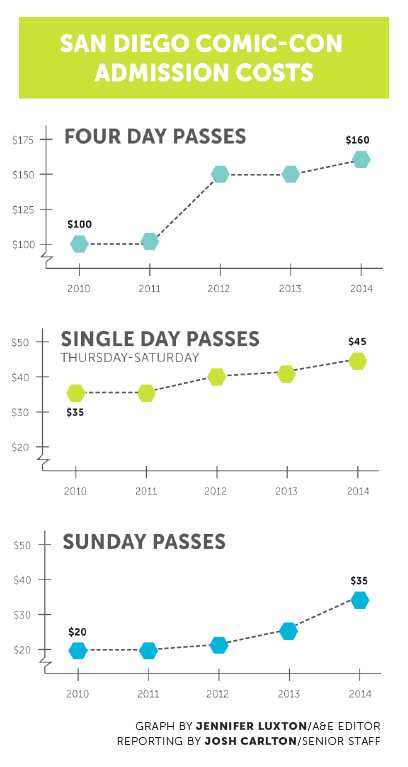 Comic-Con, E3, Anime Expo and all the rest of those nerd fests have the ability to attract huge crowds and even bigger business. But it wasn’t always this way.

When Comic-Con International: San Diego (or San Diego Comic Convention) first started in 1970 there were only about 300 people in attendance. Fast forward to 2013 and the crowd has grown to 130,000 plus.

For those of us who have long resided in the realm of all things geek, these types of conventions have no doubt sparked our curiosity. If you’re a gamer, E3 is the holy land of gaming-related announcements. If you’re into manga, Anime Expo is where you let that freak flag fly. Comic-Con, as most of us know, is where you go to get your fix on all things film, T.V. and comic related.

But, with the world in a superhero frenzy and nerdiness in vogue, the sad truth is that it’s hard to get excited about these things as they become more about marketing and less about the content.

There is the fairly new VidCon, which is aimed at people who can’t yank themselves away from YouTube. However, even that event, now in its fifth year, has attracted big sponsors not even remotely interested in online videos. And let’s face it, this convention would have been more fun about ten years ago, when your mom didn’t know how to share all her unfunny meme’s with your friends.

Despite corporate infiltration, there’s no doubt that fans will still bend over backwards to attend and support these events. It’s easy to forget sometimes that the reason we love this stuff is because it spoke to us on some esoteric level when we were younger. As we get older, we can lose sight of that sentiment. Unfortunately, now people you’d be more likely to see at a frat party are strutting through the crowds, telling everyone how much they love “Firefly” and can’t wait to see the adaptation of “Antman.”

It was bound to happen, this ironic switch of cosmic injustice.

But the important thing to remember is that, while these conventions may be breeding grounds for followers and big-wigs, they were built by people who were inspired by something — who fell in love with a story. And that may just be a good enough reason to show up… that is, if you can afford the ticket price.