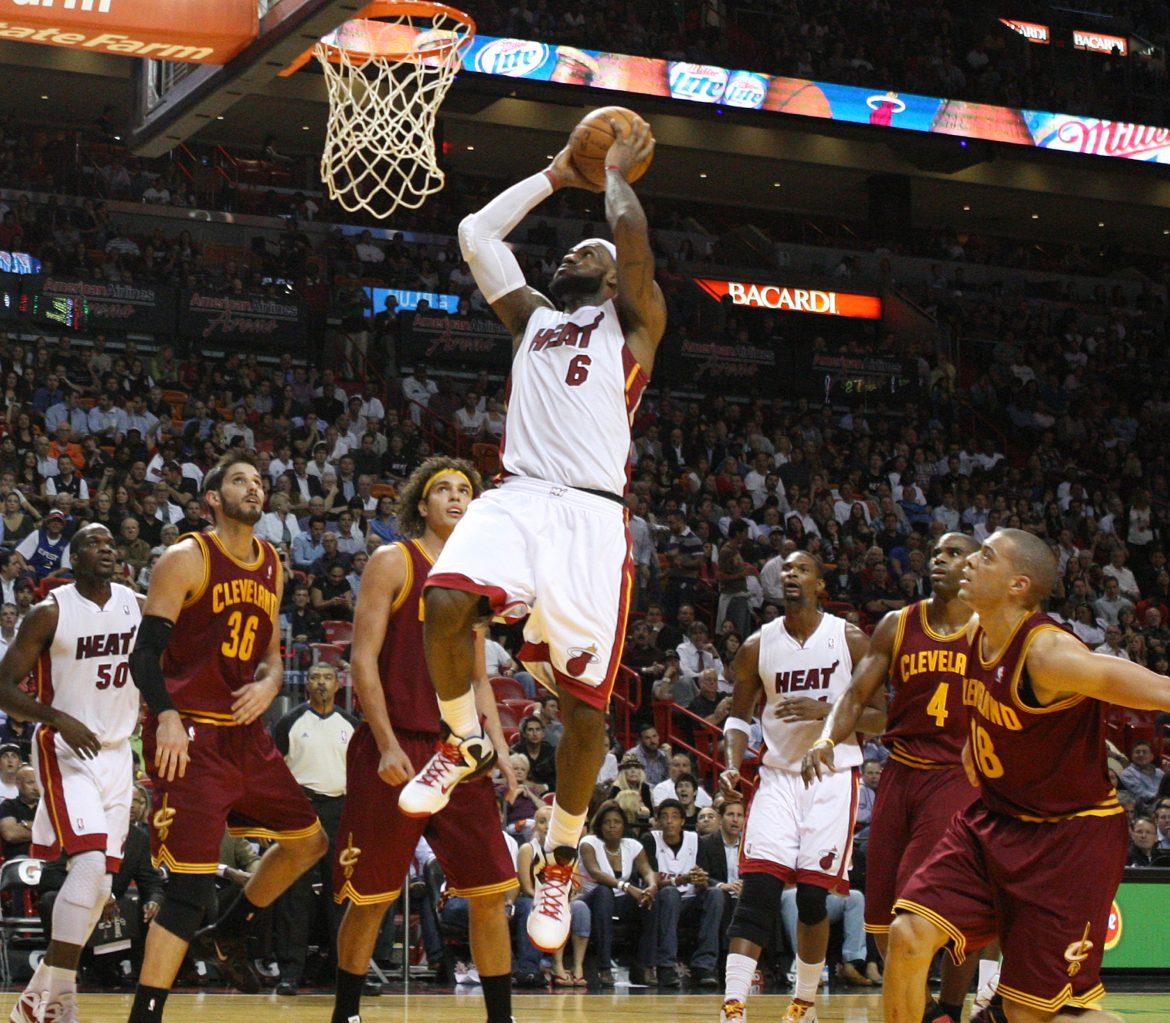 Lebron James has decided to leave the Miami Heat after four seasons and two championships to return to his hometown Cleveland Cavaliers. Photo Courtesy of MCT

As fans, we often get consumed by our favorite sports teams and players. A great example of this is the latest NBA Free Agency period which had the nation on standstill awaiting the decision of the largest free agency domino, Lebron James.

Only four years ago, the world awaited Lebron James to make a similar decision, when he chose to team up with Chris Bosh and Dwyane Wade in Miami. However, who would have imagined we would be in a similar position only a few years later? Then, the tale of King James took an even bigger plot twist as James announced earlier today he would be returning the Cleveland Cavaliers.

Finally, after fans of the Cavaliers lined up at Lebron’s home in Akron, Ohio, “The Chosen One” opted to take his talents back to his home team, despite fans and teams making every effort to persuade him to do otherwise.

As much criticism as Lebron received for “The Decision,” four years later, it is easy to see James needed to go to Miami for his basketball game and life to take the next step.

Like many of us, he needed to voyage away from his hometown in order to appreciate it. James needed to be hated by NBA fans everywhere for him to appreciate the love he received in his native Cleveland. James needed to taste the sweetness of winning a championship so he could realize how much more it would mean to share that taste with his entire home state.

Therefore, how can anyone blame James for doing the unthinkable by returning to Cleveland? In an era of professional sports, where loyalty is cast aside for an opportunity to increase salary and chances at winning, James should be applauded for the new found loyalty to his hometown.

Yet, why would James leave the comforts of a Miami Heat dynasty who helped him reach four conference championships and two titles in only four seasons?

The answer is simple. The opportunity to win one championship in his hometown was worth more than the perennial contender status of the Heat. Raising his kids in his hometown was worth more than the millions more Miami could have offered him with a maximum contract. Mentoring young players like Kyrie Irving, Dion Waters, and Tristan Thompson meant more to James than playing alongside the future Hall of Famer Wade. Moreover, the opportunity to be idolized in his home state was more appealing than the fast paced life of Miami.

Still, James does not regret choosing to spend the last four seasons with the Heat. He said it best in his own words, with a letter to a Sports Illustrated, where he compared  four years in Miami to college for most people.

Additionally, James’ greatness was his to write in the first place, so no one can blame him for wanting to write the rest of his story in Cleveland. Hence, James should be praised for writing his own path, even if a plot twist with the Cavaliers may be more difficult.

Applaud James for facing the ambiguous championship hopes of a young Cavaliers team. Applaud James for having the guts to face the same fans who were burning his jerseys only four years ago. Mostly, applaud James for admitting he needed to grow up, before he was ready to be a hometown hero.

Sure, this very decision may mean James never catches Kobe Bryant, Michael Jordan, or Tim Duncan in championships won. James may have turned down absolute greatness by leaving Miami and the comfort of the “Big 3,” but who can blame him? The decision to return to Cleveland was about the quality of life for him and his family, rather than rings, dollar signs, or even basketball.

Unthinkable has already become the expected from James. Whether it was his choosing to pair with two superstars in Miami, or the dozens of amazing plays James does on the court; James has already created a legacy of doing the unprecedented and the move back to Cleveland solidifies that legacy.

Whatever Lebron James accomplishes as he resumes his career in Cleveland, will only add to a legacy already worthy of a king.