Cavaliers secure Love, not a championship 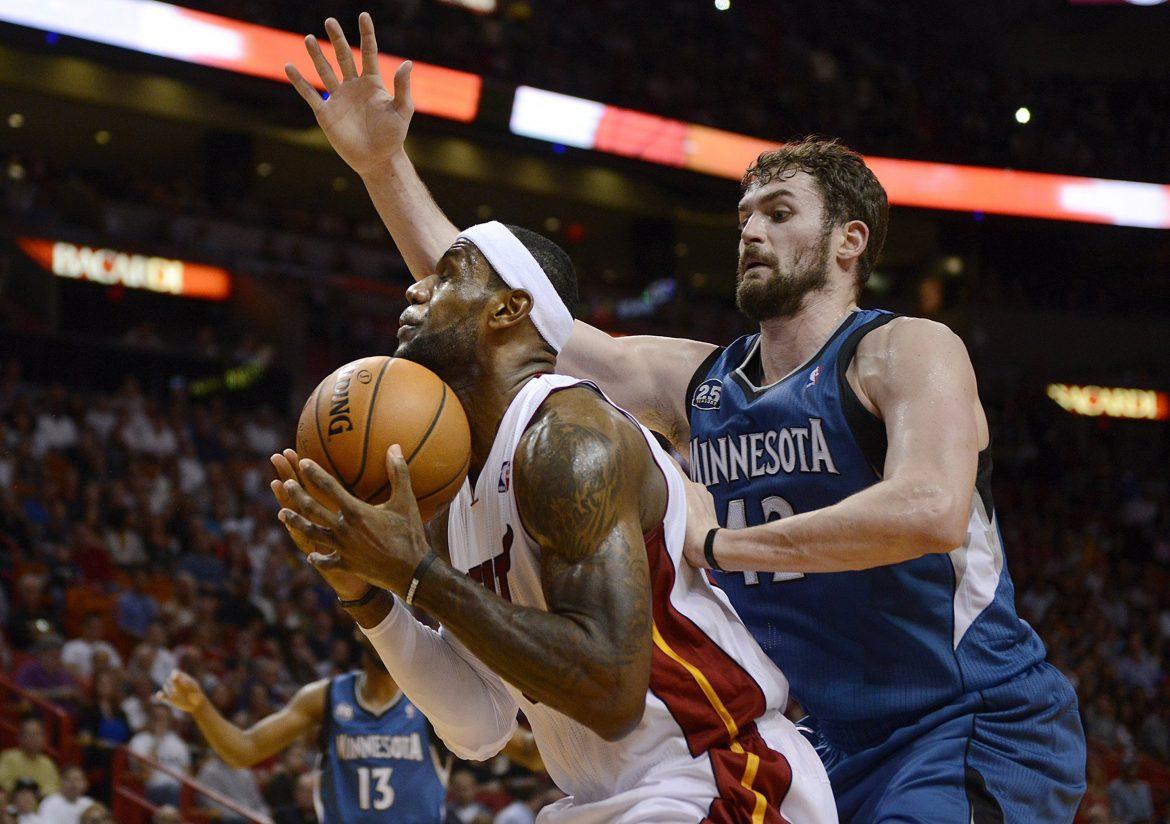 Kevin Love and LeBron James team-up with the Cleveland Cavaliers in hopes of winning a NBA Champsionship, photo courtesy of MCT.

Over the weekend, the Cleveland Cavaliers acquired All-Star forward Kevin Love from the Minnesota Timberwolves in a three-team trade that sent 2014 No. 1 draft pick Andrew Wiggins to Minnesota.

Talk of a Wiggins-for-Love swap stormed the internet after Cleveland signed LeBron James last month. League rules, however, kept the Cavaliers from trading Wiggins for 30 days after signing his rookie contract on July 24.

The acquisition of Love adds a third All-Star to the Cavaliers’ roster, along with James and point guard Kyrie Irving. On paper, Cleveland becomes an instant contender in the Eastern Conference, but that doesn’t mean they actually will be.

Love has been the first option for the Wolves for most of his career, but with James on his team, he will have to take a back seat in crunch time.

Similarly, Irving has to adjust his game and make way for James to bring the ball down late in games and take the big shots.

It may take them some time to build chemistry on the court. When James first signed with the Miami Heat in 2010, he joined an All-Star lineup that included Dwyane Wade and Chris Bosh. But the team struggled in the first half of the season and ultimately lost in the NBA Finals that year before winning the championship the next two seasons. The 2010 Heat team proved winning a championship requires more than just talent.

Unlike the Heat, however, this Cavaliers team lacks experience. Wade and Bosh were seasoned veterans that had led their teams to the playoffs before joining forces with James. Love and Irving have never made the playoffs. It is up to James to lead the way for the younger and inexperienced players.

Last season, James, Love and Irving averaged a combined 81.1 points and 23 rebounds per game. James and Love give the Cavaliers a strong presence in the paint. Both players are exceptional on the post.

Despite Love’s defensive woes, he is one of the best rebounders in the league and a solid outside shooter. Ideally the two players should work well together compromising an offensive juggernaut in the front-court.

James, a four-time league MVP, addressed speculations of the trade a few weeks ago. He expressed his desire to play with Love, saying Love’s basketball IQ is what stands out to him the most. The two played together on the gold medal team in the 2012 Summer Olympics. After the trade became official, James welcomed his new teammate to “the Land” on Twitter.

The Kevin Love trade also sent the Cavs’ 2013 No. 1 pick Anthony Bennett to the Wolves. The third team in the trade, the Philadelphia 76ers, acquired Alexey Shved, Luc Mbah a Moute, and a 2015 first round pick in return for sending Thaddeus Young to the Wolves. Young, the Sixers’ leading scorer last season, adds experience to the Wolves, while Wiggins has the potential to become a franchise player in the future.