Let’s Be Cops, flops at the box office 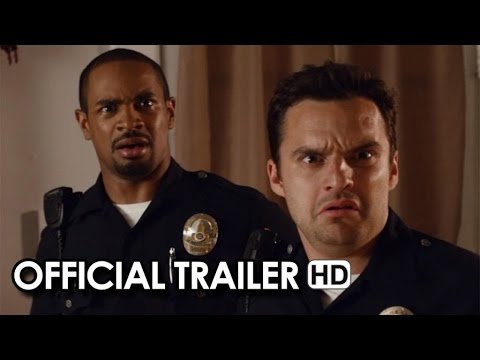 It is possible that most of America has thought jokingly about all the things they would like to get away with if they were a part of law enforcement. “Let’s Be Cops” invites viewers to live out that fantasy in a funny way.

Sticking with the classic buddy cop formula, the film offers a few good chuckles but also has a very predictable plot.

The only thing that sets it apart from others like “The Other Guys,” and the “Jump Street” franchise is that the characters are not cops at all. They are just two guys who took dress-up a little too far.

“Let’s Be Cops” follows best friends, Ryan (Jake M. Johnson, New Girl) and Justin (Damon Wayans Jr., New Girl) as they start to realize that life in Los Angeles is not what they had planned it to be.

After dressing as police officers for their college reunion, assumed to be a costume party by Ryan, they begin to realize that people think they are real cops. They start to notice the increase in respect from men and the instant admiration from women. This alone gives the boys more than enough reason to convince one another to keep up the charade.

Following a few silly interactions with the unknowing public, the boys are introduced to some expected danger. An Albanian crime mob has been terrorizing the city and hyperactive Ryan drags his insecure “partner” on an adventure to stop the bad guys.

It’s not hard to see how this plot could have been considered comedy-gold at the time it was being written, however it wasn’t executed as well on film as anticipated.

Unfortunately, this movie only did an okay job at showcasing the comical talents of Wayans and Johnson. Most of the film’s shining moments came from comedians Natasha Leggero, as seen on Chelsea Lately, and Keegan Michael Key of Comedy Central’s “Key and Peele.”

Key’s character, which goes by the name of “Pupa,” nearly stole the show with his ridiculous wig, face tattoos and confusing accent. Following his appearance, Wayans finally gave the audience the laugh they were looking for by dressing as Keys’ character and reacting to a hit of crystal-meth he was forced to take.

Admittedly, Wayans and Johnson did display a great comedic connection, which could be due to co-starring together on Fox’s hit TV comedy “New Girl.”  It can even be argued that Wayans had more chemistry with Johnson than he did with his love interest played by Nina Dobrev, yet, it’s the chemistry that Johnson and Wayans had that made the film easy to get through.

Though “Cops” nailed the buddy cop formula, it just could not generate as many laughs as intended. The attempts were there, but they just did not win over the audience.