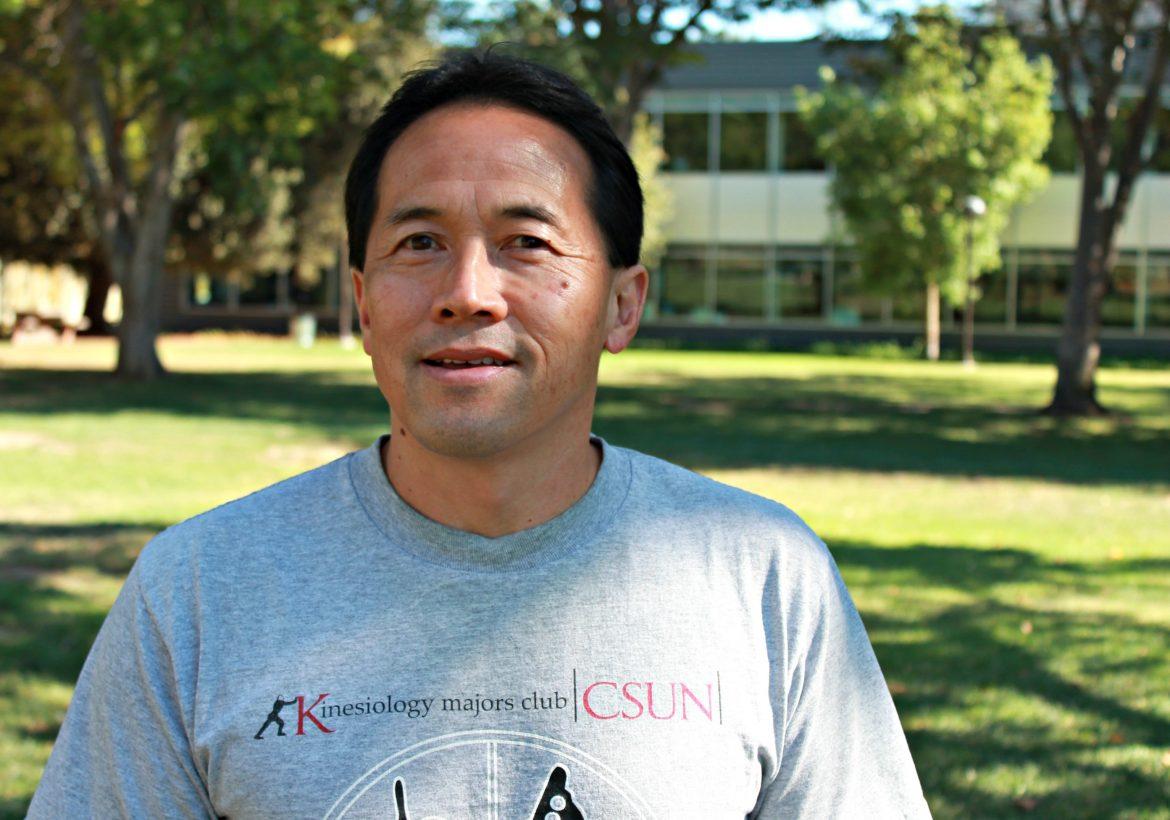 Steven Loy, a kinesiology professor, founded 100 citizens, a free exercise program in the San Fernando Valley, which was recognized by the White House. Demi Corso/ The Sundial

Four years ago the 100 Citizens program got its start with founder Dr. Steven Loy, CSUN kinesiology professor and  just 20 CSUN students. The participants gathered in a classroom to discuss their desire on public health. Today, 100 Citizens is a widely celebrated program recognized by the White House after winning the Popular Choice Award for Michelle Obama’s Let’s Move video challenge.

100 Citizens is based in San Fernando and helps prevent obesity by providing free diabetes prevention programs and physical activity programs. This makes it widely accessible to individuals regardless of their financial standing.

“We noticed is that over time the population has become less active so obesity is on the rise,” said Loy. “There seems to be a disconnect between what public health is telling people what to do, which is 30 minutes of exercise a day, five times a week, and a lot of people are doing that. Part of the disconnect is that people don’t know what to do and they don’t know how to do it.”

The Organization for Economic Cooperation and Development reported the economic crisis may have contributed to the further growth of obesity in the United States. According to a recent study by Gallup, the nation’s obesity rate for 2014 is 27.7 percent a steady increase from the 2013 rate of 27.1 percent.

Loy explained the program was established under the premise of being free, accessible and sustainable which is critical for individuals who have been struggling financially.

As Loy and the students provide free program and services to the community, they are not only helping others but also motivating themselves as well.“I think the greatest thing about the program is that it doesn’t require funding and yet the students get experience,” said Loy. “Everybody thinks you should go for funding…The students are able to provide the program at no cost. They supervise other student interns who run the programs so there is no funding required.”

Currently there are over 100 members but Loy anticipates that 100 Citizens will continue to grow as awareness is spread.

“I’ve been talking about the public health opportunities for kinesiology for about a dozen years,” Loy said. “We would have this discussion year after year about what are we going to do about it and about six years ago, I decided to approach the city of San Fernando.” After contacting the city, Lim was provided with the tools he needed to reach out to more people.

However, Loy said that as the program continues to move forward, more of the responsibilities have been shifting over to the students and interns. Among these responsibilities include reaching out to other Cal State Universities, informing them about the need to implement 100 Citizens. This gives other students the opportunity to do something for the community as well.

And no matter what age the participant may be, they will be able to change one’s activity level and health. 100 citizens caters to people of all ages and helps individuals change their lifestyles and become healthier.

“Before 100 citizens, I wasn’t too worried about exercise,” said Steven Mendoza, 22, kinesiology major, “…there was a point where I was 25 pounds heavier. I started to exercise and learned more about nutrition and I wanted to lead by example. I didn’t want to just tell people what to do without knowing what I was exactly doing myself.”

“I started the program last year with her and she was one of the ones who lost the most weight,” Byanca Rodriguez, 22, kinesiology major, said. “She lost over 20 pounds. and she’s not young. she was in her seventies or sixties. So if someone at that age can grow and lose that much weight, we should be out there helping everyone else. There shouldn’t be an excuse.”

“I’ve been working with public health for L.A. County and Network for Health and California and I approached the city of San Fernando and said there’s a possibility that with students we could develop a wellness program to demonstrate to our students that if you see that there is a need for something to be done, then you can go out and do it,” Loy said.