Summer music festivals that rocked the month of August 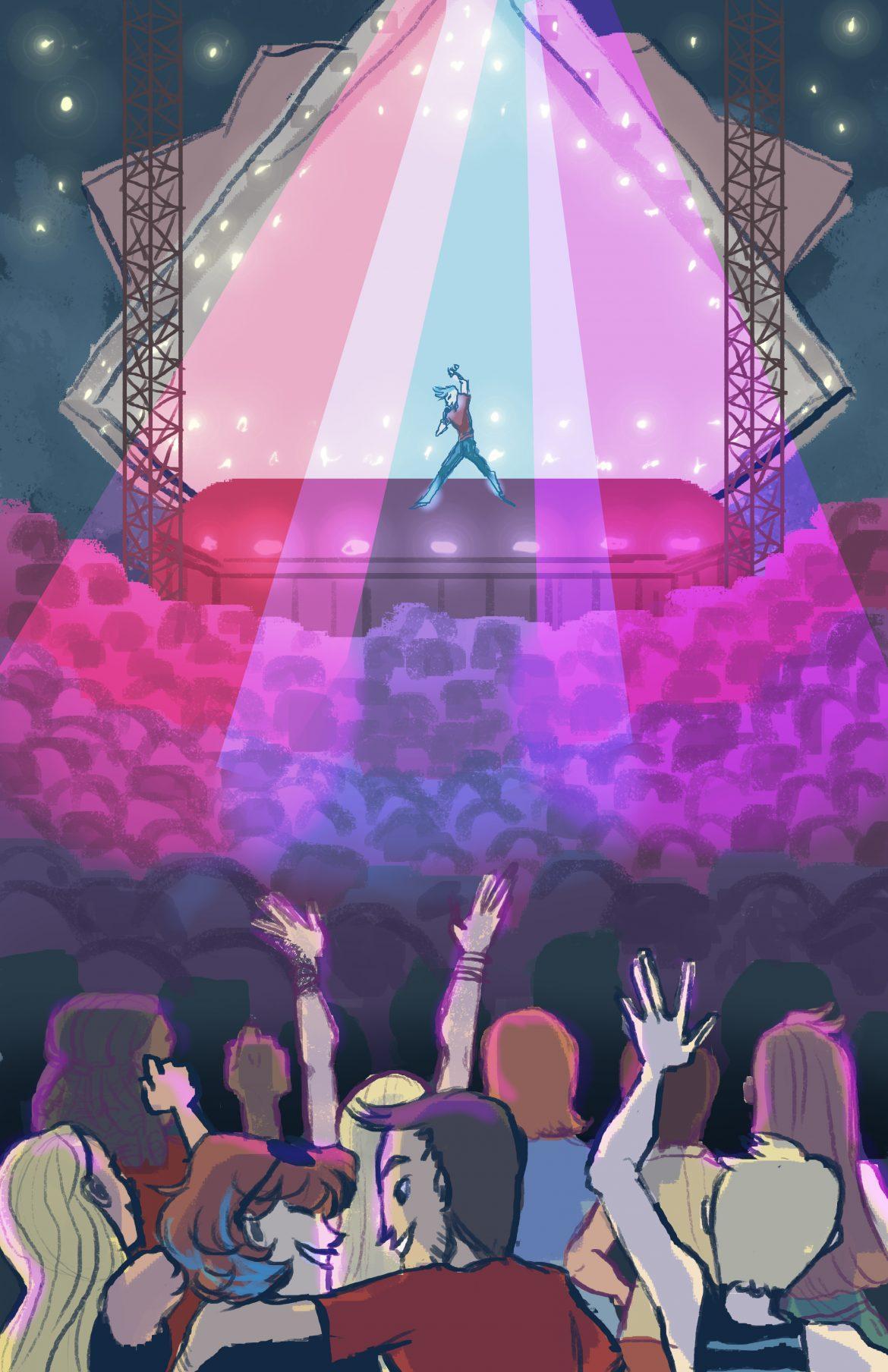 The month of August hosted a variety of music festivals that included the likes of The Strokes, Kanye West, and Tom Petty and the Heartbreakers.

Outside Lands of San Francisco, Echo Park Rising, and Fuck Yeah Fest (FYF) of Downtown Los Angeles spanned across the August weekends. Filled with rich and new music, the festivals are an absolute, amazing time.

Outside Lands is a great music festival experience. It’s what one may expect at Coachella, but on a much smaller scale. Present at Outside Lands was an array of vendors and food. The food was expensive,but it’s decadence made up for the high cost, while many San Francisco-based clothing vendors set up shop, including a barbershop.

The main headliners of the weekend were the boisterous and heavy-hitting Kanye West, the humble legend Tom Petty and the Heartbreakers, and the ultimate synth-pop band, the Killers.

West came on after Disclosure’s epic set, and immediately stirred the crowd up with a tease to his song “Black Skinhead.”

The artist, now commonly referred to as “Yeezus,” performed all of his crowd pleasers, including “All Falls Down,” “Touch the Sky” and his mega-single “Stronger.”

Mr. West is what you’d expect him to be as a performer, but his off-stage antics have been translated onto the stage and even ended his set about 15 minutes early.

Nonetheless, it was an experience, however his set was incomparable to the classic legend that is Tom Petty and the Heartbreakers.
The Heartbreakers, who are no strangers to playing a big stage, destroyed the audience’s expectations by playing their hits “American Girl,” and “Free Fallin.”

Yet, even so, Tom Petty and the Heartbreakers wasn’t nearly as impressive as the Killers.

The Las Vegas-based group are the kings of hit-makers. From “Mr. Brightside” to “When You Were Young,” the Killers had the crowd bursting with excitement and adrenaline as much as they were on-stage.

But the headliners weren’t the only ones to kill their set. Three sisters from LA known as HAIM, English duo Disclosure, and artist Vance Joy were also notable performers.

If you’re looking for a local treat, look no further than Echo Park.

Free music festivals are always awesome, and Echo Park Rising, a three day music festival in Silverlake, was certainly an impressive event. While several local vendors contributed various goods to the event, others lent their retail space to local bands to perform 45-minute sets making it a more an intimate experience for attendees.

But stages weren’t just present in local stores, performers were able to play everywhere from  restaurant corners or to alleyways.

Among the larger venues that participated were the notable Echo/Echoplex or the main stage next to French restaurant Taix.

While strolling along and observing local artists, listening to each performer was like popping in a new CD in the car or discovering new music on an indie music blog.

Stand-out performers like Myron & E and Ivory Deville were notable acts of the three-day festival weekend. Folksy-blues trio The Record Company is also a band to check out that inhabit the sounds and mixture of Bob Dylan and the Black Keys.

But what stood out the most was artist Peanut Butter Wolf. The best thing about the “Wolf” is that he’s a classic DJ. In this modern music age, some automatically think of Electronic Dance Music (EDM) when you mention DJ.

Wolf introduced a wide variety of music to the crowd and emitted a vibe that was felt all across the stage.

All in all,  Echo Park Rising is a great place to spend a weekend and a great addition to the Los Angeles music scene.

If you’re willing to spend a little dough and experience some epic headliners and still want to stay local, turn no further than to Downtown Los Angeles’s FYF.

FYF thoroughly closed out an amazing August music festival frenzy with headliners like Phoenix and The Strokes giving concertgoers the ultimate bang for their buck.

From “1901” to “Lystomania,” the France-based group Phoenix had crazy visuals and an absolutely gratifying jam session that left the crowd in awe.

Meanwhile, on Sunday night, The Strokes rocked everyone’s socks completely off – and maybe a shirt or two.The New York performers crafted as many hits as the Killers did, and the crowd went wild for every single jam.

“Reptilia” caused the most commotion, as the audience sang every bit of the song from the guitar riff, to Julian Casablancas’ gritty crooning. The band departed from the stage as their set ended only to have been forced back on thanks to the crowd’s incessant, roaring chants of “one more song!” The Strokes ended the festival with a striking performance of “New York City Cops.”

Other notable acts during FYF were Earl Sweatshirt, Interpol, Little Dragon, and solo performances by the Strokes’ Albert Hammond Jr. and Julian Casablancas.

The last festival of the summer ends with Made in America, taking place this weekend for the first time ever in downtown Los Angeles. For the festival goers looking to close out their summer with a bang, Made in America is one not to miss.