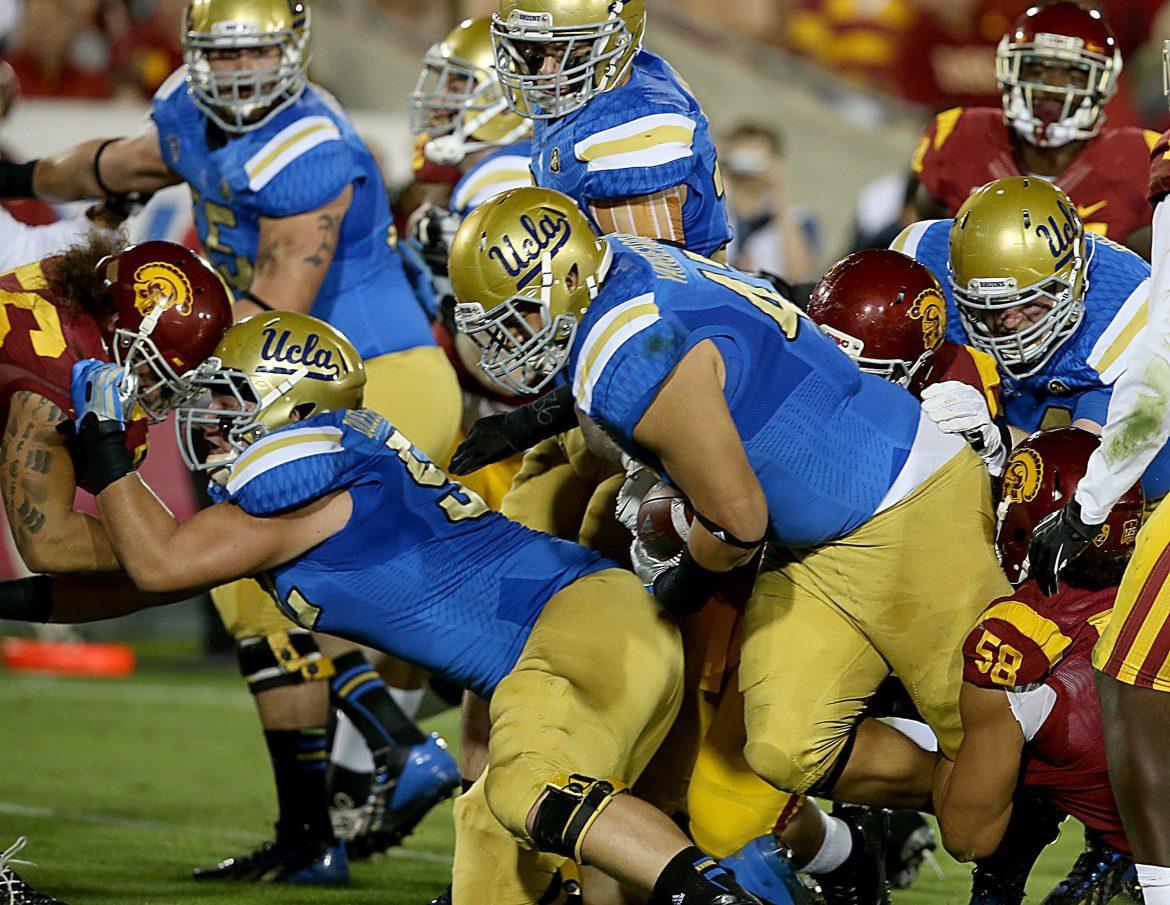 The Pac-12 Football Conference features an abundance of competition for the Los Angeles area college football teams in 2014. Photo courtesy of MCT

Since CSUN discontinued football in 2001, there has been no college football team on campus for Matadors to support.

Featuring six teams within the top 25, the Pac-12 football competition seems to be at its highest point in recent memory.

Let’s begin the college football preview by looking at the Pac-12 team capturing headlines, and only a short drive down the 405 freeway.

Ranked No. 7 in the NCAA preseason polls, the UCLA Bruins enter the season as consensus Pac-12 South favorites.

Lead by third year head coach Jim Mora, the Bruins begin their championship aspirations this Saturday, when they travel to face the Virginia Cavaliers.

On offense, third-year coordinator Noel Mazzone will hope running back Jordan James is fully recovered from an early 2013 season-ending injury.

James can bring balance to a rushing attack that saw Hundley and two-way star Jack account for over 40 percent of the team’s total yards rushing last season.

Returning starting wide receivers Jordan Payton and Thomas Duarte give Hundley two proven targets and red-shirt junior Devin Lucien has the explosion to will emerge as a playmaker capable of replacing the departed Shaquelle Evans.

All-American guard Xavier Su’a-Filo left for the NFL and projected starting left tackle Torian White has been dismissed from the team.

Injuries forced the Bruins to start three true freshman in 2013 and there are expected to be the line’s foundation. The experience should help the young unit which ranked No. 108 in the entire NCAA for sacks allowed.

The defensive front seven may be as stout as any in recent memory, but new defensive coordinator Jeff Ulbrich lacks a single proven pass rusher.

In nickel-packages, Ulbrich will move Sporting News Freshmen All-American defensive lineman Eddie Vanderdoes to the three-technique in the hopes that he can evolve into disruptive force taking advantage of slower guards.

Fortunately for Ulbrich, the secondary returns four starters, and their collective experience may allow for a great deal of creativity up-front.

The Bruins might not only be required to best the No. 3 ranked Oregon Ducks in the regular season, but they may very well be forced to wrestle away a second victory in Pac-12 Conference Championship.

A tall-order considering they haven’t triumphed over Oregon since 2007.

Thankfully for Bruin fans, the first of two potential matchups is at the Rose Bowl and Hundley gives Mora options to deal with the high octane Ducks.

One option is to go about it like most, by starving Oregon’s beast of an offense with a consistent Bruin offensive showcase.
Attack the reliably malleable Duck defensive lines, dominate possession and limit scoring chances are the Bruins’ keys to a victory.

Otherwise, UCLA should give their vaunted offense and Heisman hopeful free reign to chase points and hope that their defense can engineer just enough key stops to seal a win against Oregon.

Given the weight of the match it is a difficult decision, but the existence of such quandary is a luxury unavailable to most.