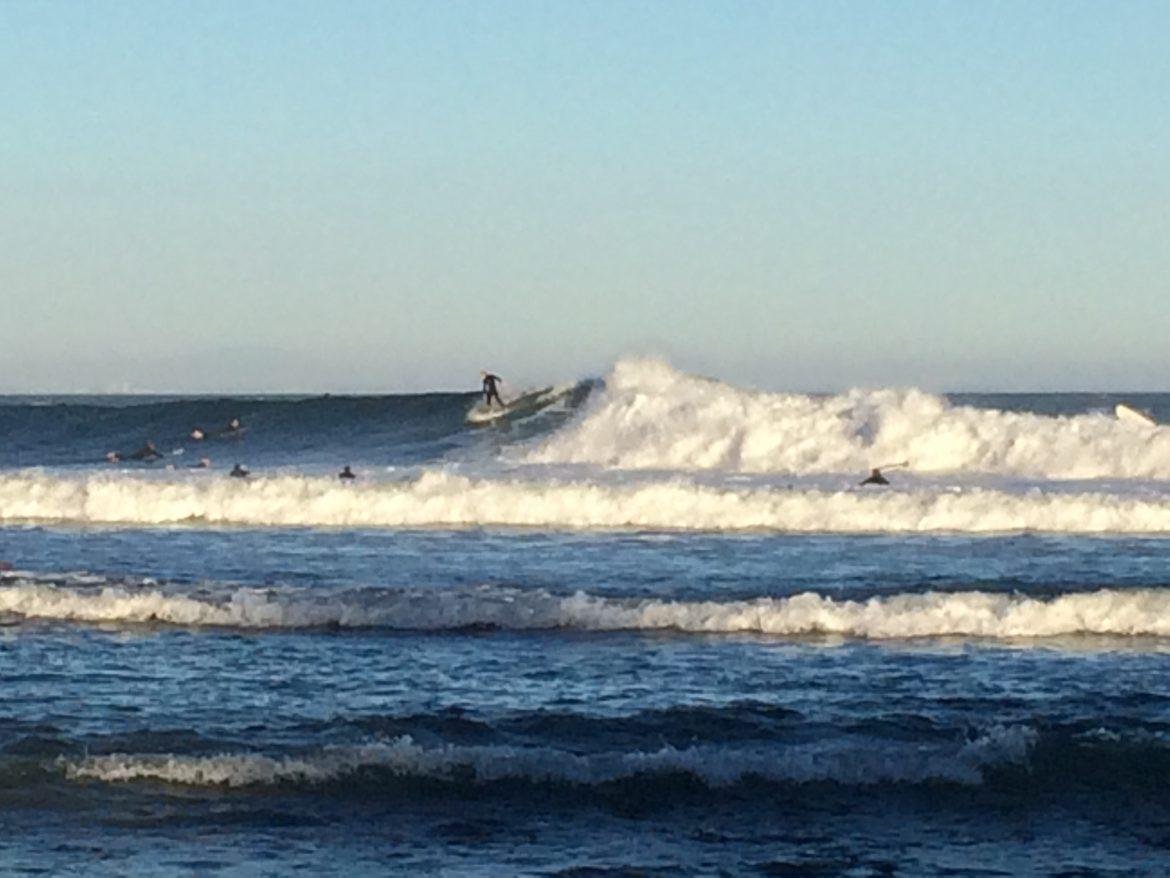 Members of the surf community flocked to Malibu for the epic surf.

As you probably heard, the Southern California beaches were hit with a tremendous swell from Hurricane Maria off the Pacific coast of Mexico. Popular surf spots including Malibu, Newport and Huntington were littered with pro surfers, photographers, community members and tons of people who wanted to get in on the action.

There were numerous rescues along the beaches and tragically, one death in Malibu on Wednesday, when the waves reached their highest peak. Surfers walked out exhausted from the waves and many left with broken boards.

The Malibu pier had 10 broken pilings from the harsh waves, which forced them to close off the end of the pier for public safety concerns.

Malibu local, Bing, who has surfed for over 40 years, said the waves he saw on Wednesday were bigger than anything he’d seen in 10 years in Malibu. 13 year old, Jeffery Mendoza took to the waves and said they were so big that they were crashing on the top of the pier, which is huge.

Having surfed for 3 years, he said, “It was gnarly being out there with such good surfers and huge waves.” If you were lucky enough to have seen the swell, you witnessed a historical time. Waves that size probably won’t come around again for a few years.

Skateboarding legend Jay Adams passed away on August 14 due to a heart attack. Adams played a pivotal role in skateboarding history as one of the original Z-boys. He grew up in Santa Monica and began surfing at a very young age.

He brought his surf style to skating and transformed the sport with his style and innovation. As a teen, he would break into people’s backyards to skate empty swimming pools, which was unheard of at the time

Tributes to the legend have been popping up all over including the famous surf spot in Malibu that Adams frequented. He helped shape skateboarding, as we know it. RIP Jay Adams.