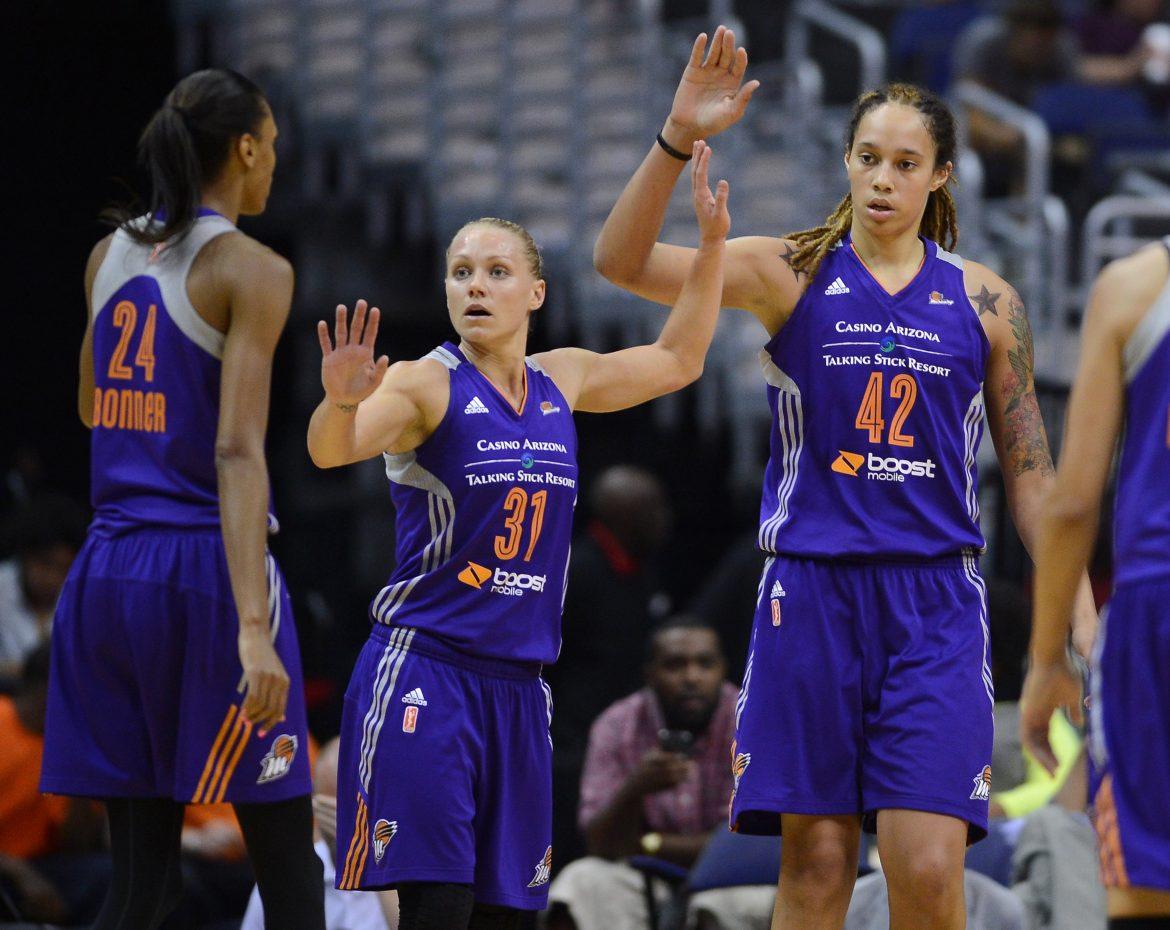 Brittney Griner and the high octane Phoenix Mercury among favorites for 2014 WNBA Championship. Photo by MCT.

This weekend, the WNBA began  its annual Playoff competition.

Despite any regular-season woes, all four teams are essentially coming into the finals 0-0 and are only concerned with taking home a title.

The Phoenix Mercury and the Minnesota Lynx started things off as they competed for the Western Conference Championship and a chance to advance to the Finals.

The Mercury are considered the team to beat since they are the best scoring team in the league. They backed it up with a 87-71 game one victory over the Lynx in Phoenix.

The Mercury have won nine out of their last 10 games and are second best in defense and assists but the Lynx have regular-season MVP Maya Moore.

Moore has ranked in the top five for steals and free throws. She is the league’s No. 1 leading scorer with an average of 23.9 points per game. Do not expect Moore to have another nine point outing like she did in game one.

Not only do the Lynx have an edge with Moore but they are also the defending champs after defeating the Atlanta Dream with a three-game sweep for the 2013 WNBA Championship.

However, Griner stole the show in Game one with a 23 points and 11 rebounds outing.

This series should continue to excite as the Lynx should play better in game two.

Saturday will be the first Eastern Conference Finals game with a matchup between the Chicago Sky and the Indiana Fever.

Despite that, they both have solid teams and the presence of star player.

The Fever has forward Tamika Catchings who has been in the league, with the same team, since 2001 and helped earn the team a title in 2012.

Elena Delle Donne has been a key player for the Sky. Especially on Aug. 26 during her buzzer-beating jumper that resulted in a 81-80 win against the Atlanta Dream.

The win sealed the Sky’s advancement to the conference finals.

The Conference Finals end on Sept. 3 (if necessary) and the full schedule can be viewed online.