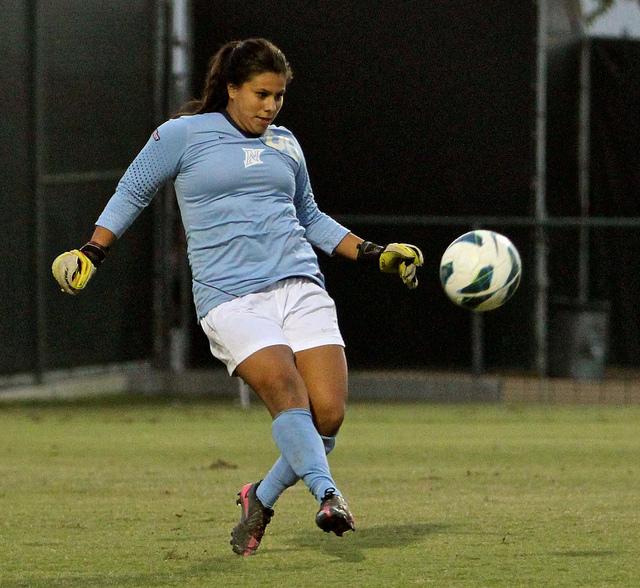 The Matadors were unable to secure their first win of the season against the Utah Utes.

Goal-less through their first three games, The Matadors started the Utah game strong with senior forward Brittanie Sakajian rocketing off a shot at the cage early in the first half.

Sakajian would go on to make another shot on goal along with Taylor Hobson to bring the Matadors to a game total of three attempts.

Despite early attempts on goal by the Matadors, the Utes pushed one past junior goalie Cynthia Tafoya in the 18th minute.

Tafoya would go on to make five saves in the match bringing her season total to 11, according to Gomatadors.

The score remained 1-0 until in the 63rd minute when the Utes gained an advantage off a corner kick. The matadors were not able to recover from the two-goal trail.

Although the Matadors were not able pull through in the second half, the game remained close with the Utes barely inching out the Matadors 10-8 in attempts on goal.

The Matadors return for their first home game against the Gonzaga Bulldogs 7 p.m. this Friday, September 5 at Matador Soccer Field.

The fight stays at home for another home matchup Sunday, Sept. 7 at 5 p.m. against San Diego.