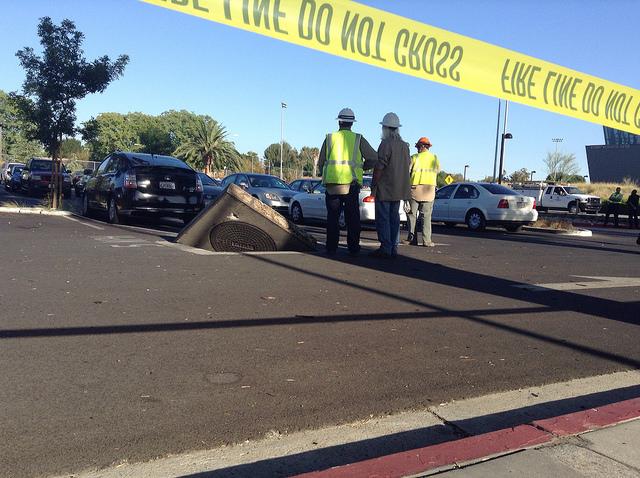 A manhole cover was dislodged in parking lot F5 on Wednesday evening after an electrical line that the Los Angeles Department of Water and Power (LADWP) had been working on created a surge of energy.

There were no injuries or damage to any vehicles reported but students and staff have been asked to avoid the area.

“We have parking staff on scene to help with getting students into the lot if they are parked within an immediate area of the manhole,” Lt. Mark Benavidez, CSUN Department of Police Services, said.

Benavidez said that the LADWP was charging a nearby electrical line when a surge of power from that line caused the manhole cover in the parking lot to dislodge.

No damage to any student vehicles has been reported as of yet.

A crew of LADWP workers were sent to fix the cover and parking enforcement has blocked of the corner of the lot where the cover is located.

“The rest of the lot is open and freely accessible to students and staff,” Benavidez said.

As of yet the LADWP has not given an estimate as to when the repairs might be finished.