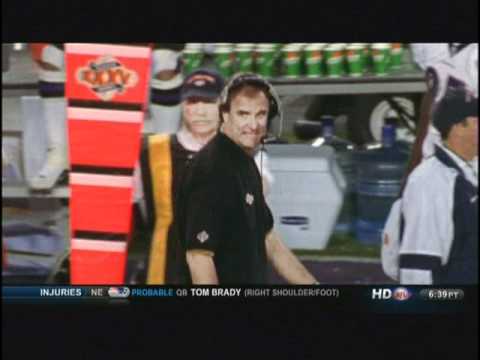 As NFL season nears, three imperfect teams enter the season as favorites to represent a largely pedestrian AFC in the Super Bowl.

The Denver Broncos remain the class of the conference.

Of the three, it is the distinguished seven-time Pro Bowl selection Ware who has the most to prove.

The 32-year-old former Dallas Cowboy is coming of a career-worst six sack season that ultimately led to his release this past March.

Despite the transactions, the fundamental character of the teams remains.

Peyton Manning adds the class to this squad, and it is his play that will determine the season.

The offense has talent, but it is made prolific by Manning’s execution and precision.

The defense is more opportunistic than stout.

They are the best of the AFC’s triumvirate of imperfect contenders, but that only gets you so far.

Football has a purgatory. Quarterbacks competent enough to guarantee routine playoff berths, but unable to further their cause once there.

In three consecutive playoff appearances, Andy Dalton has guided his team into the end zone only once more than you have.

As far as interceptions, catching up will require quite the personal initiative as Dalton has thrown six in three playoff appearances.

Dalton will likely be given another opportunity to squander as traditional division powers, the Baltimore Ravens and Pittsburgh Steelers, are struggling to rebuild rosters once the envy of the AFC North.

On defense, the Bengals lose developmental-project-turned-star defensive end Michael Johnson, but regain the services of the NFL’s preeminent three technique, Geno Atkins, after a torn ACL prematurely ended his 2013 season.

Strange as it sounds, Bengals fans will look to the Ravens to rationalize their optimism, wondering if it is still possible to replicate their rival’s 2000 achievement of winning a Super Bowl with mediocrity at the helm of quarterback?

The New England Patriots continue to be sports’ biggest enigma.

In 2013 they managed to reach the conference championship despite losing the spine of their defense (nose tackle Vince Wilfork and linebacker Jerod Mayo), starting right tackle Sebastian Vollmer and the team’s three leading receivers from the previous season.

Somehow they even managed to rank No. 10 in points allowed per game while ranking abysmally in most other major defensive statistical categories.

Rob Gronkowski, Mayo, Wilfork and Vollmer appear available for the season opener and are joined by the signing of two star corner backs in Darrelle Revis and Brandon Browner.

Their addition, along with continued development of defensive end Chandler Jones gives the Patriots the potential to feature a true shutdown defense.

On offense,Tom Brady will need Gronkowski to maintain his health better than he has in years past as he is the sole red zone threat, and will team up with a healthy  Danny Amendola to terrorize between the hashes.
With two marque defensive signings, for the first time in quite a while, general manager Bill Belichick is making things easier for coach Bill Belichick.