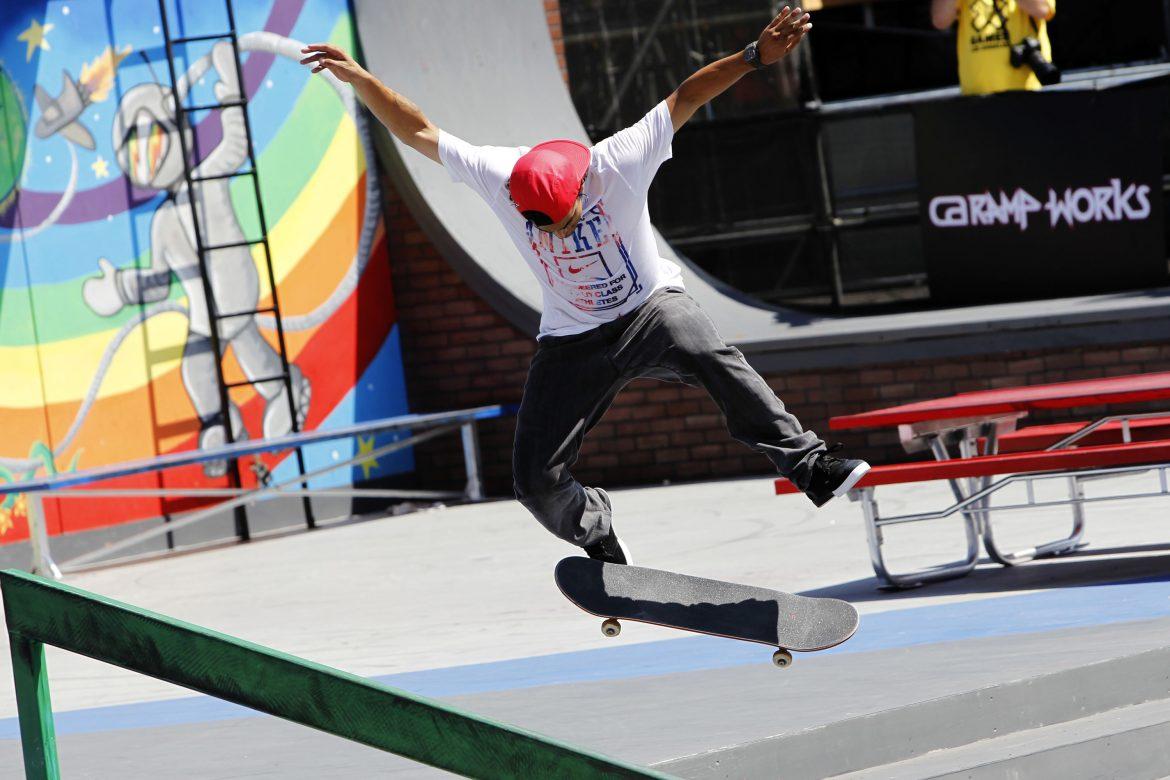 Hayley Hill recaps some of the highlights from the Dew Tour. Photo by MCT

As this summer comes to an end, let’s take a look back and recap some of the awesome things our favorite extreme athlete’s were up to, shall we?

The Dew Tour moved locations from San Francisco to Portland Oregon this year. The country’s finest tranny and street skaters came together to skate in the infamous downhill course, which was equipped with a ramp over a car, huge rails, stair sets and insanely large gaps.

The Portland ground ended up being way too rocky, thrashing many skaters. The wind was also working against the athlete’s as it slowed them down and not giving them enough speed for the big jumps they were preparing for.

Ben Shaw of North Carolina made a world record of longest surf session. He caught 300 waves and lasted more than 29 hours and 10 minutes beating the previous record by only 5 minutes. Can you imagine how pruny his hands and feet were!

If you want in on some action check out The Surf Demo Day at Huntington Beach on September 13 from 8-3pm on Main street. It is sure to be a fun day in the sun watching awesome surfers!