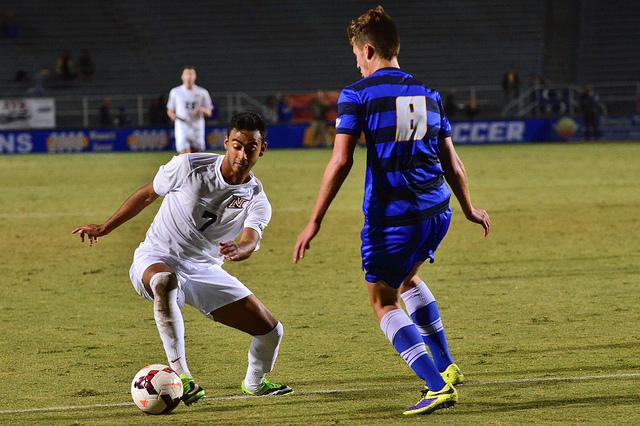 Junior goalkeeper Adam Hobbs and Lev-Ari were both named Co-MVP and sophomore defenders Shane Steffes and Gabe Robinson were all included on the All-Tournament Team.

Lev-Ari has continued his scoring run and made it four goals in four games, and is tied for sixth all-time goal scorer for the Matadors.

The Matadors earned their second consecutive win after opening up the season with back-to-back losses. They pressed quickly and aggressively, with the first shot coming in the second minute of the game.

A barrage of Matador corner kicks ensued within the first 30 minutes of the game. One of the corner kicks eventually led to the Matador’s first goal.

The Golden Hurricane attempted to clear the ball, but only helped junior midfielder David Turcios to steal the ball and cooly pass it to Camacho to open up the scoring.

The Matadors led in shots and corner kicks at halftime and junior goalkeeper Adam Hobbs was untested for the first half.

Tulsa continued to experience pressure from the Matadors. Camacho almost made it 2-0 in the 70th minute, but his header bounced up and over the open net. The Golden Hurricane furiously tried to find an equalizer and sent numbers forward.

The Golden Hurricane’s Akeil Barrett found the equalizer in the 88th minute and sent the match to overtime.

The Matadors will return home to play their 2014 home opener on Friday against the University of New Mexico Lobo at 7 p.m..