NFC contenders lead by familiar faces from the NFC West 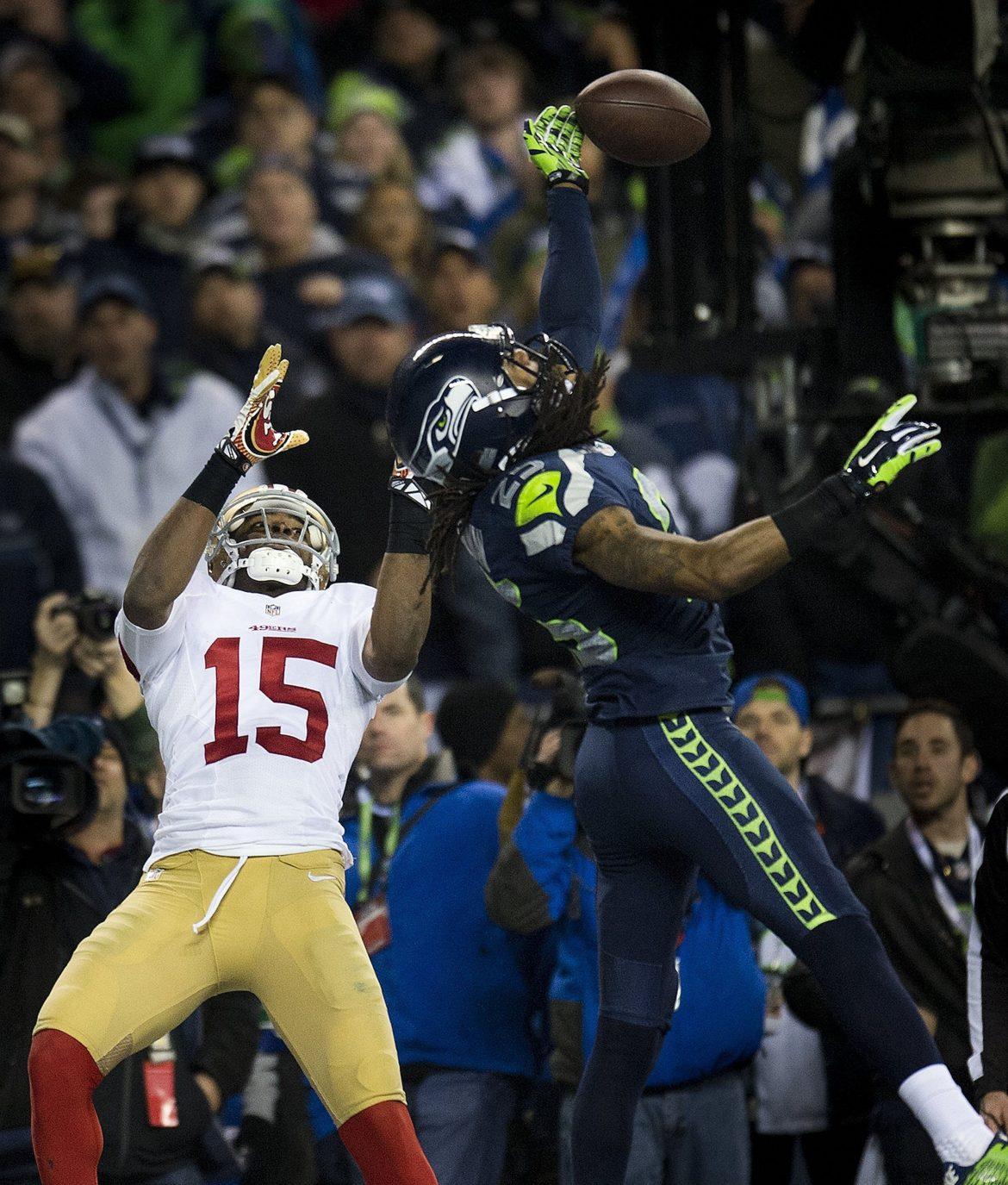 The Seattle Seahawks and San Francisco 49ers are still the class of the NFC, but both have questions to face in 2014.

The NFL season kicked off this past weekend, and the defending champs did not disappoint with a 16-36 defeat of the Green Bay Packers. However, their biggest competition in the NFC happens to be their biggest rival, the San Francisco 49ers.

The last two NFC Champions will again duke it out to see who wins the division and leads the conference. The twin powers of the NFC hover over the competition, but not at such a degree that they enter the season without questions.

The Seattle Seahawks have set off on a course not successfully navigated since 2005.

It was the last time the NFL saw a repeat champion.

The salary cap has largely ended the enduring primacy of old.

After its introduction in 1994, only two teams have repeated.

The salary cap routinely forces great teams to reduce themselves to their most essential parts.

Defensive end Bryant and defensive tackle McDonald will be missed most. Their immovable presence allowed the Seahawks to man a 4-3 base defense with a plethora of undersized hybrid defensive ends best suited for the 3-4.

What they lost in personnel, they gained in security.

Key members of the self-described Legion of Boom, responsible for holding opposing signal callers to a quarterback rating of 63.4, were wedded to the team long-term.

Kam Chancellor,Richard Sherman and Earl Thomas have all been signed to extensions.

On offense,Russell Wilson will look to strike a balance between satisfying his ambitions, while remaining the good and careful steward of an offense designed to feature Marshawn Lynch.

If the offense is to take on a more explosive character, it will require the sustained health of oft-injured former Pro Bowlers wide receiver Percy Harvin, center Max Unger and left tackle Russell Okung.

On defense, they will need to replace two of the NFL’s stoutest run defenders. 34-year-old free agent signing and six-time Pro Bowl defensive tackleKevin Williams spent his whole career as a one gap perpetrator.

At Seattle he will need to flash the  ability to take on double teams and control running gaps.

Recently extended defensive end Michael Bennett will be asked to replicate Bryant’s steadfastness against the rush despite weighing despite weighing 50 pounds less than his former teammate.

The San Francisco 49ers style of play can best be described as a higher form of bludgeoning.

He stands in stark contrast to most of his colleagues whom prefer the expediency of the pass.

Roman has been lauded for embracing old school gridiron values, but in 2014 he must show mastership of the new.

It stripped the offense of a fourth credible receiving threat in two tight end sets, and essentially robbed the formation of the versatility and explosiveness.

Injuries to Crabtree and Mario Manningham also lent to the offense’s dismal output.

Wide receiver depth was a glaring weakness in 2013.

It still may be.

Manningham has left via free agency and his replacement, 33-year-old free agent signing

On defense, five starters need to be replaced.

Smith’s suspension will be harder to deal with

Ahmad Brooks and Justin Smith combined for 15 sacks, last season, and may have to carry a bigger load this years to help ease in a young secondary until Smith’s return.