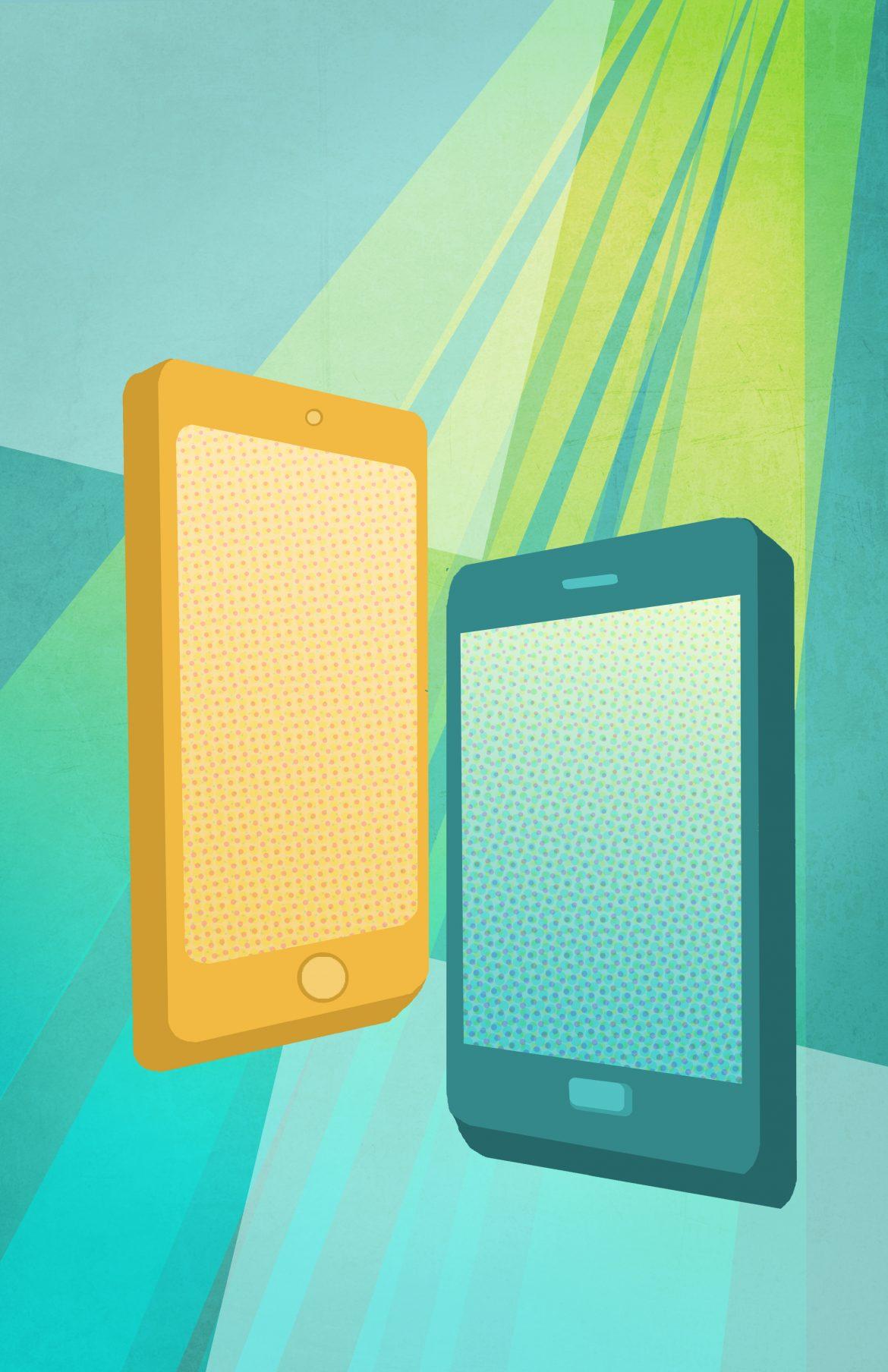 The battle of the smart phones seems to be an endless feud between suppliers and consumers.

As undergraduates it’s important that the right phone is chosen to suit everyday student life.  While many may argue that cost might be the most crucial factors in choosing a phone, Samsung and Apple products seem to be worth it for students.

What’s the real difference between the two? Let’s take a look at what Samsung and Apple offer.

Details of the long awaited next generation iPhone 6 and 6 Plus were revealed on Sept. 9 during Apple’s live presentation of the product where they revealed to consumers what to expect with their new device, and how much they’ll have to shell out for it.

The Samsung Galaxy Alpha is looking to run a little short of $600 in the U.S.for its 32 GB storage.

When constantly updating, checking statuses, and emailing, a considerable amount of battery life is lost in an iPhone.

Samsung was sure to let its potential consumers know about the poorly functioning battery through commercials, making the iPhone user look foolish.

Yet, with the new iPhone incorporating a new operating system, one must take into consideration how well it will function while preserving battery life.

An article by the news organization The Week reported, “Analysts have pointed to iOS 8, Apple’s new operating system, and its new A8 processor as evidence that the company is paying more attention to power consumption.”

Apple confirmed this statement at their presentation, where they discussed the phone’s new features.

“The iPhone 6 and iPhone 6 Plus are powered by the Apple-designed A8 chip, and is up to 50% more energy efficient, so you can have higher sustained performance” Schiller said.

But what does that say about battery consumption? According to a recent article by the Business Insider, “If you care about battery life, you will want the iPhone 6 Plus.”

While Apple has acknowledged this problem, it looks like the 6 Plus will be the only device of the two that maintains a better battery life.

“If you happen to buy the iPhone 6 Plus, you’ll get an extra six hours of life,” said Dave Smith of Business Insider. “The iPhone 6 Plus has about 16 hours of battery life. Keep in mind, other Android phones have comparable or better battery life. But if you care about having an iPhone that lasts all day, this might make the difference.”

While Samsung was busy putting down their competitor, an article by Phone Arena reported that Samsung had problems with battery life in their latest product, The Samsung Galaxy Alpha.

“Having a slim phone has its drawbacks, and one of them is that its maker can’t fit a large battery inside of it,” said Nick T. of Phone Arena. “That’s why the Samsung Galaxy Alpha has a cell rated at just 1860mAh (portable battery back), and even a typical mid-range phone can hold more juice than this.”

During the live broadcast, Apple revealed the latest advancements of camera technology implemented in their newest devices.

“The iPhone 6 has an 8 megapixel iSight camera, 1.5µ pixels, ƒ/2.2 aperture, and an all-new sensor,” Schiller said. In simpler terms, “That’s a nerdy way of saying, we’ve made the iSight camera a lot better. ”

The iPhone 6 also has a new update for the camera which presents “burst selfies,” allowing the user to take up to 10 photos per second.

According to an article by the New York Times, the Galaxy Alpha has also stepped up its camera game.

Why the Samsung Galaxy Alpha?

The Galaxy Alpha is the first Samsung Galaxy smartphone made with a high-quality metal frame according to Samsung’s official website.

In an article by TechRadar, Samsung offers a new alternative to the iPhone that is sleek in appearance and considerably thin.

“At just 6.7mm the Galaxy Alpha is stupendously thin,” said John McCann of TechRadar. “There’s a metal band which runs round the circumference of the handset, in a similar way to that of the iPhone 5S, however Samsung hasn’t totally ditched its beloved polycarbonate, with a dimpled layer slapped on the back of the handset.”

“They are without a doubt the best iPhones we’ve ever done,” said Apple CEO Tim Cook.

While iPhones are known for their lack of durability in their screens, the latest installments ensure resilience.

“The cover glass is an ion-strengthened thing of beauty,” Schiller said. “The rounded, seamless surface is created using a precision polishing process. These are the most beautiful displays on iPhone, and the best displays in the industry.”

Which is best for you?

Ultimately, it’s up to the user which smartphone is more suitable to their liking. The iPhone 6 and 6 Plus will be available for purchase in 16 countries on September 19, while the Samsung Galaxy Alpha is set for release within the next few weeks. Which phone will you choose?