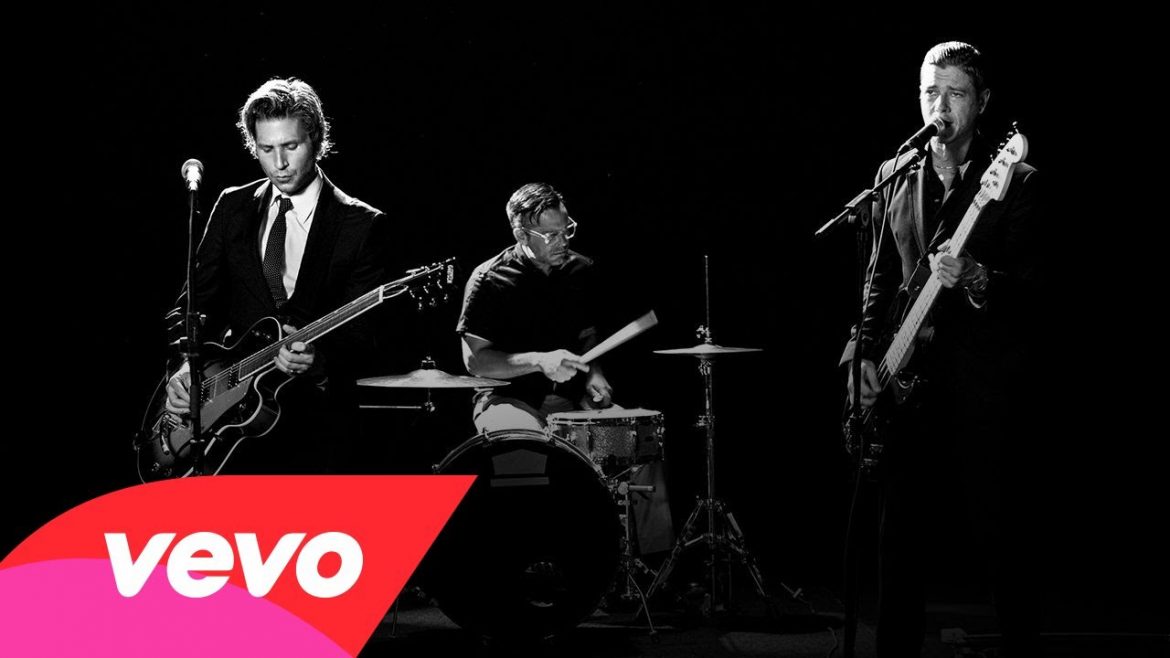 It’s difficult to imagine that Interpol would have as much a toehold in the indie scene today as they did in their pre-Obama years. What was once a group of championed indie darlings quickly became an entry on driving mixtapes long past.

While the careers of Dan Auerbach, Alex Turner and Brandon Flowers saw a meteoric rise, Paul Banks and company seemed to follow suit of oft-cited rivals The Strokes – lie under the radar and release content to mixed reviews.

Nonetheless, Interpol recently broke their nearly monastic vows and returned with El Pintor, as well as a highly buzzed performance at this year’s FYF Fest. In the first release since 2010’s eponymous batch of 10 tracks, the band finds a little more bite while simultaneously playing it safe.

El Pintor is immediately less dirge-like than previous records. It felt odd to complete a listening session of Interpol without the usual fare of five minute elegies, but that doesn’t mean it was overall a welcomed change to the format.

Yes indeed, one might even describe the majority of El Pintor as icy jangle, should you be in the market for even less ubiquitous terms when describing rock. It was an enjoyable surprise to hear a band that was once so finely tuned recreate themselves in a space that didn’t dash expectations entirely.

Here’s the rub, or lack thereof, should you disagree,(which you probably do) all the tracks follow suit. There’s not one in the bunch that broke the stream of consciousness when listening all the way through. That in mind, the innocuous uniformity spells nothing jumping out as exceptional. It’s the type of album you can sit back with a mug of tea from a far away land while you look through your photographs on a Sunday afternoon.

Perhaps the experience would be altered if heard live at a festival or a smaller venue in the Greater Los Angeles area, but as it stands in digital form there seems to be less to offer. This seems to be a concurrent trend within the realm of indie and alternative rock presently – music more geared to the tour than at home with your headphones. There’s no grounds to slag either side of the argument nor Interpol themselves, rather an interesting point to bring up for those of us that consume too much music.

There’s no reason to be needlessly hard on the New York boys. This reviewer would contend that they’ve proffered much more content of value than many of their mid 2000s indie contemporaries. Despite lineup changes, festival dues and competition with anything seemingly related to The Black Keys, they’ve stayed true to form and seem quite concerned about alienating their fans. Their return was indeed a calculated one, and a thoughtful one at that.

Is El Pintor a poor album? Certainly not, nor is it even a disappointing set of songs. As it stands El Pintor is an inoffensive career revitalization from a band that deserves its just dues. Fans, both old and new, owe it a listen, and perhaps a hot cup of tea.