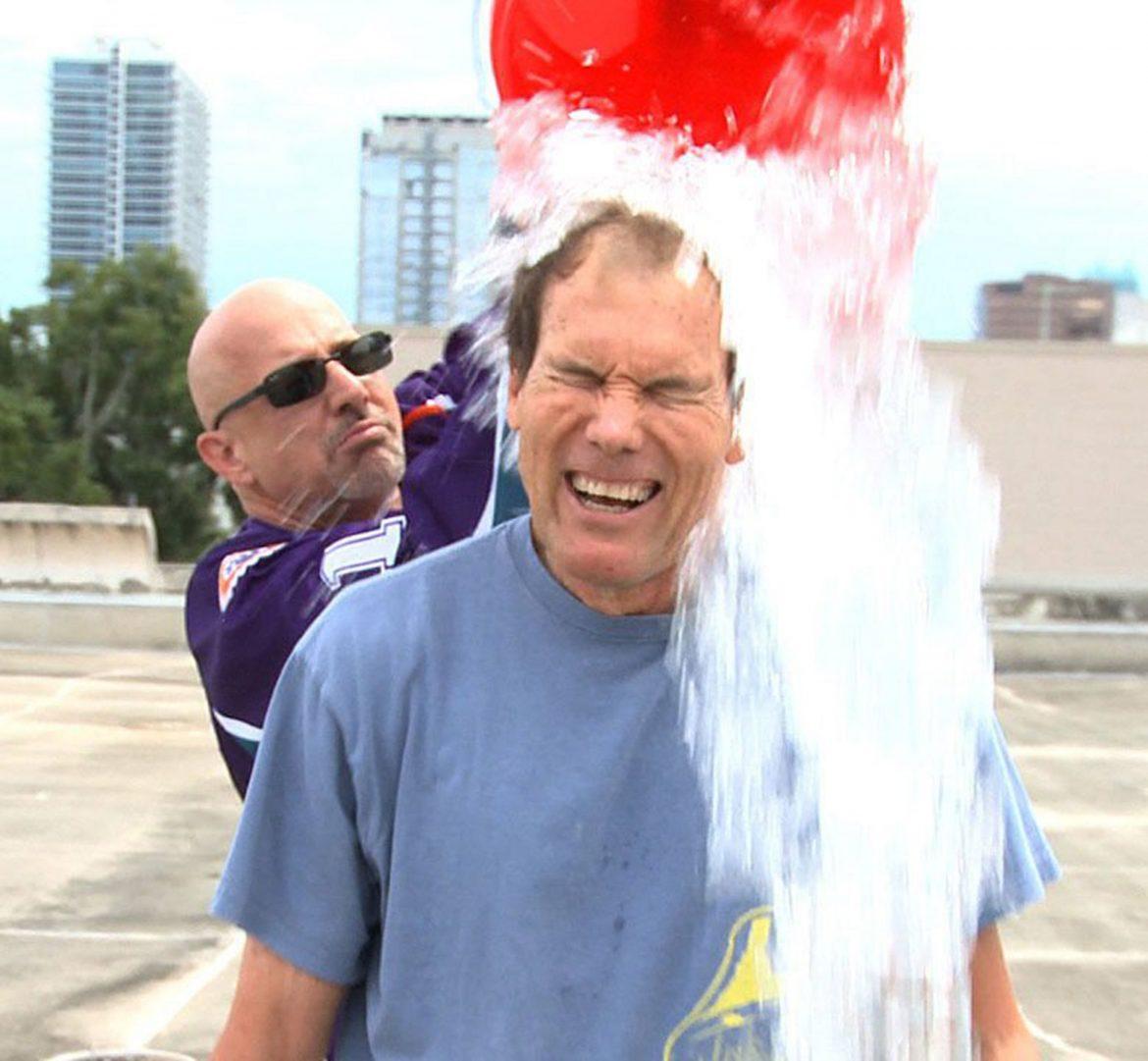 The ALS ice bucket challenge brings up the question: Is it really charitable or is it just a trend?

It’s hard to miss the social media phenomenon that has become the “Ice bucket challenge.” The challenge, which began at the end of July, was started in an effort to bring awareness to Amyotrophic Lateral Disease (ALS) also known as Lou Gehrig’s disease.I will confess that although I’d heard of the disease which was named after famed baseball player Lou Gehrig, I didn’t really understand the severity of it before this piece.

As time passed and videos took over the internet I started to wonder what impact the challenge was really having. I wanted to know more about what I was supposed to donate to and/or freeze for so I watched videos.

Out of the dozen or so ice bucket challenge videos I’ve seen, only one showed me the reality of someone living with the devastating disease and humanized the cause. ALS is a progressive disease that attacks the nerve cells between the brain and spinal cord. It blocks the impulses within the motor neurons which instruct the muscle fibers to move. Once these messages are blocked, the muscles begin to atrophy, resulting in weak limbs and difficulty speaking, moving, swallowing and breathing without assistance.

I can see the need and desire to bring awareness to the cause in hopes of finding a cure.

What I don’t understand is how this challenge which calls one to either donate money or get doused by a bucket of ice water before nominating others to do the same, helps to do anything more than get the name out and spawn new hashtags. The icy challenge has garnered what seems like an avalanche of support from celebrities, public officials and politicians, some of whom denied funding for the National Institutes of Health (NIH) which uses stem cell research to find cures for diseases like ALS, but that’s another story.

The #strikeoutals challenge has raised more than $100 million dollars in donations to the ALS Association since it began a little over a month ago, which is four times more than the organization collected in donations in 2013, but how much of that money will actually go towards research to “strike” it out?

A quick look at the philanthropic guide to creditable charities, charitynavigator.org and the organization’s webpage gives a better idea at how the funds are used. Charity Navigator gave the ALS Association 97 out of 100 for transparency.

However, the foundation’s own website admits that only 28 percent of the money taken in annually goes towards funding research. In other words, $31 million of the $110 million donated in the last 44 days will go to fund clinical trials and other research. Where’s the rest of the money going? The non-profit’s records show 9 percent going towards administrative expenses, with its CEO taking home nearly $340,000 last year.

The rest of the money goes towards education, community & patient services and fundraising. Even with all of the money donated to research there is no cure or treatment that reverses or arrests ALS.

The FDA has approved the drug Riluzole which has shown the ability to mildly stagnate the disease’s progression buying those with the disease a little more independence, but research has suffered as a result of funding cuts to the necessary programs.

Fighting for a cure is admirable, but what if there is no cure and very little of the money you donate is actually going towards the research necessary for such? Why has this cause attracted so much attention? Is it because people truly understand the disease and the cause or are they spurred on by celebrity endorsement to be a part of something?

The challenge has done great things to bring awareness to the acronym for the disease but I’m not sure it’s helped people to really see the damage it does to its host and/or the toll it takes on those around them.

The issue is overshadowed by the frenzy when catchy taglines like #strikeoutALS are misleading and come off like a well-played PR dream. The idea that dumping a bucket of ice water and/or donating will somehow eradicate this disease is good natured, but lacking in foundation.

What does dumping a bucket of ice water simulate? Is it supposed to give a glimpse into the neurological experience of someone with ALS, or is it just something “cool” to do?

In a world where people are dying from the lack of clean water and many of the nation’s areas are experiencing extreme drought, is this truly the best way to “help”?

For those diagnosed with Lou Gehrig’s disease, help is on the way. The ALS Association came up with a challenge to help raise awareness and money for the deadly disease. The activity is known as the Ice Bucket Challenge. While many people are opposed to this challenge, I actually favor it.

The participant has 24-hours to nominate three peers to partake in the challenge of dumping a bucket of ice water on their heads or to donate money to the ALS organization. Whatever the case may be, this trend is raising awareness for the 5, 600 people who are diagnosed with this disease each year. Since late July, many people from across the world have been participating in a phenomenon that has raised more than 94 million dollars.

With this money, ALS has been able to provide patients with the best care possible. The money being spent is going toward fundraising, advocacy and raising awareness. With many people taking videos of themselves getting drenched in ice water and posting it to social media, it is no wonder the phenomenon has taken off the way it has.

What makes the event even more fun is the fact that public figures are getting in on the action too. Celebrities like Justin Timberlake and Tyler Perry have shown their support to the ALS Association by dumping water and donating thousands of dollars. Because celebrities have participated in this event to raise money, it is attracting more people to follow in their footsteps.

Fifth year student at CSUN John Kennedy believes that social media and celebrities have contributed to the ice bucket challenge. “I believe once celebrities and public figures began challenging each other, it reached more people rapidly,” Kennedy said. Students at CSUN have even taken part in either donating money or doing the challenge.

I for one think that this is a great cause. I didn’t necessarily dump the bucket of water on my head, but I was able to donate for a charitable cause. The ice bucket challenge is a fun way to raise awareness about ALS.

It not only gets people talking about a good cause, but it is a cause that people will always remember. Although there is no cure for this disease, I know that I won’t forget the effects that this disease can have on people.

ALS is doing a good job in representing the people who have to live with this disease on a regular basis. While I may be in favor of the ice bucket challenge, there are others who oppose it.

As of this year, California is in a serious drought. Due to how quickly water is being used, people are being fined for its misuse. Some students at CSUN believe that the ice bucket challenge is a way for people to opt out of donating money to the ALS organization.

One student in particular is Bretta Cooper. Cooper believes that people are taking part in the ALS for good reason, and others just for the sake of not having to donate money.

“I think it has to do with a number of reasons”, says Cooper. “Some people can’t afford it, some want the attention, and others really do want to help the issue and spread the word.”

Whether we agree with the ice bucket challenge or not, it is evident that money is being raised for a good cause.

“I think it did exactly what it was supposed to. It raised awareness about the disease and raised a lot of money”, Cooper said.