Mayor speaks to Board of Trustees, recognizes CSUN accomplishments 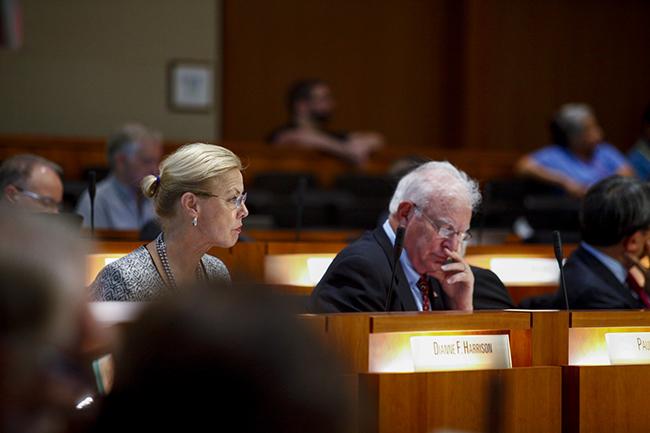 Long Beach mayor Robert Garcia spoke to the California State University (CSU) Board of Trustees on Sept. 10 for the first time since assuming office in July. Garcia said he was pleased to have the CSU Chancellor’s Office in his hometown.

“It’s great that Long Beach has the offices of the greatest university (system) in the county,” he said. A graduate of Cal State Long Beach (CSULB), Garcia said. “I am very proud to be a product of the California State University system,” he said.

Garcia then shared the story of how he immigrated to the US and would see the CSULB campus on his way to the beach as a child. When the time came to apply to school he knew where he wanted to go.

“Cal State Long Beach was the only school I applied to and luckily I was accepted,” he said.

Garcia received his bachelor’s degree in communications studies at CSULB and has since taught there and at Long Beach City College.

Garcia is the first Latino and first openly gay mayor of the city of Long Beach.

“He served as a student leader,” he said. “Today he is chief of staff for prominent member of the state assembly.”

White continued his report, speaking about various CSU accomplishments. CSUN was lauded for being named the Best College by the Daily News Readers’ Choice Awards.

White said CSUN’s Cinema and Television Arts department was also recognized by the Hollywood Reporter when they called it, “Hollywood’s best kept secret.” He added, “The secret is out.”

After approving minutes and other proposals, the relatively short meeting was adjourned at 12:30 p.m. The next Board of Trustees meeting will take place on Nov. 12 – 13 in Long Beach.