Revisiting the Freeway Series between the Dodgers and Angels: Column 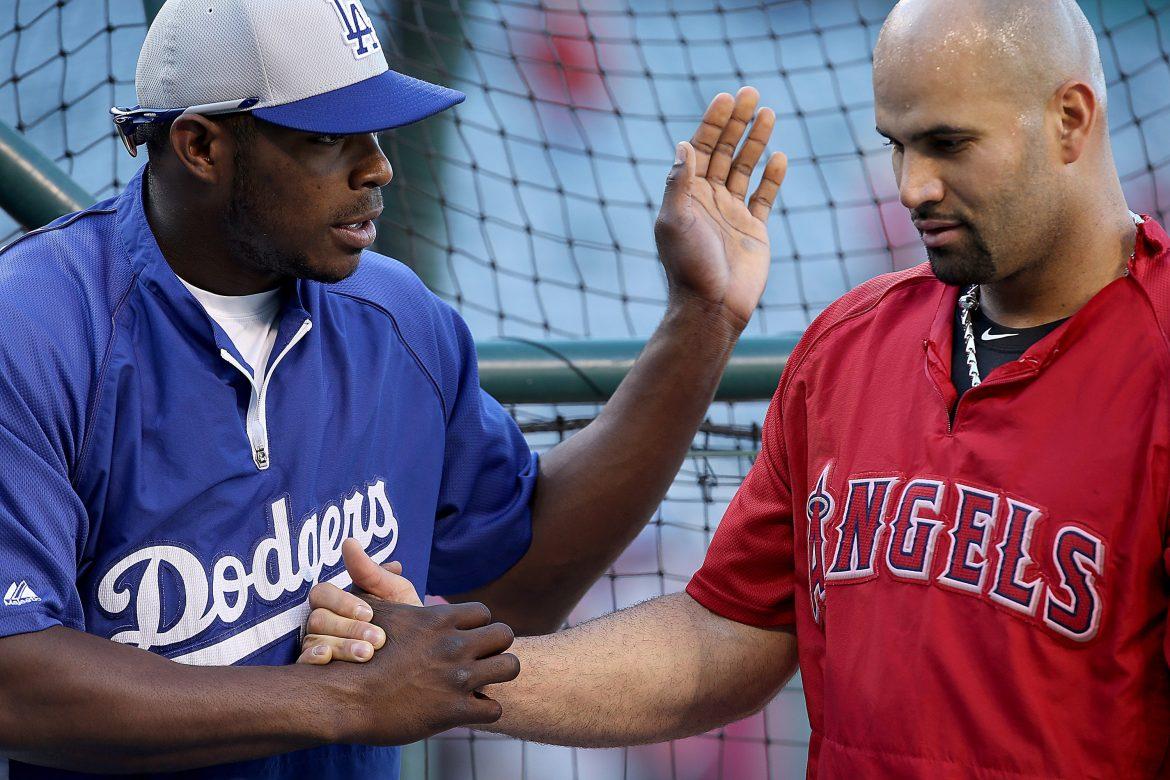 With the MLB regular season coming to a close over the next month, there is a chance that this year’s World Series could be a Freeway Series between the Angels and the Dodgers.

To this date, there has never been a freeway series for the World Series Championship. According to the Las Vegas Books, as of Sept. 8, both the Angels and the Dodgers have a 9-2 chance of winning the World Series. Along with the Washington Nationals, these three teams have the highest possibility of winning the world series.

Here is a position match-up based on the two teams projected starting uploads. All stats are as of Sept. 11.

Here’s how the two Southern California teams would match up if they were to meet in the World Series.

For most of the season, Iannetta and Hank Conger split catching duties. Last month, Angels’ manager Mike Scioscia gave the permanent job to Iannetta. Iannetta has not disappointed, hitting .258 with seven home runs and 43 RBIs. Ellis has been banged up and is having a quiet year. He is batting .188 with a home run and 16 RBI. Iannetta has 279 at bats so far and Ellis is at 260 this year. However, Ellis has hit more grounds balls that resulted into double plays. He has hit into 13 double plays while Iannetta only hit three.

Pujols and Gonzalez are having very similar years. Pujols is batting .277 with 26 home runs and 92 RBIs. Gonzalez is batting .279 with 23 home runs and 102 RBIs. Their on base percentages (OBP) are very similar, Gonzalez at .338 and Pujols at .331.  Both are very good defensive first basemen. They both have a .997 fielding percentage which is nearly flawless. Over his career, Pujols has hit for more power than Gonzalez, averaging around 37 home runs per season while Gonzalez has averaged around 25. However, I would probably be satisfied with any one of them.

Edge goes to no one. It is a push.

Kendrick is one of those solid veterans who never gets hurt and has almost the same stats every year. He is batting 291 with seven home runs, 67 RBI and 13 stolen bases (SB). Gordon, acting as the catalyst for the Dodgers, is batting .288 with two home runs, 30 RBI. He leads the major leagues with 59 SB. He also leads the league in triples with 12. Gordon’s OBP is less than impressive as it sits at .329. Kendrick’s OBP is at .347. However, Gordon is having a very good year leading the league in several categories.

Similar to Kendrick, Aybar’s stats have not changed much for the past five years. He is batting .286 with seven home runs, 66 RBI and 15 SB. Ramirez is having a relatively quiet season. He is batting .268 with 13 home runs, 66 RBI and 12 SB. However, Ramirez’s OBP is at a impressive .355 clip due to having so many walks. Although Ramirez has 130 less at bats than Aybar, Ramirez has 51 walks while Aybar has 31. Defensively, Ramirez has had problems. There was the question of whether he was a shortstop or a third baseman. Ramirez has had 16 errors to Aybar’s nine. Ramirez has had his ups and downs but his down year is still better than Aybar’s average year.

Uribe is known more for his spectacular defense but has been swinging a decent bat lately, although he was a little banged up earlier in the year. He is hitting .302 with eight home runs and 43 RBI. Uribe would be characterized as a free swinger, as he only has 12 walks. Third base has been like a revolving door for the Angels. Beckham was traded from the Chicago White Sox to the Angels a couple weeks ago. The former first round pick was hitting .221 before the trade but is hitting .292 with the Angels during his 12-game stint. Overall, the former first round draft pick Beckham is batting .225 with 8 home runs and 43 RBI.

Both of them have been underperforming this year. Hamilton is batting .263 with 10 home runs and 44 RBI while Crawford is batting .289 with seven home runs, 37 RBI and 22 SB. Hamilton started out the year on the right track but after the All-Star break, he is batting just .226. Crawford has been swinging a very hot bat as of late with a batting average of .517 the last nine games. I will have to give the nod to the hot bat although both of them have been shelved this year in different parts of the season.

Edge goes to the Dodgers

What is even more perplexing is that Puig did all that in 33 games. He has not hit a home run since the last day of July. If we were to be picky with Trout, the one downside may be that he strikes out a lot. He has 164 strikeouts which makes him the sixth most player with strikeouts in the league. There is no question that Trout is the all-around better player.

Edge goes to the Angels

After Kemp was injured most of last year, he came back with a vengeance this year. He is batting .283 with 19 home runs and 69 RBI. However, Calhoun has not been much of a slouch either. Although, he was hurt for a little in the beginning of the season, the Angels’ lead off batter is batting .282 with 16 home runs and 53 RBI. Calhoun has a .330 OBP and a .445 slugging percentage which ranks him at the top among all leadoff hitters in the American League. Defensively, Calhoun has been better, racking up eight assists with just one error. Kemp has been a liability with six errors and only three assists.

This is hard to select Calhoun over Kemp, but his importance at the top of the rotation gives him the the nod.

The postseason is scheduled so that only a three-man rotation is needed, instead of a five-man rotation in the regular season. Is there even a question as to which trio has been better and will be better?

Kershaw is a two-time Cy Young Award winner and will probably win a third one this year. He is leading the league with 18 wins and an ERA of 1.67. Greinke has also been fairly dominant with 14 wins and a 2.73 ERA. Ryu has been banged up a little bit but came back from the disabled list and has 14 wins with a 3.16 ERA. Angels’ ace Garrett Richards was having an outstanding season for the Halos until a torn left patellar tendon put him out of service for six to nine months. He had an ERA of 2.61 which was best among the Angels starters. Rookie pitcher Shoemaker has been trying to fill in Richards’ shoes as the ace for the Angels as he is sporting a 3.16 ERA and a 15-4 record. Weaver and Wilson are both having down years.

Dodgers have the clear edge.

Relief pitching has been a mess for the Dodgers as they can not seem to hold the lead in the seventh and eighth innings. Howell has been fairly dominant but is only used as a left-handed specialist. He has an ERA of 1.20 in 45 innings pitched. Wright has been terrible and Wilson, the former closer for the San Francisco Giants, has been worse. Jepsen, Smith, Salas and Morin all have ERAs under 2.65 and have done a very good job holding leads.

Angels have the clear edge.

Clearly, you can see that the Angels are dominant in a lot of different areas. They have potential AL MVP Trout roaming in the outfield with 3-time MVP Pujols standing on first base. However, the Dodgers are going to have their scary starting pitcher trio of Kershaw, Greinke, and Ryu. Ryu is the worst out of those three but arguably better than any of the starting pitchers for the Angels.